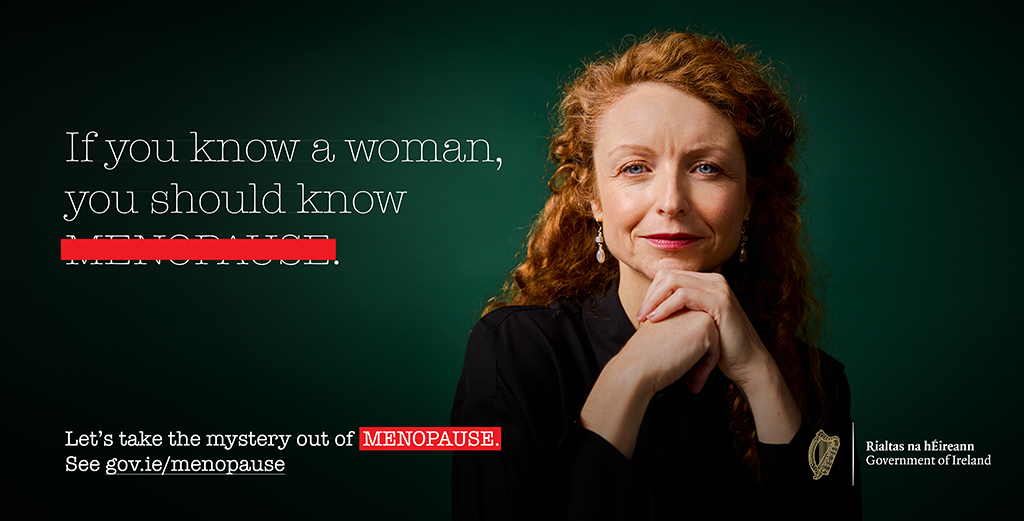 Javelin has rolled out a new campaign for the Department of Health to stimulate conversation around menopause.

Half a million women experience menopause at any one time in Ireland, however  it is not something that’s really talked about. So much so that many women don’t recognise the symptoms in themselves.

The campaign entitled “Menopause Redacted” highlights the lack of openness around what is a natural part of life. The work features an empowered, confident woman, accompanied by a redacted copy line, with a graphic obscuring the word ‘menopause’, making it invisible, as if removed from the conversation. The intention is clear, it is to challenge all to be more informed about menopause.

“The need to start an open conversation around menopause was a key insight from the radical listening exercise commissioned by the Women’s Health Taskforce. Women told how the lack of information on menopause left them unprepared for the impact their symptoms would have on them, physically and mentally,” says  Deirdre Watters, head of communications, Department of Health.

“While we know that over 50% of the population will experience menopause, all of us know someone going through menopause or who will go through or who has been through it. This campaign seeks to change the conversation around menopause to one of acceptance, openness, and empowerment,” she adds.

“The discourse around menopause is at times limited to old stereotypes and jokes about moodiness or hot flushes, so our current work is designed to challenge existing perceptions and normalise conversation regarding women’s health. It has been a pleasure for Javelin to be part of something so important,” adds Ken Ivory, director, Javelin.