KICK has rolled out a new humorous campaign for 5 Lamps, the C&C-owned beer which is born and brewed in Dublin.

Called ‘The Beer from Ah Here!’ the campaign will run on VOD, social, radio, out-of-home, and in-store, as well as having a strong on-trade presence.
The commercial was directed by Chris Cottam for Pull the Trigger under the creative direction of KICK.

The campaign features comedic performer Joe McGucken, best known for his involvement in RTE’s Darren and Joe’s Free Gaff and it introduces 5 Lamps through a fun take on Dublin-isms that appear on the brand’s glassware and delivers 5 Lamps as the beer from ‘ah here’. 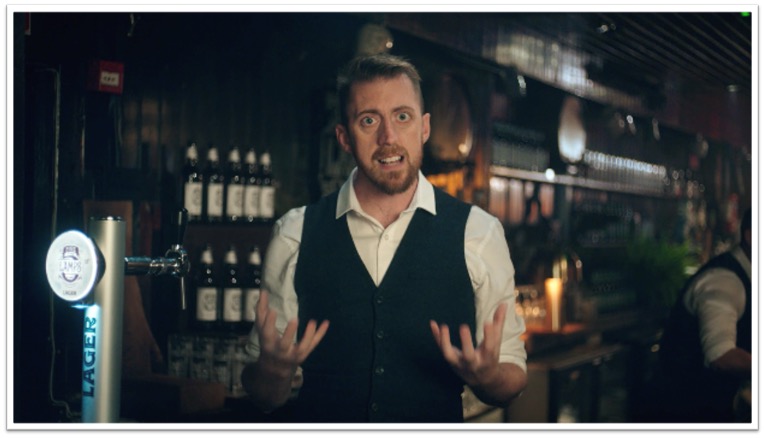 True to the humour and irreverence of the brand’s roots, KICK took inspiration from well known Dublin colloquialisms on 5 Lamps glassware, including ‘I will yeah’, ‘gas ticket’, ‘c’mere till I tell ye’, ‘sure, it’ll be grand’ and ‘scarlet for you’.

Relaunching 5 Lamps, the campaign champions the character of Dublin, its colourful people, their language and the city’s public houses, where the great and the good all mix sharing their stories and their banter.

According to Neil McKenna, CEO of KICK: “This ad campaign celebrates Dublin, its characters and its storytelling, through a pint of 5 Lamps. We wanted to get across the message that Dublin has a local beer, and it’s when you’re having a beer that you hear those wonderful Dublin terms that 5 Lamps have made synonymous with their brand. It is for that reason we came up with the title, ‘5 Lamps, the beer from ‘ah here’.
“Chris was wonderful to work with. He got the concept we were after immediately and executed the idea perfectly. Joe was also great. His sense of humour fitted the brand so well, we couldn’t have asked for more,” says McKenna. 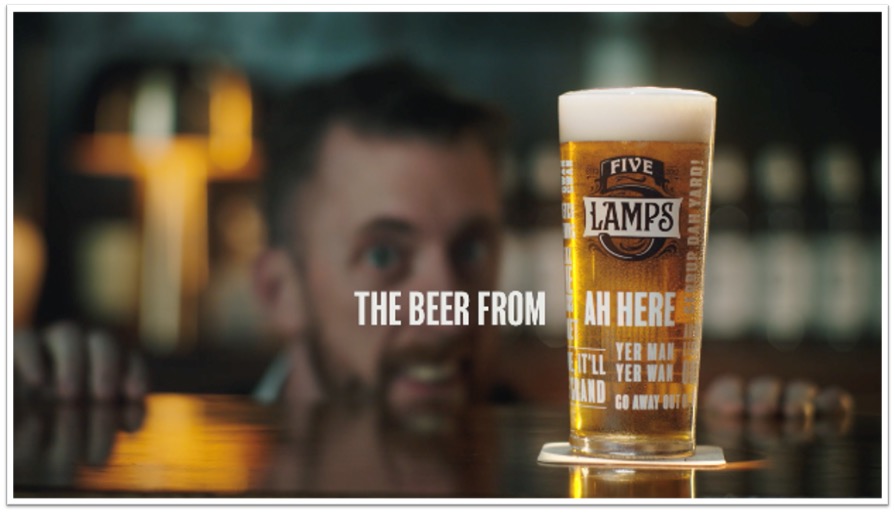 “The new 5 Lamps campaign celebrates our capital city and the people that live in it now, not only those born here. What KICK have achieved is to encompass all the humour and colour of Dublin mixed with the roots of our product and the pub setting,” adds Karl Donnelly, marketing director for Bulmers Ireland, part of C&C.

“We are delighted to have the talented Joe McGucken fronting the ad campaign and really enjoyed working with the creative talent of Chris Cottam and KICK who have delivered an ad so true to brand,” he adds.