The campaign, which is called “Less Ugh and More Ahh,” features comedian Emma Doran and taps into the feeling we’ve all had – when you head to the fridge and realise there’s no essentials, like milk, butter and eggs.

To help increase awareness around the MyMilkMan.ie brand and drive sign-ups to the delivery service a new video was created, consisting of five ‘ugh’ scenarios and captured new campaign photography. From this shoot a new suite of campaign assets for the ‘For less ugh and more ahhh’ campaign were produced, across digital audio, display, VOL and paid social media. Two 30 second ads were also produced and will run on digital audio as well as radio. 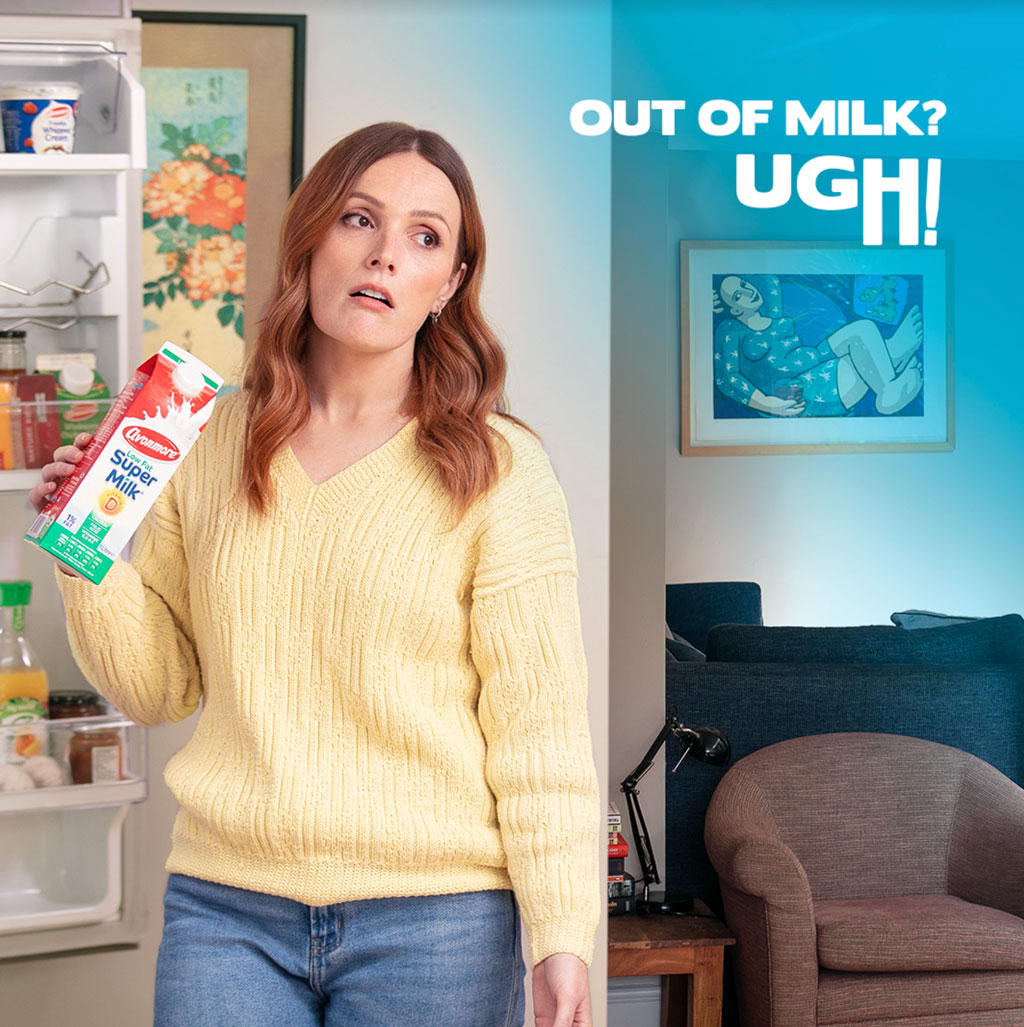 According to Rob Jordan, head of marketing and communications at MyMilkMan.ie: “The new “For less Ugh and more Ahh” campaign dramatizes the consumer pain points in a really imaginative and engaging way. The teams at ZOO and Design for Life really understood the mymilkman brand and proposition. We’re delighted with the campaign – it’s the first time we’ve created live action video, and along with the radio, it has really re-invigorated the MyMilkman brand. “