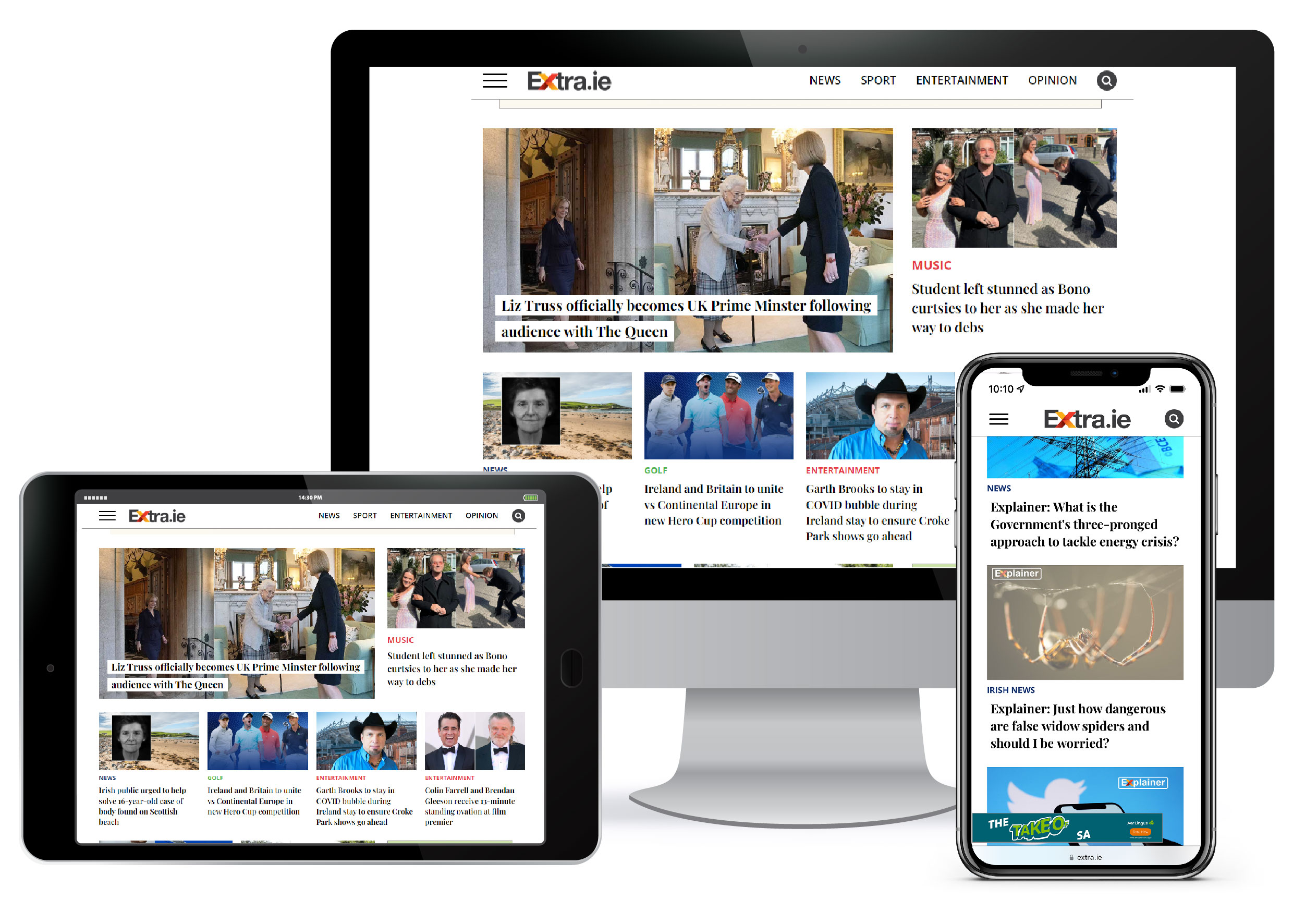 The DMG Media-owned news, entertainment and sports website has launched a redesign with a fresh and bold new look.

According to the publisher the site has been “streamlined for ease of access to the most popular sections of the site’s loyal user base of 1.6m users, the redesign has been developed with its predominant mobile audience (+90%) in mind.”
The publisher says that it was “soft-launched” during the summer and “the more responsive, image-led mobile site has resonated sharply with users. Extra.ie users have increased by almost 20% since launch, with the average session length up by 17% on the previous two-month period.”

“Dedicated slots on the home page – news, sport, entertainment and property, give the homepage more cohesion and offer readers a sense of familiarity as well as ease of use. The new look Extra.ie has also prioritised a more immersive experience, with an editorial emphasis on recirculation of users throughout the ecosystem that was established in 2017.”