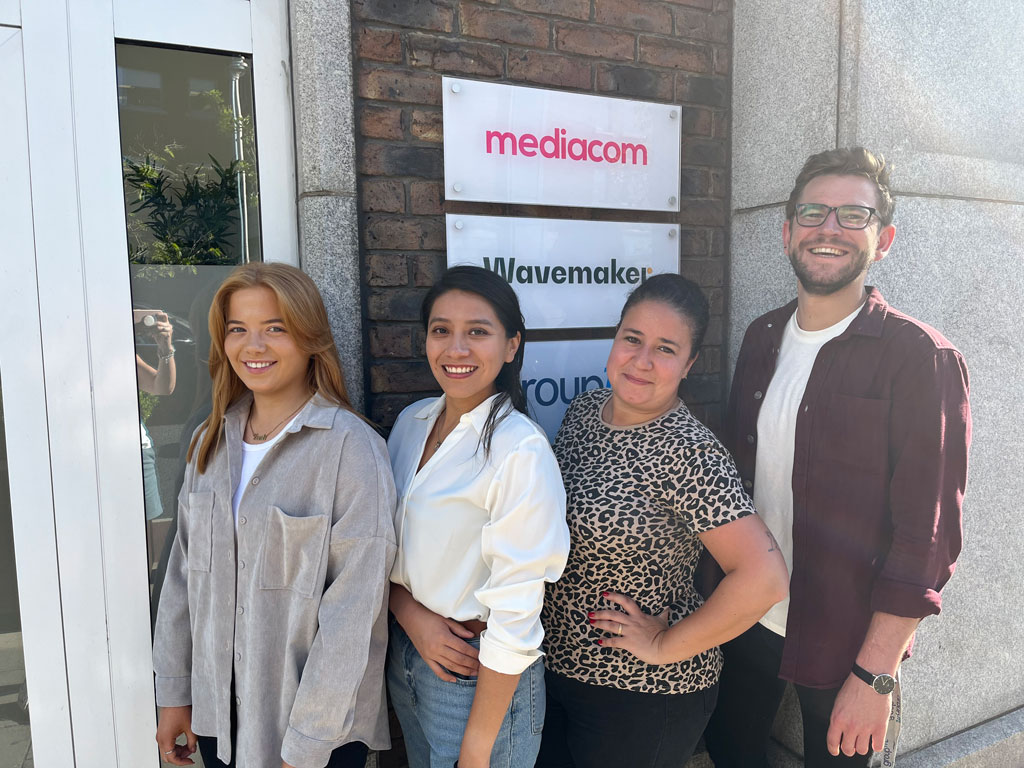 MediaCom Ireland has continued its recent hiring spree with the appointment of four new staff to the agency team.

Allen joins MediaCom from Mammoth, where he has over four years’ experience in a variety of roles, including media executive, media planner and media manager. Trejo, meanwhile, previously worked as a digital manager in MediaCom Mexico.

For her part, O’Brien joins the agency from the Dalkey Duck, where she was social media assistant. She graduated from Technological University Dublin (TUD) in 2022 with a Bachelor’s Degree in Advertising and Marketing Communications. Capucho joins from The Public House and has over five years’ experience working as communications and marketing analyst. She graduated from the University of São Paolo (Brazil) with a Bachelor of Advertising and Marketing and completed a Diploma in Digital Marketing from Digital Marketing Institute in 2021.

“On behalf of the management team at MediaCom, I would like to extend a warm welcome to our four new colleagues. These four new appointments speak about the growth and trajectory of the agency as we continue to expand our client service offering, in turn creating new roles across executive and management levels,”  says Ed Ling, chief growth and operations officer, MediaCom.