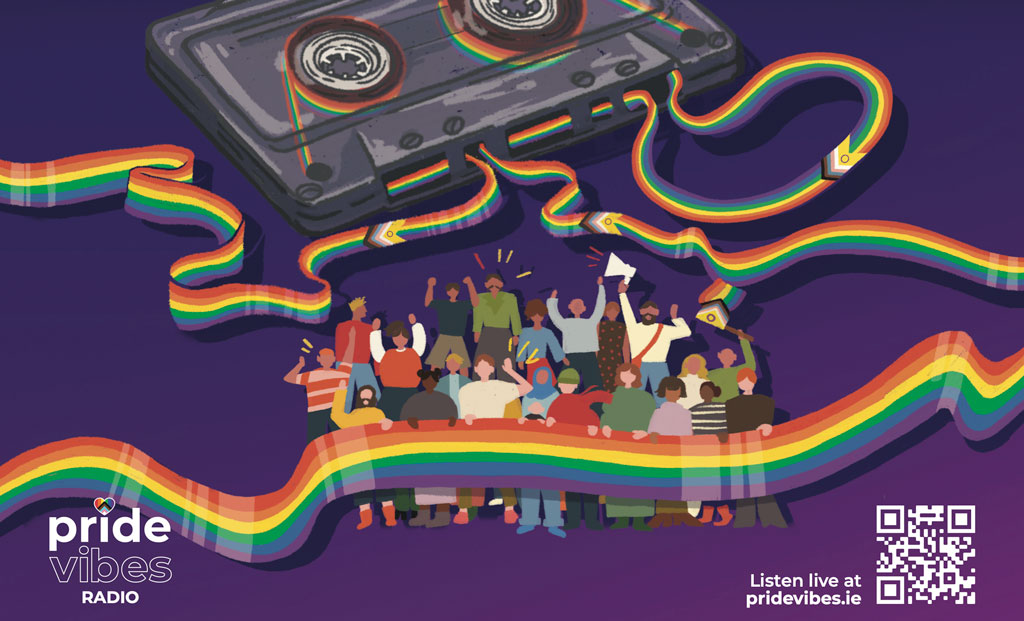 Core has developed and launched a campaign to promote Pride Vibes – Ireland’s first station celebrating the successes of the LGBTQIA+ community. Developed by Wireless Ireland (Urban Media), Pride Vibes remains on air hosting shows and conversations around the issues that matter to the community. The station has partnered with Belong To, Dublin Pride and Gay Community News (GCN).

Core collaborated with Irish illustrator Selkies, who was profiled by GCN as an up-and-coming queer Irish creative, to develop a visual which showcases how Pride is both a celebration and a protest. Pride events have continued to take place in regions across Ireland, and Pride Vibes remains on air to show solidarity with the community.

According to Brian McCarthy, sales director at Urban Media : “When we launched Pride Vibes our ambition was to give a voice to the LGBTQ+ community. We wanted to provide an audio space where people could enjoy great music, tell the stories and discuss the challenges of being LGBTQIA+ and help educate those who wanted to know more about what is an increasingly diverse community. I’m incredibly proud of the work we have done with the station and we wanted to ensure it reached as many people as possible. I’m very grateful to Core and to all the publishers who have helped us promote Pride Vibes, and spread this positive message further than we ever possibly could have on our own.”

“Pride does not end on the last day of June and we are grateful to Pride Vibes for continuing to promote the various Pride events that occur across the country, including Trans Pride this Saturday in Dublin,” says Finian Murphy, marketing director, Core. “Our values at Core are “Togetherness” and “Make a Difference,” so I’m really grateful to the crew across Core who developed, produced and now have live a campaign to promote Pride Vibes. Keep Pride going and tune in today,” he says.

Pride Vibes can be listened to at pridevibes.ie/player.