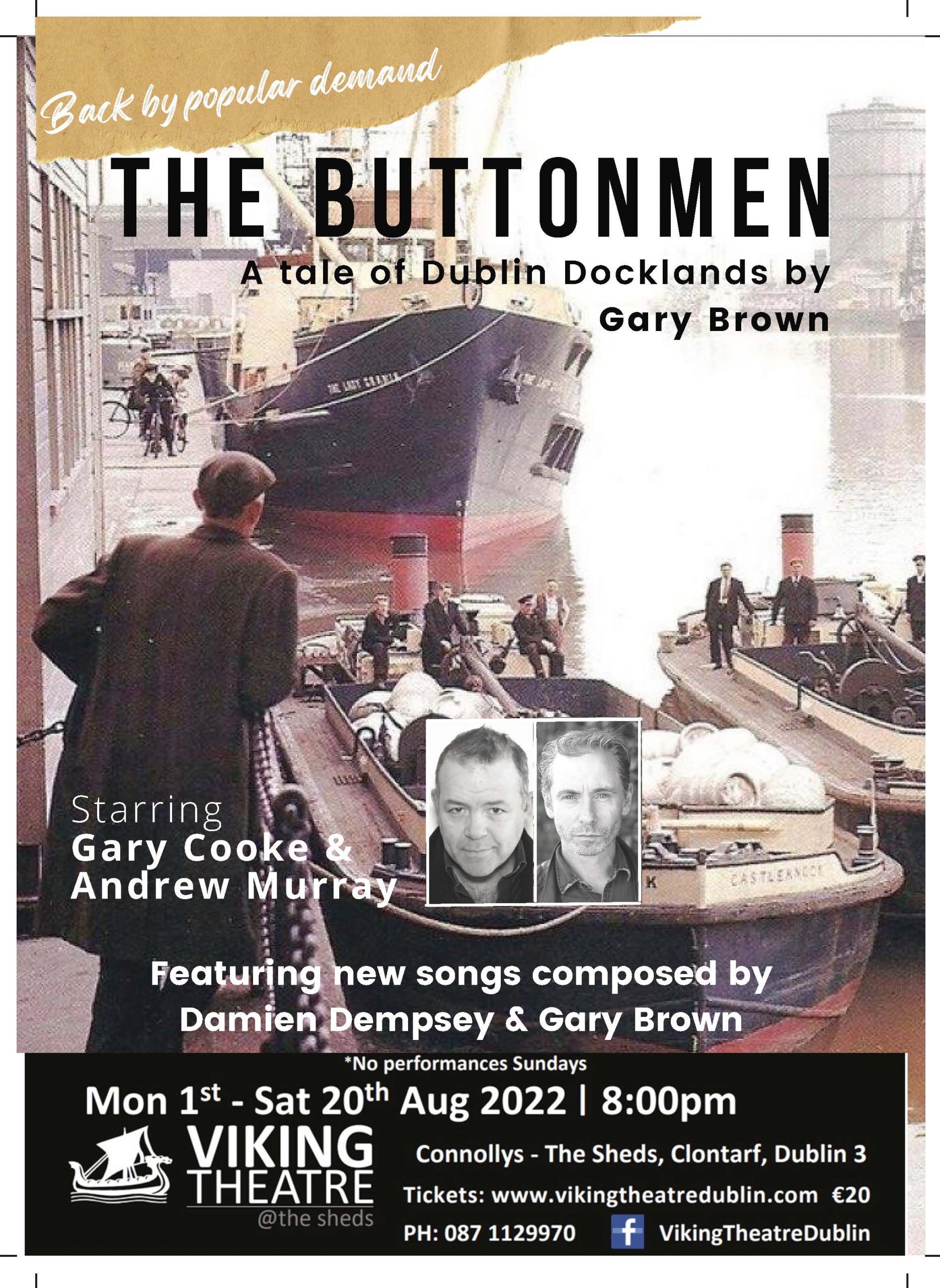 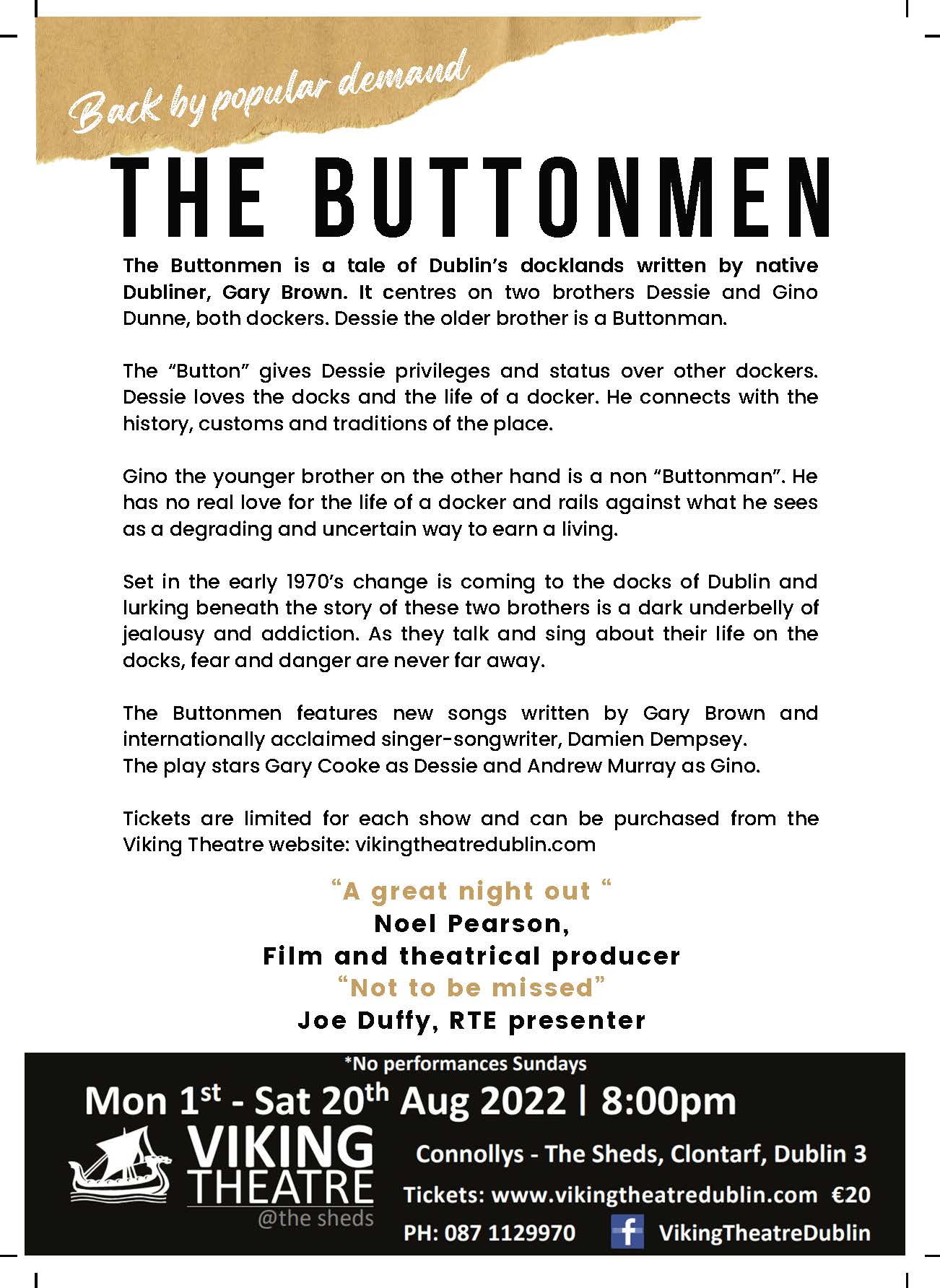 It’s competition time and Adworld.ie has two tickets to the opening night of The Buttonmen, the powerful stage play penned by Gary Brown, the well-known marketing expert and former chairman of Folk Wunderman Thompson.

Following a successful three-week sell out in April, the play is returning to the Viking Theatre between August 1st and August 20th. The Buttonmen tells the story of two brothers who work as dockers in the early 1970s and features new songs which Brown has co-written with the well-known singer and songwriter Damien Dempsey. It stars Gary Cooke and Andrew Murray.

Brown made his successful debut as a playwright in 2019 with two plays – Back Live and It’s Not Easy.

For a chance to win 2 tickets to the opening night of the play in addition to complimentary drinks, simply answer the following question: