The “It’s Real” campaign includes a suite of content, including a 20” digital audio asset with activations at Longitude and university campuses later this year.

48, which is owned by Three Mobile, is a youth-focused mobile network that offers a range of features including contract-free plans, the ability to donate data to charity as well as carryover data to the next month.

According to The Public House, the strategy behind the campaign was informed by robust qualitative and quantitative research amongst 48’s key target audience, Gen Z. Research highlighted that this group tends to have high expectations of brands, their peers, and even those in power, but surprisingly low expectations when it comes to mobile networks. When shown 48’s mobile offering, some thought it was too good to be true and dismissed it as ‘fake news’. The thought behind the campaign sprung from this sense of disbelief.

The “It’s Real” campaign is built around the idea that 48 mobile’s new offer is so unbelievable that even mythical creatures find it hard to believe when they first hear about it. Unicorns, Centaurs and Medusa are all pleasantly surprised by what’s on offer for €12.99 a month.

“The mixed media approach of the campaign was informed by the random variety of content that Gen Z consumes through TikTok, Giphy, Instagram stories and memes. This gave us the licence to have 3D and 2D illustrations side-by-side, and to develop a cast of characters that were all created by different illustrators with contrasting styles. The Canadian production house, Wonderlust, was instrumental in bringing this campaign to life,” says the agency.

According to Clare Aughney, marketing manager, 48: “48 is one of those rarities – a network with great coverage, all the data you could need and great value – a combination our target audience found hard to believe. This campaign builds on the distinctive brand world we’ve created for 48, whilst playfully demonstrating 48’s strength as a network of choice for Irish youth”.

“It’s rare to get such animated responses to a brand or product in consumer research, but the way 18-24s reacted to 48’s youth focused offering gave us confidence that we had a strong story to tell,” adds Sarah Walsh, head of strategy, The Public House. 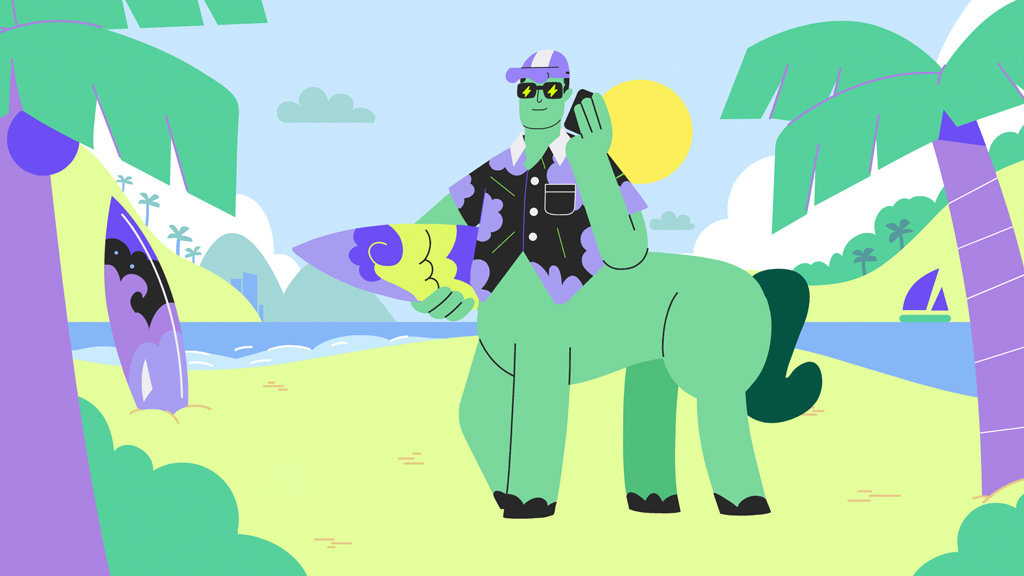