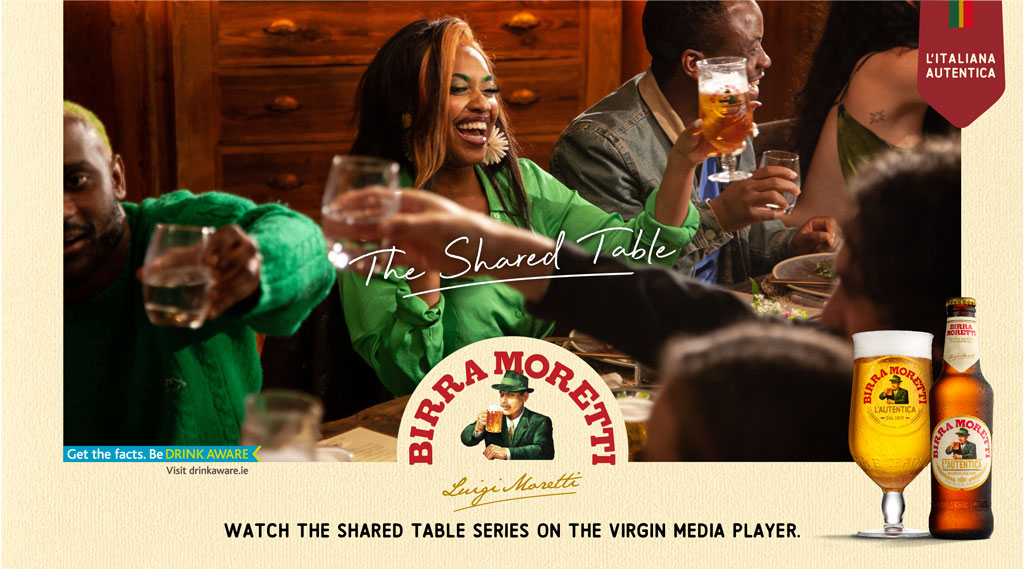 Virgin Media Television has teamed up with Birra Moretti and Appetite Media to sponsor a new mini-series called ‘The Shared Table’ on the Virgin Media Player,

The new series kicks off on Monday, June 6th.

The three-part series is an interview-based show about sharing untold stories around a shared table. Hosted by Eoghan Doherty, the presenter travels to Dublin, Cork and Westmeath to chat to guests Gino D’Acampo, Denise Chaila and Patrick Kielty. 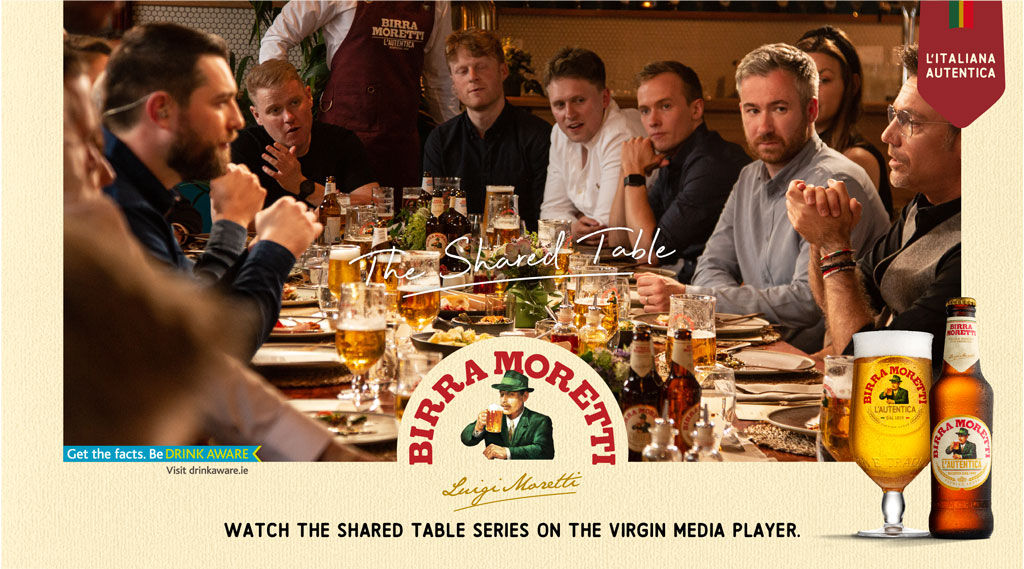 All three episodes will be available to watch on Virgin Media Player from Monday onwards.

Meanwhile Virgin Media TV has also announced that that Sky’s streaming service NOW is to sponsor Love Island, which will kick off on Monday, June 6th. Once again, the popular series will be co-presented by Laura Whitmore.  As part of the deal,  NOW will sponsor the full series on Virgin Media Two and Virgin Media Player, as well as elements of social media sponsorship across VMTV social platforms.