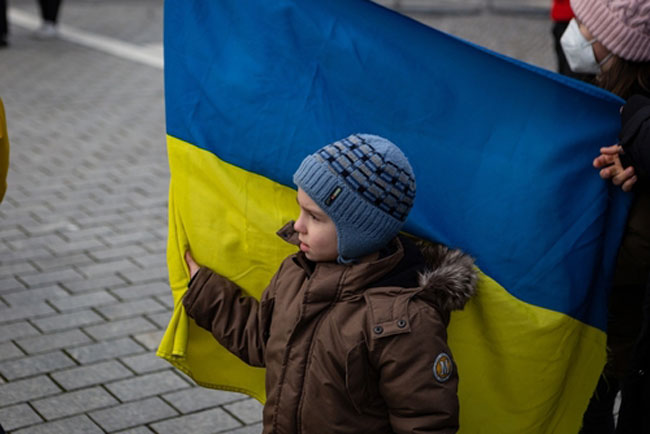 With the war in the Ukraine entering its sixth week and rampant inflation taking root in the Irish economy, consumer confidence has dropped according to the latest B&A Consumer Confidence Barometer.

This research for the Barometer was conducted between March 3rd and March 14th. According to the Barometer, consumer confidence is now at -52, down from -33 in
February and at its lowest level for more than a year. 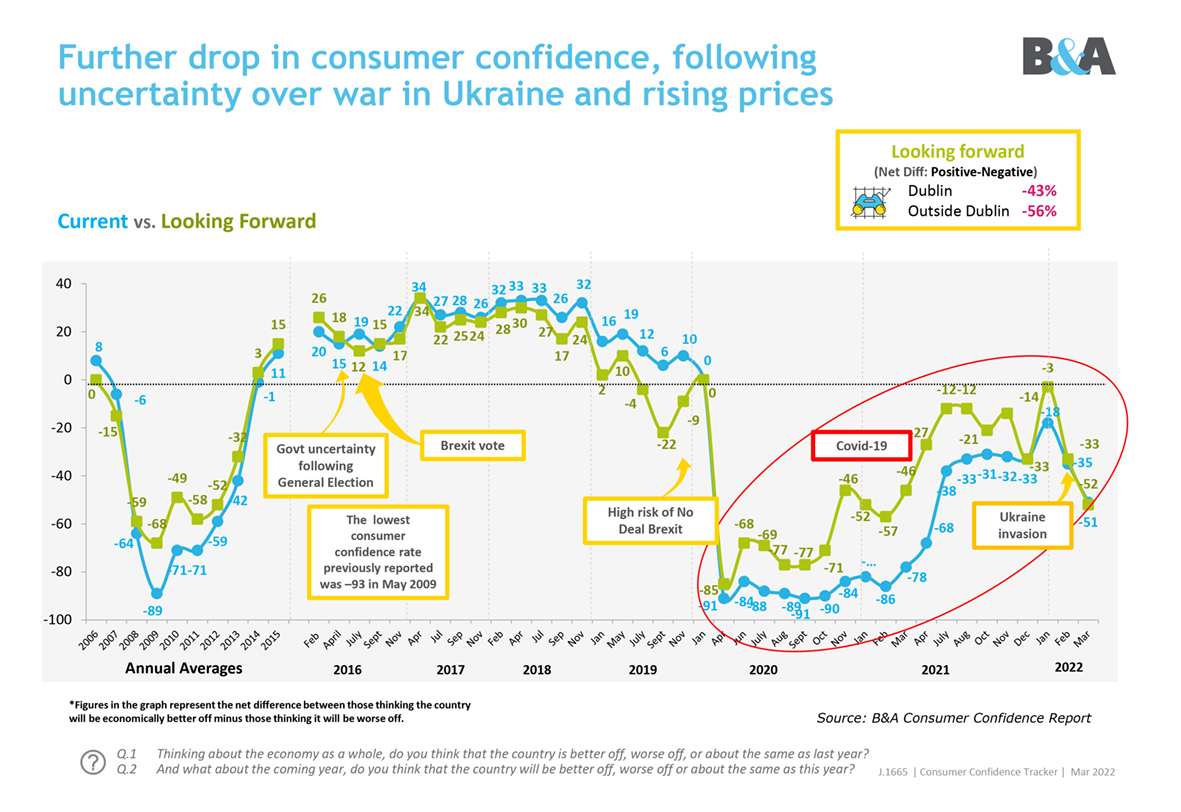 Confidence is down across all demographic groups, but women, the 55+ year old’s and those living outside Dublin continue to have the most negative outlook. 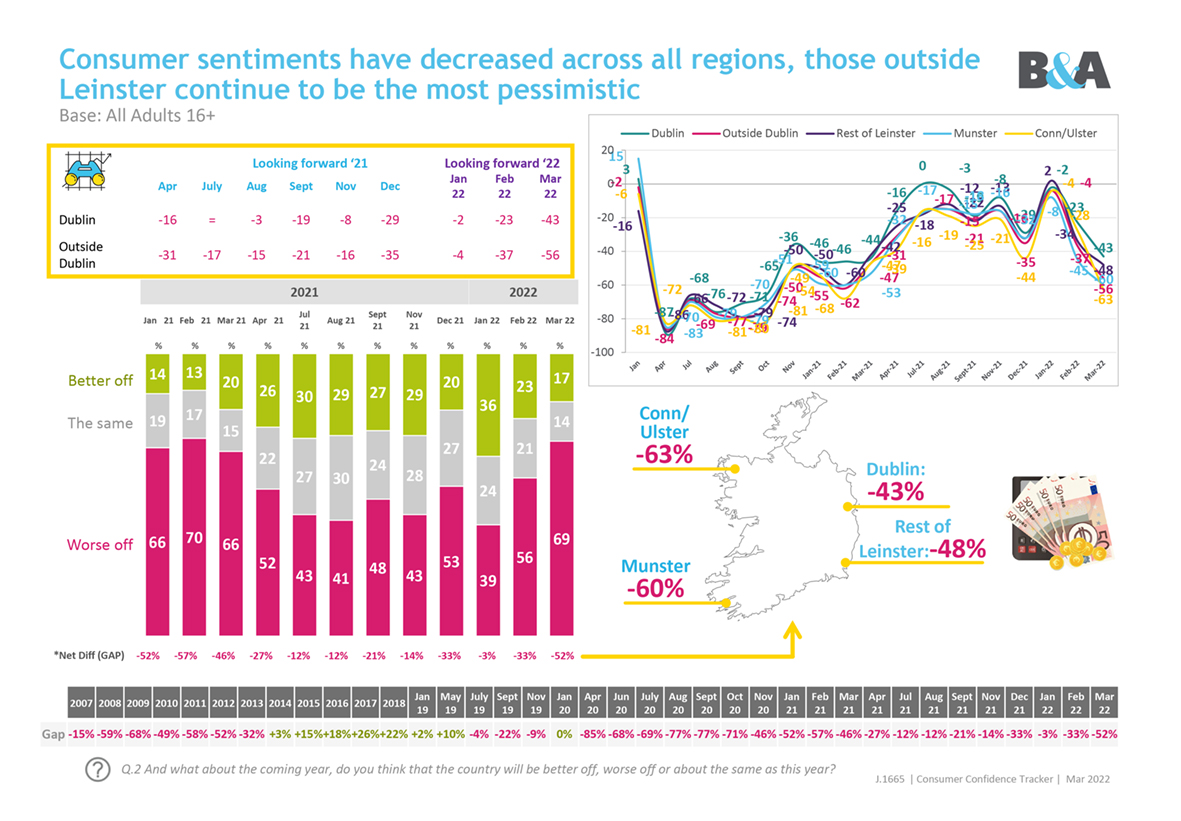 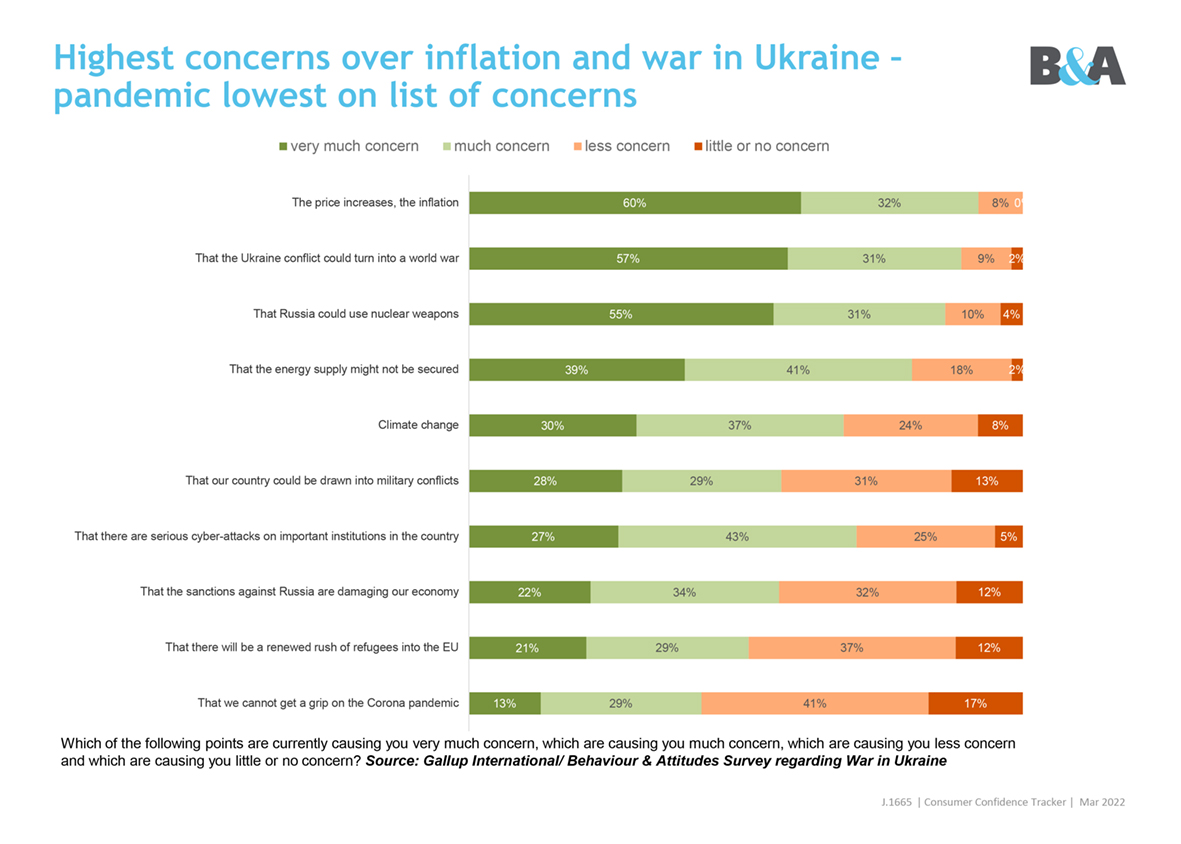 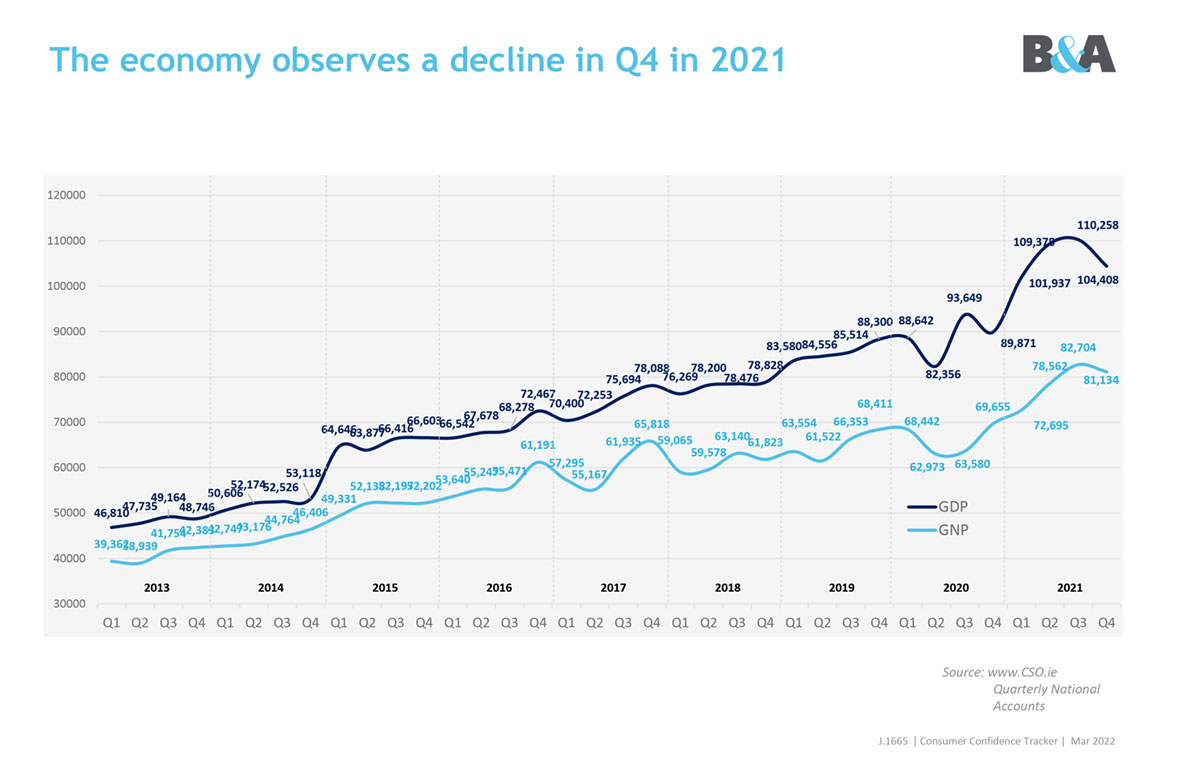 The B&A Consumer Confidence Barometer also shows that savings intention is also down, and consumers are less optimistic in relation to value of personal assets compared to February.

A full copy of the research is HERE