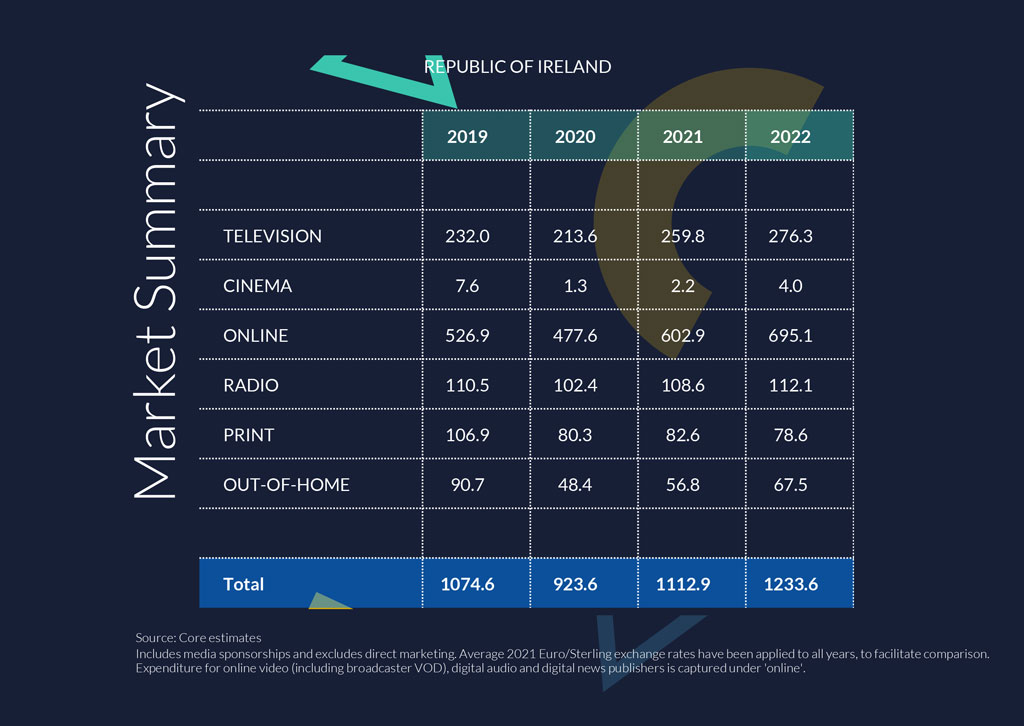 Advertising investment in the Republic of Ireland is forecast to grow by 10.8% to €1.23bn this year, according to the latest annual Outlook report published by Core.

The forecast growth rate for 2022 follows an estimated growth rate of 20.5% last year when total investment in the market amounted to €1.11bn according to Core.

“Although we have seen growth in the opening months of 2022, it has been a little slower than expected. We are, however, still forecasting double digit growth in the Republic of Ireland. We estimate a 10.8% increase to €1,233.6 million with most media registering increases on the 2021 levels,” notes Core’s Outlook report.

As expected, digital will drive much of the growth, according to Core. “The online industry reaped the benefits of continued lockdown and restrictions in 2021. Core estimates that advertising investment grew by 26.2% to €602.9 million in the Republic of Ireland. This figure includes search, social, classified and display spends. Display is a catch-all description for online video (including broadcast players), digital audio, email, text and native formats,” the report says.

The Core Outlook report is also forecasting a good year for TV and VOD advertising.

“Core believes the TV market will continue to grow in 2022 as confidence continues on the back of a strong 2021. We are forecasting 6.3% growth in TV advertising investment to €276.3 million in 2022,” the report says. 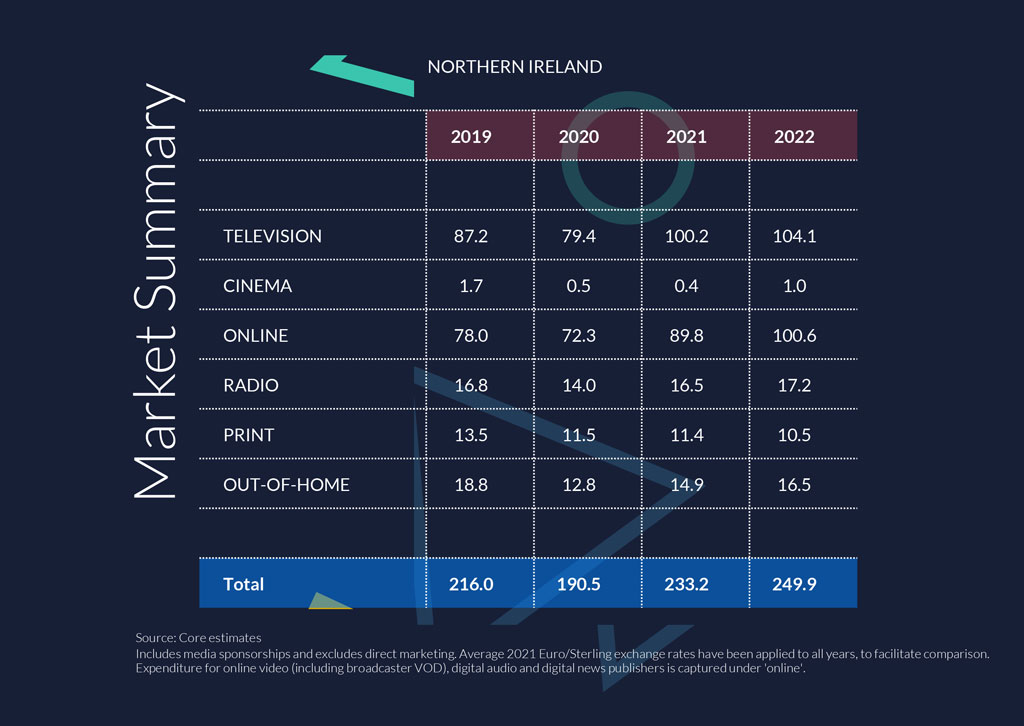 Meanwhile the radio market is also poised for growth and in 2021, the overall radio market was valued at €108.6 million, according to Core. “This represented a 6.1% increase on 2020. Growth was seen across the national and local stations, however despite growth of circa 12.4%, the local and direct market remains significantly lower than 2019,” it says.

“In 2022, Core forecasts continued growth, albeit, at a slower rate than 2021. We estimate that the radio market will grow by 3.2% to €112.1 million this year. As Government support on Covid-19 activity slows, we expect growth to be driven by direct and local radio spends.” 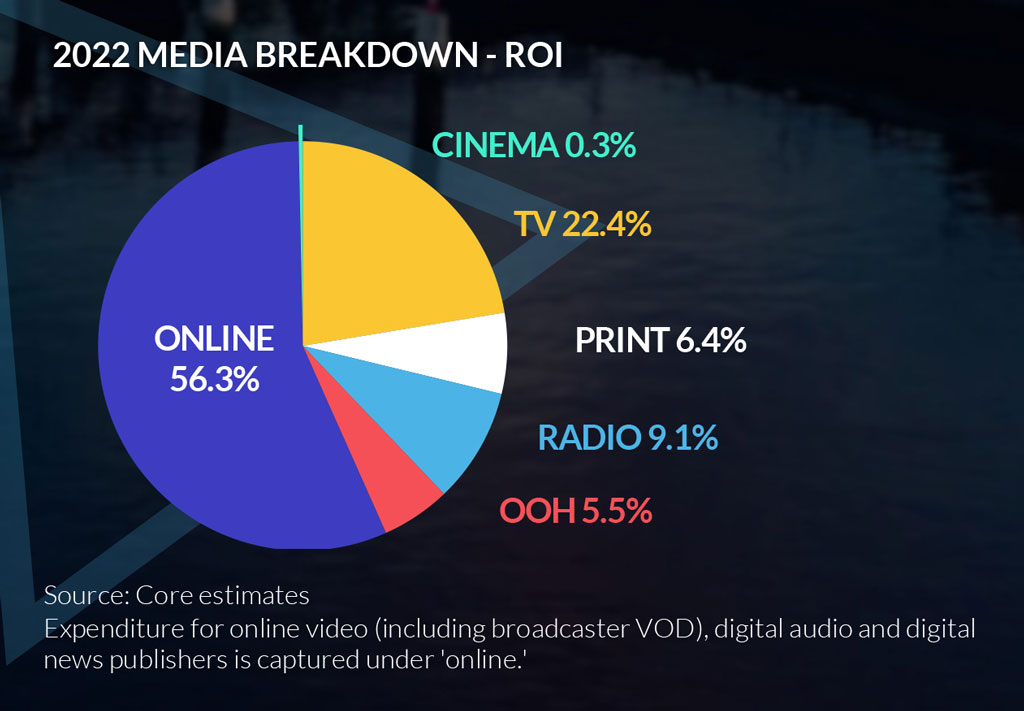 According to Core “the print industry was severely impacted by the pandemic on both a national and local level in 2020. As we entered 2021, we were forecasting a continued decline in expenditure for the sector. However, a stronger than expected performance with direct business and local press,  halted the decline last year. In the Republic of Ireland, total investment in print advertising increased by 2.9% to €82.6 million last year. National titles saw a slightly lower growth of 2.7% in 2021, recording a spend of €68.8 million.”

Elsewhere, Core is expecting OOH to continue its strong rebound from an estimated €56.8m  in 2021 to €67.5m this year while cinema advertising is expected to nearly double to €4.0m.