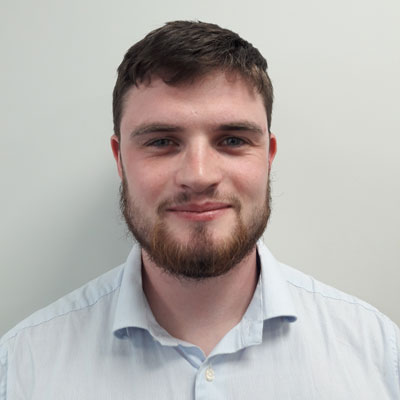 Irish consumer confidence has reached its highest level in over three years according to the January edition of RED C’s Consumer Mood Monitor, writes Colm Finlay. But rising costs are a problem.

For the first-time since June 2018, long before the pandemic, more people believe the Irish economy will fare better in the coming six months than believe it will fare worse. This recovery in consumer outlook is largely driven by the lifting of most COVID-19 restrictions, with over 4 in 5 believing the pandemic will get better or stay the same in the coming six months. There is also evidence that consumers expect life to return to normal, with the majority now believing that the jobs market will improve in the next six months, a considerable increase on pandemic era levels.

With most restrictions being lifted, and a widespread belief that the worst of the pandemic is behind us, consumers are planning on increasing their spend across a number of key categories including consumer goods and entertainment, as well as on garden improvements as we head into spring.

An important indicator of disposable income, the level expecting to increase their holiday spend is also at the highest level in ten years of polling. This is driven by higher confidence in the economy as well as by the fact that spending has been depressed during the pandemic, and many consumers have built up considerable savings.

However, there are also some warning signs, with the vast majority of consumers (95%) saying they are worried about the rising cost of living. This is driven primarily by rising energy costs, with over 7 in 10 saying they expect to spend more on household bills. Rising fuel costs as well as Brexit disturbances, both geopolitical as opposed to Irish issues, are also contributing to rising food costs with 42% expecting to have to spend more on groceries, among the highest levels ever recorded.

Moreover, over 4 in 5 are still worried that Brexit will harm the Irish economy, a figure that has barely changed in the six years since Brexit was announced or the two years since the UK left the EU. Interest rates are also in the public consciousness at the moment with 6 in 10 Irish adults believing that the cost of borrowing money is on the rise.

All of these factors together have resulted in a certain cohort of Irish adults feeling financially squeezed in their day to day finances. Almost two in five (39%) still say they are living comfortably, and a further 27% say they are neither comfortable nor struggling, however this financial pressure does mean that a third (34%) of Irish adults are currently struggling to make ends meet. Those who appear to be struggling most are in what is often referred to as the squeezed middle, aged 35-54, lower social grades and parents of dependent children.

While there is growing optimism around the jobs market, the mood remains decidedly more pessimistic in regards to levels of discretionary disposable income. Parents in particular, while expecting the jobs market to improve, are worried about their post-bills spending money. Clearly, it is the rising cost of living, not the threat of jobs losses, that is leading some to feel the pinch.

The single pensioner living alone and unable to afford to turn on the heating has often been brought to mind as a key demographic to be affected by rising fuel costs. Indeed, the oldest age cohorts are the most likely to expect to spend more on energy bills and also the most likely to expect the cost of borrowing money to rise. However, this isn’t necessarily making them especially worried in comparison to other societal groups.

Overall, the economic consumer outlook is clearly on the rise. We have seen a close correlation between restrictions being lifted and rising consumer confidence over the course of the pandemic, and outlook can be expected to be even more buoyant in three months’ time as the last of the restrictions will hopefully be lifted. In the meantime, cost of living will be a live issue for many families, but as a whole, Irish consumers expect to spend more as they return to normal life.