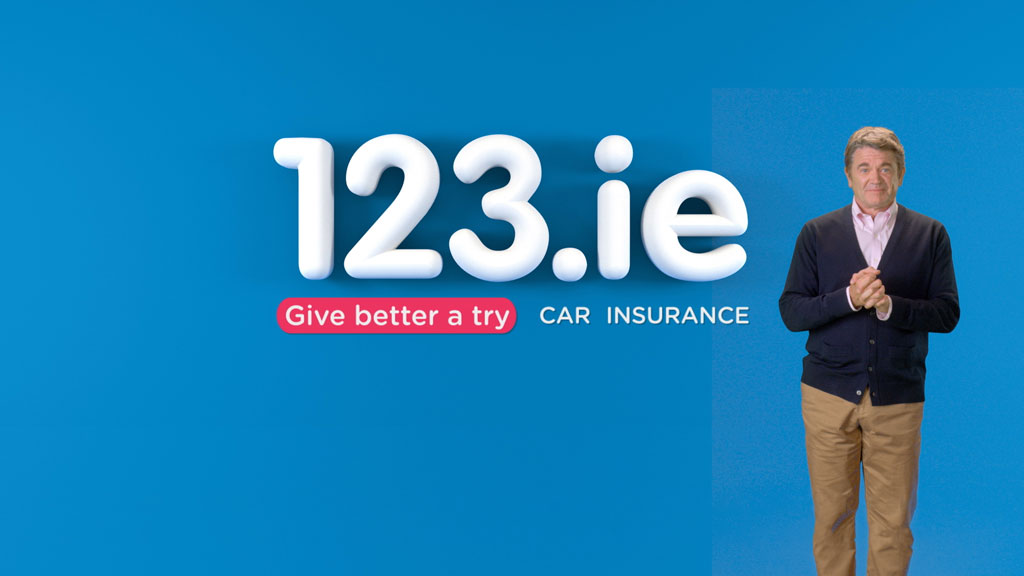 Connelly Partners Dublin has rolled out a new campaign for insurance broker 123.ie.

This new campaign builds on the success of Connelly Partners and 123.ie’s early work together and the insight that “we all like people who try; effort is often as important to us as results.”

The new ‘Get a Better Quote’ campaign features Hollywood A-Lister and funny-man John Michael Higgins. He’s joined by Irish actress and Love Island host Laura Whitmore as voiceover. Together, they are helping the brand reach insurance customers with humour and pop culture appeal.

In an industry that’s traditionally viewed as slow to change, and known for its heritage messaging, 123.ie has worked with its partner Connelly Partners to stand out by being “bold, entertaining and agile.”

The ‘Give Better a Try’ campaign launched in early 2020 and resulted in a very impressive set of brand and advertising awareness scores, cementing the choice to continue with the recognisable face of John Michael Higgins as a creative distinctive asset, according to the online insurance broker.

“In this continuation of our successful three-year campaign, our spokesman John Michael Higgins entertains with his quotes, then challenges the audience to try for a better quote,” said Elaine Knowles, head of marketing at 123.ie. “And since 2 out of 3 customers who switched to 123.ie saved at least €75, for many people, that better quote is just a click away.”

The campaign launched on January 3 and will run through the year. It includes TV, digital, social, radio and OOH. Additional versions of the series will launch throughout the year with some “fun surprises” from Laura Whitmore, according to Connelly Partners.

According to Steve Connelly, president and copywriter at Connelly Partners: “This campaign has always been about putting a smile on people’s faces and a little question in their heads: ‘Can I get better value, better service, a better price from my insurance company?’ Our mantra is ‘Always try for
better,’ and getting a quote direct from 123.ie is an easy way to give better a try.”