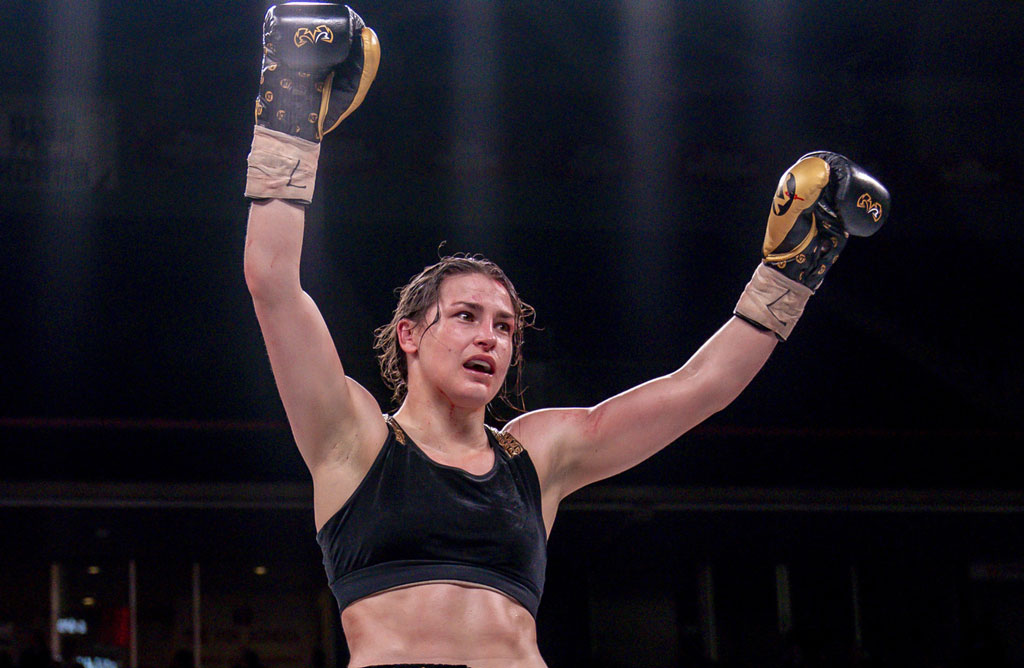 Katie Taylor, Ryan Tubridy and Christy Moore are the most admired sporting and entertainment stars of 2021, according to the latest Onside Star Track report published by sponsorship consultancy Onside.

Of the three, the undisputed world champion boxer Katie Taylor has extended further her status as Ireland’s Most Admired Sports Personality for the fifth year in a row, up 4% to 25% in 2021, and will look to strengthen this lead as she returns to the ring on December 11th to defend her undisputed lightweight title, ahead of a box office fight with Amanda Serrano in New York next spring which could earn Taylor over $1m.

Past players and media pundits Brian O’Driscoll and Roy Keane re-join the Bray boxer on this year’s podium, while Tokyo gold medal star Kellie Harrington was the big winner in Onside’s 2021 top sports stars list, entering the Top 10 to rank 4th most admired of all Irish sports stars this year. Golfer Shane Lowry rounded out this year’s top 5 Irish sports stars in the eyes of the Irish public, up two places year on year.

According to John Trainor, founder and CEO of Onside: “the potential power of sports personalities in Irish society today is evidenced in the fact that 8 in 10 adults have a sports star they admire most. This is reasonably well balanced across demographic divides, with for example 3 in 4 Irish females having a sports star they look up to, compared with 86% of males – with young Irish adults aged 18-24 being most impressed by Ireland’s sports idols.”

Trainor explains that “the right data helps make effective use of sports personality marketing a compelling business case, with our research finding businesses like Aldi and Bank of Ireland regarded as brands that have aligned themselves best with individual Irish sports personalities in the past year. Aldi’s alignment with top 10 most admired star Paul O’Connell via their ‘Home’ cookbook and their charity Christmas campaign to raise funds for Barnardos is a role model that is registering highly with the hearts and minds of the Irish public.”

Other brands mentioned in the Onside research include retailers Lidl, Mace and Centra, telcos Vodafone and Three, drinks brands Guinness and Lucozade Sport and Aviva.

Outside of sport, Onside also found that while Ryan Tubridy and Claire Byrne retained their top 2 status as the most admired male and female television or radio personalities in Ireland this year, Tommy Tiernan’s mystery guest format show on RTE made a big impression on Irish audiences as the chat show host broke into the Top 5 this year for the first time.

With a new generation of endorsement deals on the cards in 2022, Trainor notes that “the latest round of our research points to a need for businesses to do their due diligence on endorsement routes across both sports and entertainment personalities, with for example Christy Moore and Dermot Kennedy commanding fanbases that can match many of Ireland’s biggest sports stars”.