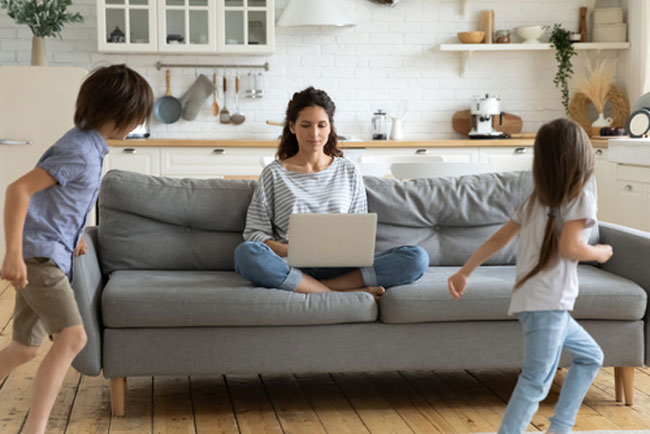 A new study shows parents are clicking away from pop-up ads online and are calling on brands to go back to the future in favour of more traditional advertising.

The study, from the Irish platform ParentsandBrands.com, showed more intrusive forms of digital advertising are not landing with parents with a list of pet hates for parents browsing online showing pop-up ads and display ads top of the list, with 58% and 55% respectively finding them irritating or annoying, while two thirds of parents say they close Pop Up ads straight away.

The study also found that the role of influencers in advertising and marketing may be greatly overstated with parents stating firmly that it does not influence their purchasing decisions.

Only 12% of parents surveyed say that they are positively influenced by Influencers with only 4% saying they would share an Influencer ad with their network. In addition, some 33% of parents said they don’t care about Influencers while influencer-sponsored posts came 11th on a ranking of ad formats that would encourage parents to go find out more.

Jill Holtz, co-founder of ParentsandBrands, which conducted the research, says: “When we asked parents about which advertising influences their choices there is a very marked pattern. This has major implications for business in reaching this sector. Parents are a huge market but their habits and preferences can differ a lot from other consumer segments simply because of the responsibility and pressures they feel. It is important that brands understand this and how to connect with them.  There’s an opportunity for brands to really help this segment by understanding more about what parents need and want, and to ultimately help them make good decisions for their family. This means that many brands could re-evaluate their current advertising spend patterns.”

The research also shows that 61% of parents are swayed by reviews or testimonials while 58% trust TV adverts and 53% are influenced by radio adverts. In addition, 43% seek out products based on outdoor advertising such as billboards and public transport while magazine and newspaper ads score 43% and 36% respectively.

ParentsandBrands is a platform that connects brands with parents and was co-founded by Holtz and Michelle Davitt, who are also behind the online media brand MyKidsTime.com