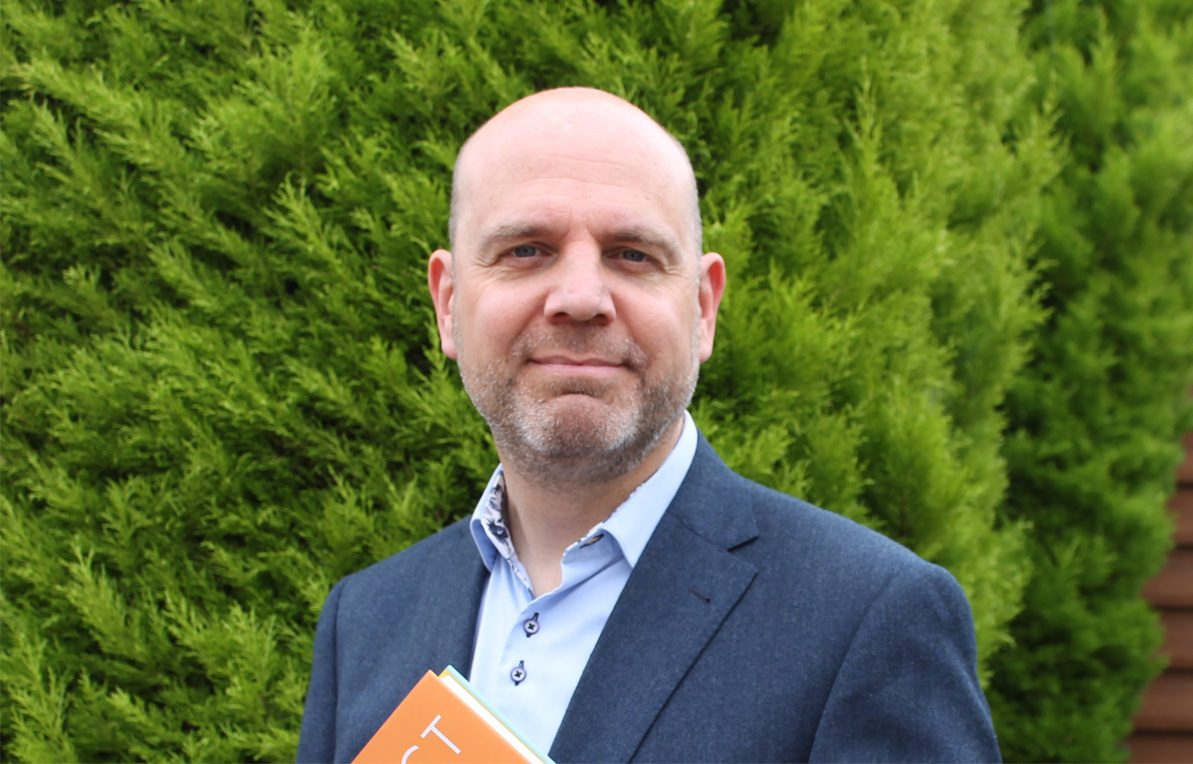 One of the country’s top marketers, Mark Henry, director of central marketing with Tourism Ireland talks to Adworld.ie about his new book, “In Fact: An Optimist’s Guide to Ireland at 100.”

Why did he write the book in the first place?

Ireland has a big birthday next year as it’s the 100th anniversary of our foundation as an independent State. I thought it was the ideal time to reflect on how far we have come as a country. Despite what you might think, the evidence I’ve gathered shows that we have come very far indeed.

The United Nations says that we now have the second highest quality of life on the planet. That’s because our income levels are much greater than elsewhere, our education levels are much higher than in other nations, and our health and longevity is amongst the best in the world. Now, that’s worth celebrating.

Obviously a lot has happened over the last  100 years but, in your view, what are the seminal moments or developments that led to the creation of modern Ireland as we know it?

Our investment in education has been a critical success factor for Ireland – half the adult population has completed higher education, for example, a figure that is greater than nearly anywhere else in Europe.  I point to the creation of the Regional Technical Colleges in the 1970s as being instrumental in jump starting that, and in providing a focus on scientific, technical and business education that served the country well.

Our openness as a country has been another foundation stone for our success.  Joining the European Union in 1973 widened our horizons enormously and opened us up for inward investment and the immigration of the talent we needed to develop.

What are the lesser-known or overlooked  developments ?

The deregulation of air travel in the mid-80s had an incredible impact. The cost of a return flight to London was over €1,000 in today’s money before Ryanair was allowed to compete with Aer Lingus and British Airways.

The fact that the flight today costs less than one-tenth of that figure helped to open up our island and facilitated our development as an export economy.  It also transformed our holiday taking – in 1992 just one-in-five of us holidayed internationally, but by 2019 we were taking more trips every year than there are people in the country!

While the book is brimming with optimism, Ireland still faces some serious challenges over the coming years. What in your view are they?

Does Ireland face new challenges as it enters its second century?  Absolutely.  But we must remember that we have successfully overcome some truly momentous difficulties in our first hundred years.  Think of the extreme poverty of the 1920s and 30s, of the huge emigration in the 1950s, of the sky-high inflation and unemployment of the 1970s and 80s, and of the economic collapse of a decade ago.  We addressed each of these in turn and moved the country in to a better place, and we can do so again.

I dedicate a chapter in my book to the most impactful challenges facing us at this time.  I believe that there is danger in failing to address the housing shortage in a timely manner as this will undermine our sense of community and high levels of interpersonal trust that have guided us towards making Ireland a more equal country in recent decades.

Government investment in third-level education was cut drastically during the Great Recession and has yet to be restored despite continually rising student numbers.  The result is that we now invest half the amount per student that we did a decade ago – and that will undermine the quality of education on which much of our high skilled economy relies.

Wearing your Tourism Ireland hat, what are the prospects of a recovery for the tourism industry in Ireland?

From a business perspective, one of the big successes in Ireland down through the years has been the tourism industry and the employment it sustains. Given your expertise in this matter, what are the prospects like at the moment and when do you see a return to pre-Covid numbers?

Independent forecasters believe there is the prospect of a recovery in 2024 or 2025.  However, a much faster “whiplash recovery” is a plausible scenario given that airlines are willing and able to restore routes quickly, the tourism sector is willing to serve the business (albeit facing challenging skills shortages right now), and the consumer mindset appears to be moving on to living with Covid.  The course the disease takes next will be the deciding factor one way or the other.

With sustainability a burning issue at the moment, is there such a thing as sustainable mass tourism and what might global tourism look like in 20-30 years’ time?

Global tourism is going to keep on growing.  Much of the world was only getting started on international travel before Covid-19 hit.  As the global middle class continues to expand, and travel becomes ever more accessible, so more and more people will want to experience the joy and unique experiences that tourism offers.

This growth will offer opportunities to communities and entrepreneurs throughout our island.  Tourism will become more regionally distributed, more seasonally distributed, and will make it possible for new experiences and attractions to become thriving businesses.

From an environmental perspective, the focus will evolve from sustainable tourism to regenerative tourism – how can visitors give back more to the places they visit than they take away?  These are very interesting times indeed.

The pervasiveness of negative news 24/7 on all our screens and in our pockets can mislead us about the state of our country today.  I wrote ‘In Fact’ to provide perspective and positivity.  If we factually understand where we have got to today and what we have done to make such positive progress, then we will be well equipped to face the challenges of today and to drive towards an even better future in our second century.  We have never had a better educated, wealthier and healthier generation of Irish people to help make that our reality.

“In Fact: An Optimists Guide to Ireland at 100” (€25) is published by Gill Books and is available in all good bookshops 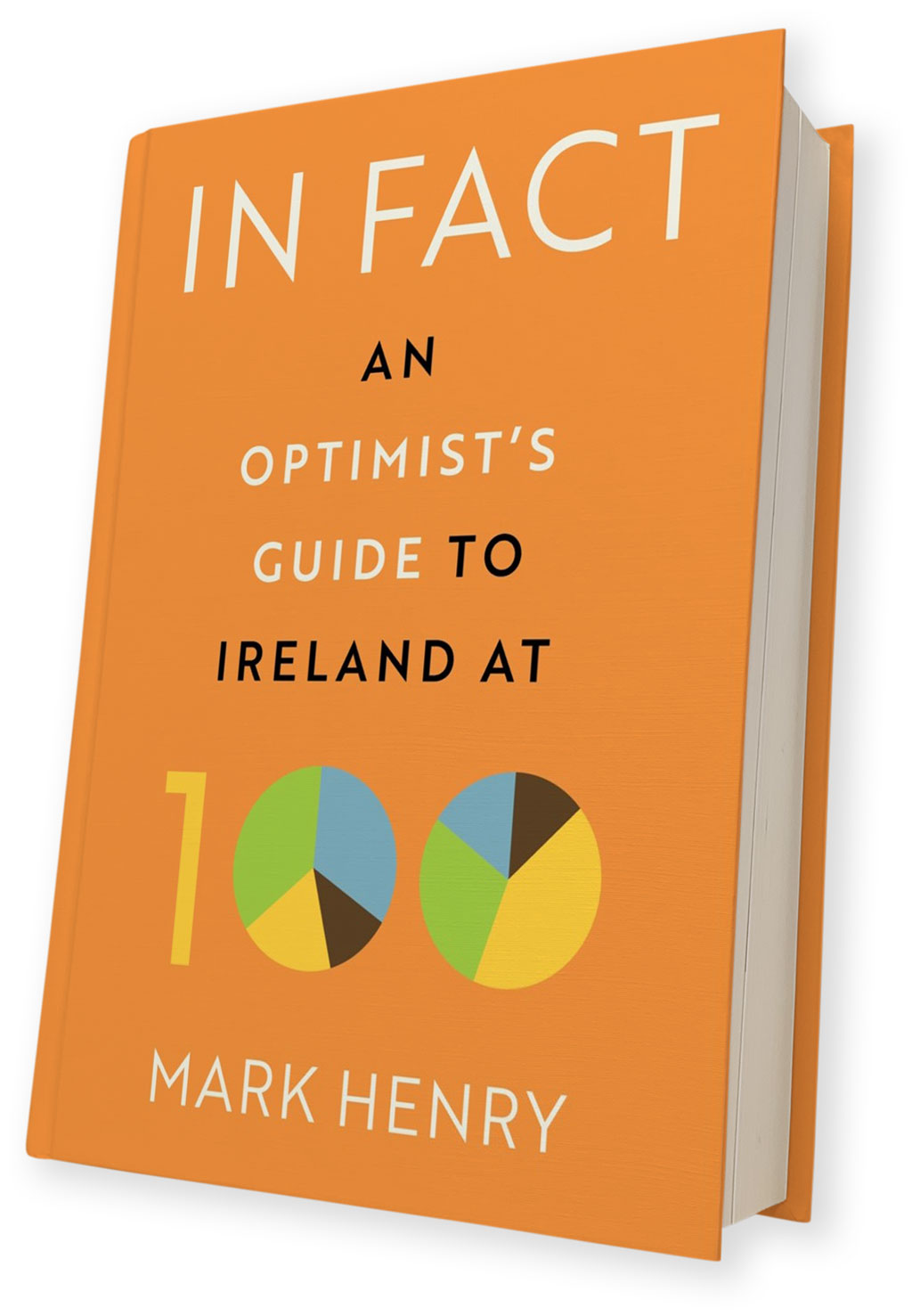