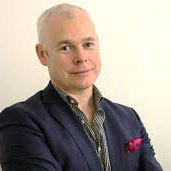 To coincide with the serving of its eight billionth ad impression, and following a surge in interest since COVID restrictions were lifted, Admessenger,  the digital advertising platform,  has rolled out new websites in the UK and Ireland in a bid to recruit more publishers and advertisers.

According to Lee Thompson, co-founder of Sing, which manages the Admessenger platform, digital display advertising is still the workhorse of the digital advertising industry and accounts for nearly £2bn in UK ad revenue or approximately 12% of the ad market in 2020.  However,  he says a lack of innovation and the predominance of mobile phones with their small screens as a means of accessing the Internet, have together conspired to make it more peripheral and crucially less noticed. Admessenger addresses this problem, he says.

“Admessenger is proven. Its scrolling format is distinctive. And we as consumers pay more attention to it. Publishers like to sell it as it improves overall campaign performance and attracts higher yields. Advertisers re-book as the format gets attention and more than holds its own when compared to the performance of other formats. Put simply, Admessenger will add value to every media plan with a mobile display component,” he says.

According to Thompson, it also has an engagement rate that is three times higher than that of standard mobile display ad units.

“In our recent survey of Irish and UK publishers, 90% agreed that the Admessenger ad unit was more likely to meet or exceed advertiser expectations compared to other mobile display offerings. It also does a job in firing up sales teams, with 62% pitching it very often or often,” Thompson adds.