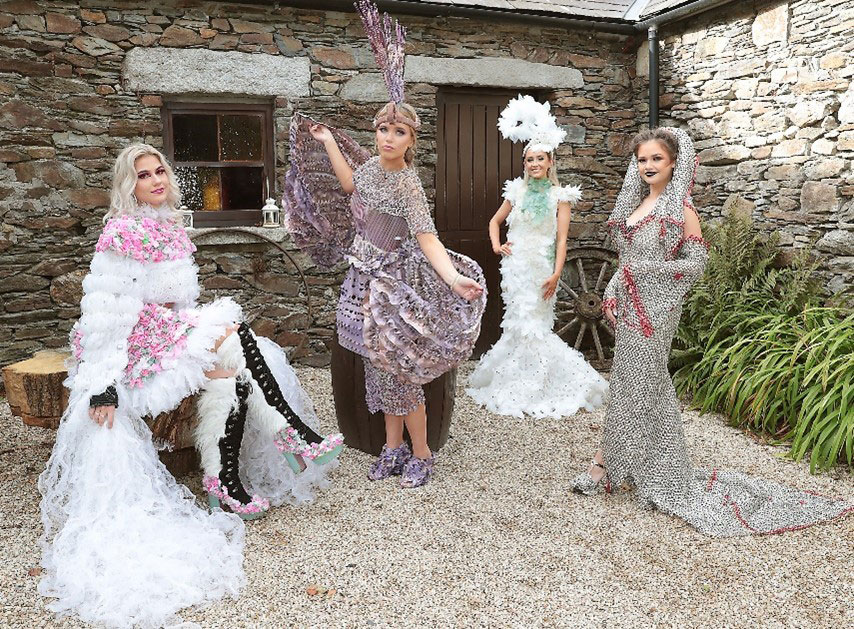 RTÉ is to partner with the global creative platform Junk Kouture for the second year in a row. As part of the deal, which first kicked off in 2020, RTE will broadcast the 2021 Grand Final.

The partnership offers an opportunity for 13-18 year olds across the island of Ireland to showcase their talent and create designs made entirely out of recycled and discarded materials.

According to Troy Armour, CEO of Junk Kouture: “The RTÉ broadcast opens the world of Junk Kouture to new viewers, beaming the creative talents and innovation of Ireland’s young people into the sitting rooms of Ireland – and around the globe to our new territories with the RTÉ Player – so it is with great anticipation and excitement that the team plan for all that is to come with RTÉ back on board for another year. This builds on our commitment to young creatives and teachers to carry out a grand final despite the absence of live events this year and affords them the opportunity to continue the annual celebration of young Irish creative talent and sustainable innovation. We are also delighted to welcome back Louis, Michelle and Stephen and are looking forward to seeing what new judge Roz brings to the table as they crown the 11th annual winner of Junk Kouture!”

Group Head of Children’s and Young People’s Programming, RTÉ Suzanne Kelly adds: “It is wonderful to see RTÉ’s partnership with Junk Kouture go from strength to strength as we work together to enable students all over the country to embrace the principle of sustainable living and unleash their inner creative genius to produce incredible fashion designs. By giving a behind-the-scenes glimpse into all the hard work and creativity that goes into delivering the extravaganza that is the Grand Final, RTÉ is bringing a new dimension to Junk Kouture and keeping the issues of sustainability and climate consciousness front-of-mind with younger audiences. We’re looking forward to it.”

Meanwhile, Creative Ireland has continued to support Junk Kouture around its online education resources while ensuring that students and educators can avail of educational material around Junk Kouture’s three areas of focus – creativity, sustainability and entrepreneurship. Programmes driven by the support of Creative Ireland will help educators encourage young people to become micro-influencers for change through creativity and circularity.