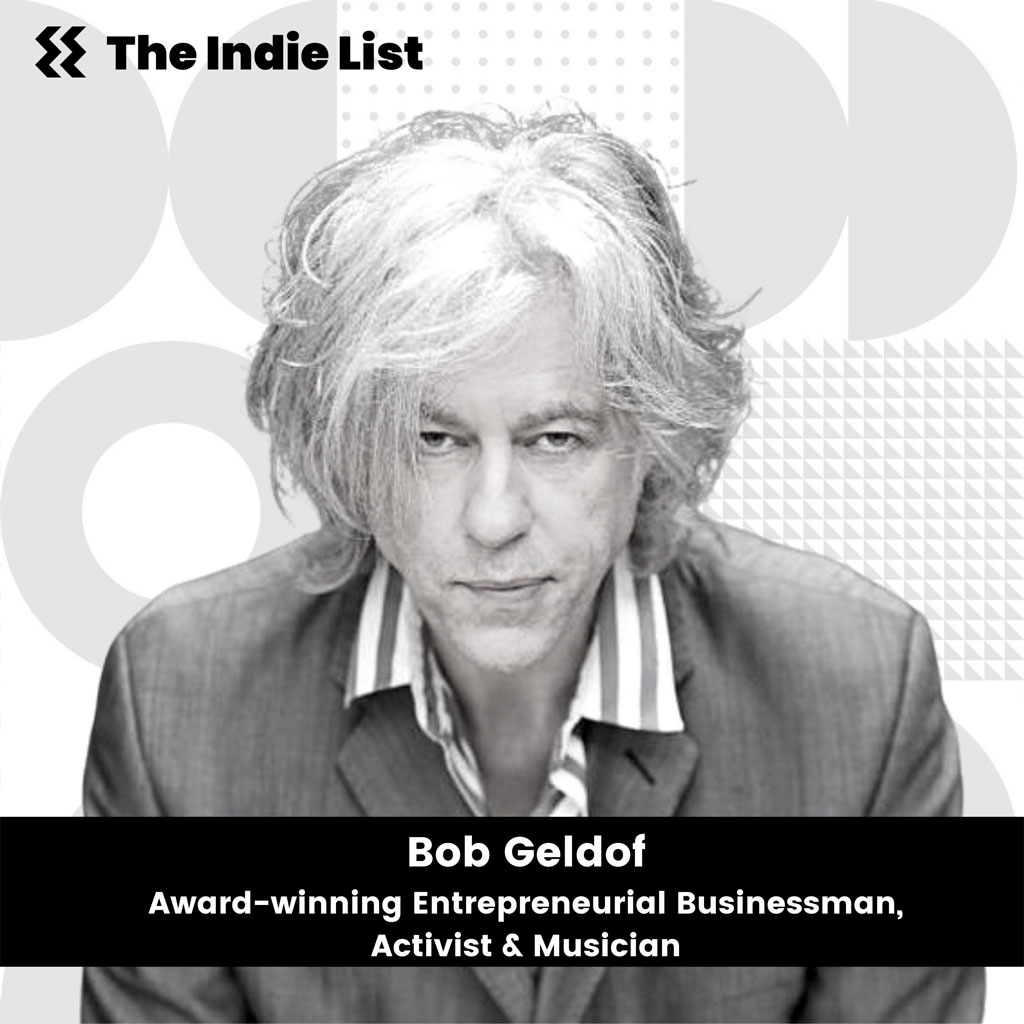 To mark its first anniversary, the Indie List has launched the Indie Spirit, a new creative competition that will see the winner have lunch with an Irishman who epitomises the indie spirit, Bob Geldof.

Founded this time last year by Una Herlihy and Peter McPartlin, the Indie List was initially a pro-bono service to match up advertising freelancers with clients and agencies. Since then, however,  it has broadened its remit to include a range of other marketing service skills from comms planners to web developers. The company now has 600 freelancers signed up across all disciplines  of marketing, communications and ecommerce and has completed 180 individual projects which, in turn, have generated over €700,000 in revenue for the freelancer community.

“We are both absolutely thrilled with the response from agencies and clients over the last year. We never would have expected to be working with some amazing clients like The National Lottery, 123.ie and The Irish Daily Mail alongside agencies such as Core and Rothco,” says co-founder, Úna Herlihy.

To mark the service’s first year in business The Indie List is launching an open brief to freelancers everywhere to help promote what it calls ‘the Indie Spirit’ – that self-belief in one’s own abilities to think, create and work independently without the safety net of full-time employment.  Entries will be assessed by a panel of elite marketers including Gary Joyce of Genesis, Grainne Wafer, global brand director of Guinness, Damian Devaney, principal and senior partner at DSquared and TBV Global, Paul Dervan, CMO at The National Lottery and John McGee, Publisher/Editor of IMJ and Adworld.ie.

The brief is simple: “Use your creative, strategic, digital or other talents to highlight the importance and impact of independent thinking, independent creativity and/or independent work in advancing society and commerce.   The idea should champion “the Indie Spirit” – that restlessness and frustration in people that has encouraged many to forge their own path. The execution is completely up to you – it could be a piece of advertising, a strategy, a script or storyboard, an artistic creation, or maybe even an activation or stunt. But it must be a big idea designed to get talked about in the marketing industry and beyond.  Think big but remember, it has to be something a brand like ours (i.e., one built on a shoestring) can feasibly pull off!”

The unique prize for the winner is lunch with Bob Geldof in London. According to Herlihy, “We wanted to do something a little bit special and create an opportunity for a freelancer to meet, talk to and hopefully learn from someone who is the exemplar of individualism and independence.  To us, Bob Geldof is one of the few Irish people who epitomises the spirit of independence, which he has demonstrated through his words, his work and his deeds at a global level. We approached him, told him what we were trying to do and he has agreed to be involved.” The prize will include flights to London, accommodation, tickets to an indie gig and lunch with Geldof.