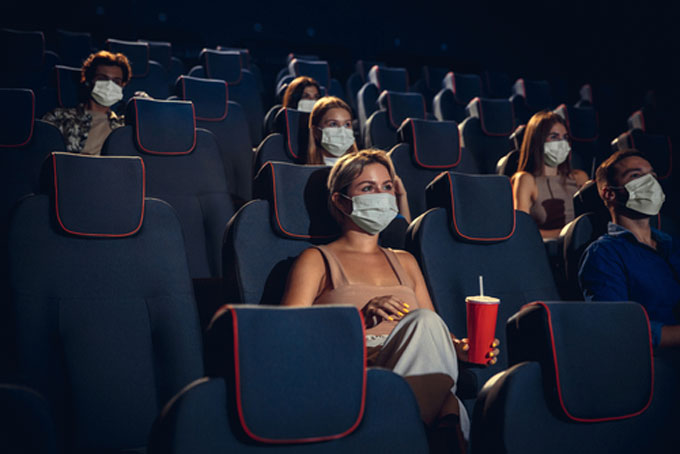 With cinemas around the country throwing open their doors this week, the latest Cinema View sentiment survey shows that Irish people have been looking forward to watching the big screen again in addition to attending gigs, taking a holiday and, of course, heading to the pub.

The survey was carried out by Wide Eye Media and promoted on social channels and on entertainment.ie and 1,051 respondents took part over a three week period beginning on May 19th.

When asked which activities on a list that people were most looking forward to doing once restrictions were lifted this summer, the top three were ‘going to the cinema’, ‘travelling within Ireland’ and ‘attending an outdoor music event’.

Some 95% were interested or very interested in going to the cinema, followed by 90% who said that they wanted to travel within Ireland while and 73% cited an  outdoor music event.  Behind this came ‘travelling abroad’, ‘going to the pub’, ‘attending the theatre’ ‘attending an indoor music gig’ and ‘going to a sporting event’.

Among those respondents that have not been back to the cinema until now, 30% plan to go immediately in June while 65% will have returned by early August.

Facing into a brimming film slate due to release date moves from last year joining titles already planned for 2021, the general feeling about how of frequently respondents plan to go to the cinema was high.  72% of respondents said they plan to go to the cinema once a month or more often after returning for the first time in 2021. Within that number, nearly a quarter of that group (23%) expect to go once a week while 38% of respondents think they will go to the movies more frequently than before the Covid-19 pandemic while 9% are considering reducing their frequency.

Looking ahead, 45% plan to get back to the pub either immediately or within the first 4 weeks; 68% expect to return during this summer. 66% think they will go back to the pub as frequently or more often than prior to the Covid 19 pandemic.

In terms of getting out and about for other entertainment this summer, 64% expect to return to outside music festivals if they are available, 50%, will go to smaller live music gigs inside if available and a third are interested in returning to large music concerts inside if available.

55% of respondents think they will return to theatre going this summer if it is available.