The campaign tells the story of three future-jumping Virgin Media techs  who repeatedly throw everything at their broadband and always obsess about what’s coming next. The story is set in Virgin Media’s Broadband Lab, where home devices are put through their paces. The techs repeatedly ask ‘what about the future?’ as they jump forward in time. As with real life, the broadband challenges get more and more advanced and require Virgin Media’s extraordinary speed and reliability to keep up.

The TVC was produced by Antidote Films and directed by US Director Nick Roney, the new campaign tells the story of Virgin Media’s relentless pursuit of Broadband perfection to be ready for anything the future might throw at it.

The media agency OMD developed the media strategy for the campaign, which will launch over a 12-week period with 60” and 40” brand TV as well as a 20” ad cut down that will also play out on VOD.  The OOH strategy has been developed in response to current Covid restrictions targeting consumers in and around their own communities. Homepage takeovers on high traffic websites throughout launch week along with bespoke social content will amplify the campaign online. 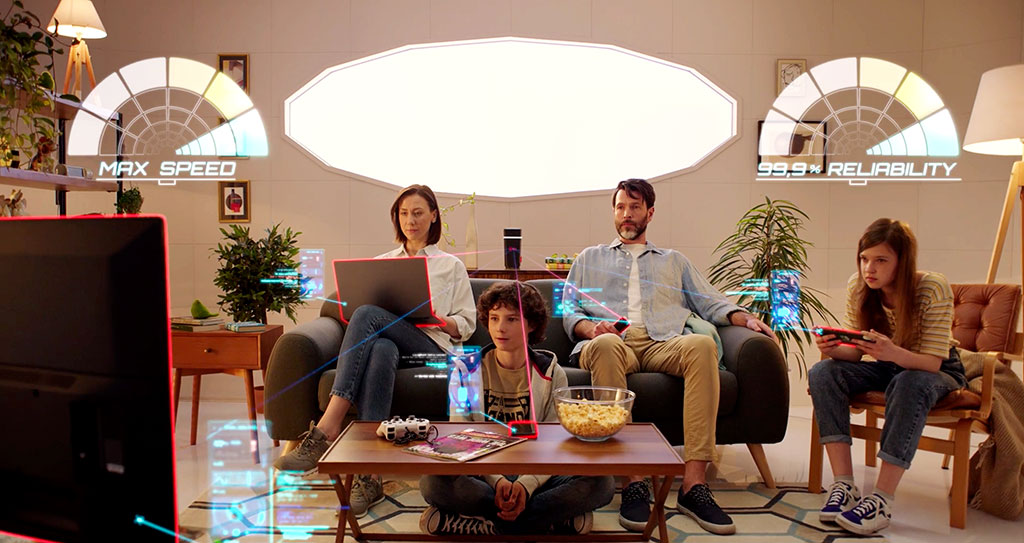 According to Fiona Mahon, Virgin Media Ireland: “Following our successful Virgin Media TV360 launch last year, it’s been fantastic to work the team at Publicis and Antidote again building upon our ‘Bring On Amazing’ platform. With our new Broadband Superiority campaign, we will showcase how Virgin Media offer Ireland’s fastest broadband network, which has been independently verified by Ookla, along with 99.9% reliability, to even the busiest of modern-day family homes – now and into the future, whatever that may look like!”

Ger Roe from Publicis Dublin adds: “With an idea that’s fully focused on the ‘pursuit of world class broadband’, we needed a director with a world class imagination. As the viewer, you get to take a ride inside the mind of Nick Roney and watch his extraordinary imagination unfold on the screen as he helps to tell a story where Virgin broadband technicians will literally stop at nothing to deliver supernatural levels of broadband for their test family.”

The campaign will run across TV, OOH, VOD, social media as well as digital takeovers.