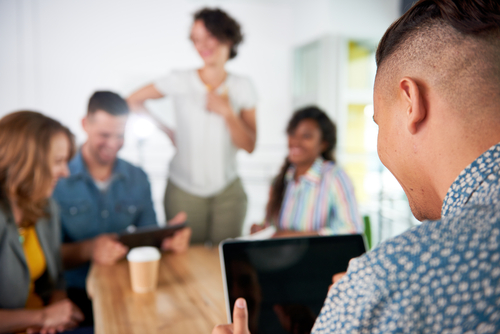 We all know that people who work in advertising are different to everybody else and a new survey carried out by TAM Ireland confirms this.

In its Adland Survey 2021, TAM Ireland examines the media consumption habits of adlanders and compares them to the general public You’re in the advertising industry. You’re (still) not normal

Working in the advertising industry in Ireland industry we pride ourselves on staying on top of the latest trends and keeping up with the newest gadgets and offerings. But what if those technological and culturally forward behaviours are skewing our perceptions about how the general Irish population consume media and technology? TAM Ireland has published the Adland Survey 2021 showing how the advertising industry consumes media compared to the general Irish population

The survey found that in Ireland, the advertising industry is quite unique.  Adlanders are generally well-educated, upmarket and Dublin-centric.

One of the first anomalies TAM Ireland noted is the underrepresentation of the over 55s in the advertising industry.  According to its research, just 5.22% of the sample were aged 55-64. By comparison, 16% of the Irish workforce is aged 55-64 according to the CSO.  Like similar survey’s carried out by IAPI, the industry is heavily reliant on a younger cohort with 30% aged between 25-34 and 35% aged between 35-44. This drops to 26% aged between 45-54.

The TAM Ireland research also noted that those working in adland are much more likely to have received  a third-level education (45%) than the average Irish person (9%).

The big differences, however, are evident it comes to technology and media, according to TAM Ireland.

It comes as no surprise that people who work in advertising are also at the forefront of technology and they are much quicker to embrace steaming services/OTT platforms compared to the rest of the population.

“This Adland 2021 Survey highlights how we must exercise caution when we think about planning campaigns for the Irish public. In short, those working in adland are nothing like the general Irish public with whom we try to communicate with, via our brands, on a daily basis.

We need to use data and not rely on gut feel or instinc,” says TAM Ireland.

You can view the full report at https://www.tamireland.ie/downloads/irelands-adland-survey-2021/