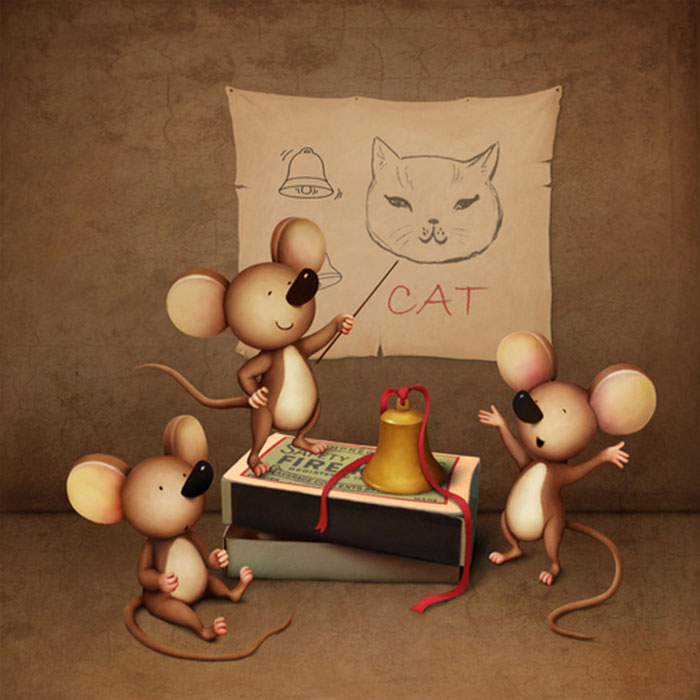 While the global pandemic has preoccupied most of the world for the last 12 months, the next big problem to face the world will be the climate crisis and sustainability, writes Derek Bell.

In “The Bell and the Cat,” a fable often attributed to Aesop, a family of mice has been living in fear because of a cat. One day they come together to figure out how to defeat the cat, and after much deliberation, one young mouse gets up to suggest that they put a bell around the cat’s neck. All the other mice agree, except for one wise, old mouse who agrees with the ingenious plan, but questions “Who will put the bell on the cat?”

Here in Ireland, people have found themselves worrying about a very large cat indeed, but it is not the ‘sustainability cat’ – it is the ‘Covid cat’.  And let’s face it, when faced with both, sustainability has looked like a much less formidable foe in the short term. This perhaps helps explain why, despite plenty of calls to action for ‘belling the sustainability cat’, the mice have been short on action and, overall, we have seen minimal behavioural change in the last year.

The latest results from the March ’21 RED C Sustainability Monitor seem to support this storyline, with a steady and significant decline amongst adults aged 18+ who believe that environmental problems have a direct effect on their life today, down from 65% in July 2019 to 45% in March 2021.

And who could blame them? The hospitals in Ireland are not exactly being overwhelmed by patients as a result of climate change, and more importantly are not seeing it live on RTE every night. To most, it is an abstract concept that never quite knocks on one’s door.

That’s not to say there isn’t still concern for the environment. There definitely is.  In fact, over 4 in 5 believe we need to take action now on the environment to protect our children, with this holding relatively steady over time since March ’20.  What’s more, scepticism remains low, with less than 1 in 4 believing climate change is over-hyped by the media or that they are sceptical about how real man-made global warming actually is.  So, in some ways, Covid has not completely overpowered the public’s sustainability resolve.

What Covid has done, however, is give many of us a strong taste of what will presumably be required to tackle the climate crisis. And- let’s be honest – the taste has, in many ways, not been a good one.  Perhaps worse still, it seems that despite a global pandemic, the decline in carbon emissions has not been what experts were expecting it to be given the scale of the lockdowns around the globe. Could there be an underlying feeling of ‘what more do we have to do’ in the air?

This seems to be the case, especially amongst 18-24-year-olds.  No other age group agrees more that environmental problems have a direct effect on their life today, with 62% amongst this group agreeing with this, compared to 45% amongst the total population. Yet it is this very same group who is most likely to say they want to live more sustainably, but are not willing to make changes to their current lifestyle in order to do it. 48% amongst this group – far more than any other.

It’s a bad combination, being demoralized on the one hand from the ‘Covid cat’, while on the other hand being unsure as to how to even go about belling the ‘Sustainability cat’.  It is perhaps unsurprising then that meat and dairy consumption, as well as purchasing of products in non-recyclable packaging, have remained static over the past year. Perhaps it’s like being lost in the woods – when lost, stay in place until help arrives.

What now then? How can we shift focus to the ‘other cat’ and re-energize younger ages and the rest of the population after dealing with Covid for the past year?  Look no further than brands, many of whom are well-positioned to offer information and products and services that help consumers lower their carbon footprint somewhat or minimize pollution without having to make major lifestyle changes.

This is exactly what people want at the moment – especially younger people.  44% in Ireland claim to seek out products that are sustainably sourced, compared to 55% amongst 18-34-year-olds, and when asked whether product environmental impact labelling would influence what they buy, 62% agreed, compared with 75% of 18-34’s (up from 69% in Sep ’20).

It doesn’t end there. When asked about plans to get a new or used electric-only car in the next 2-3 years, 24% said they plan to do this, with compared with 37% of 18-34-year-old men.  Again, reducing carbon footprint without significant behavioural change.

The future is nearly impossible to predict – Covid has taught us that. Ultimately, however, it would behove brands to help consumers find ways to just try to ‘Bell the Sustainability Cat’ in a way that doesn’t have them scampering all over the place, while also making them feel better about themselves just for trying.