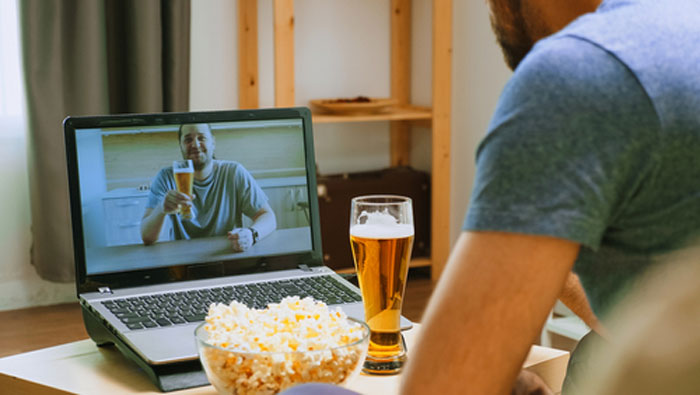 With lockdown wreaking havoc on people’s social and drinking habits, research carried out by Entertainment.ie shows that 94% of people are looking forward to the pubs re-opening while 51% believe their alcohol consumption has changed since lockdown. Some 51% say they now drink less or have cut back.

While home-drinking is the order of the day, 82% say the pub is still their favourite place to enjoy a drink. The research, which  was carried out at the end of February 2021 by the media publishing and production company, Packed.House, also shows that just over a quarter (27%) said they drink more while 28% said they drink the same amount as they did pre-Covid.

When it comes to seasons, 65% agree they drink more in the summer versus 37% in winter but 81% say they drink more at Christmas. Before lockdown, most people (32%) said they drank mostly at the weekends and 22% said a few times during the week. However, this changed when readers were asked how often they drink since lockdown. ‘Mostly at the weekends’ decreased by 10% and ‘few times during the week’ increased by 2%. Other changes included an increase in drinking only on special occasions and drinking less than once a month.

Watching TV was the most popular thing to do while having an alcoholic drink, followed by having dinner and watching On Demand. The most popular drink for men and women was revealed with males favouring beer while females prefer wine. Spirits however was the number 2 choice for both genders.

Finally, 73% of readers are thinking about their purchase ahead of drinking with 49% saying they purchase drink a few days before drinking it and 24% saying they now include it in their weekly shop. The supermarket is the number 1 place readers picked to buy alcohol and the top 3 things they were influenced by were special offers, price and family and friends’ recommendations.