With the knockout states of the Heineken Champions Cup coming up in April, Heineken Ireland has rolled out a new rugby-focused TV campaign which will launch this weekend.

Called The Perfect Match, the brand campaign was created by Publicis Dublin in collaboration with agency partners Thinkhouse and Dentsu’s Red Star.

The campaign includes TV, data-informed digital, social and trade/shopper marketing executions. The TVC – which was filmed by director Karien Cherry & produced by Outsider – focuses on rivalry, and follows three couples, pitted against each other as their different Rugby teams face off. As tensions rise, viewers watch them press pause on love while their teams battle it out.

According to Ronan McCormack, senior brand manager, Heineken Ireland: “It’s been a challenging 12 months for everybody but at Heineken Ireland, we are looking forward to some better times ahead and the return of that special match day occasion in the on-trade. This advert taps into that via the world of relationships and rivalries and how they often co-exist. The Heineken brand is known the world over and particularly here in Ireland, our support for rugby remains as strong as ever. Alongside our Irish agency partners, we’re excited to launch this new ad campaign and look forward to a busy few months of top-class rugby.”

Jimmy Murphy, business director at Publicis Dublin adds: “It’s very unusual for local markets to create campaigns of this size for Heineken® (the brand is headquartered in Amsterdam) and so we were keenly aware of the incredibly high creative and production standards demanded by such an iconic brand. Although it was concepted and produced by Publicis Dublin for Heineken Ireland, we worked closely with our colleagues in Heineken Global and Publicis Groupe to make sure we hit the mark. We’re very happy with the campaign.” 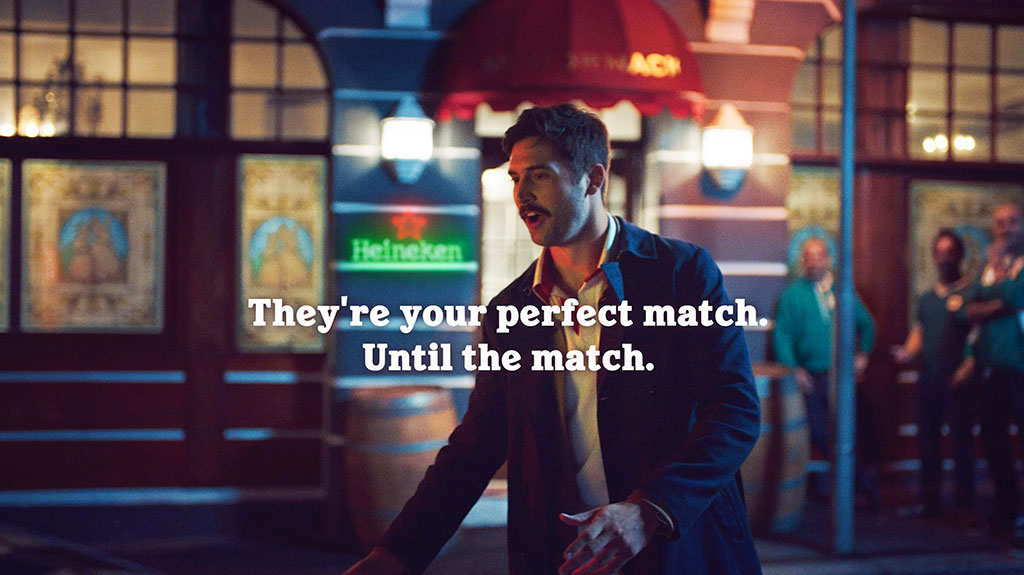