The Dublin-based creative agency KICK has launched a podcast series called KCAST which will feature interviews with leaders across various industries who will discuss what is new, innovative and most talked about in their world today.

With the US Election Day looming  next week, the latest episode of KCAST has an interview with former Clinton media advisor and current chief communications and marketing officer, Craig Minassian.

Minassian’s career has included being assistant press secretary and director of television news in the White House for President Clinton and on numerous presidential campaigns including Clinton/Gore in 1996 and Secretary Clinton’s 2008 campaign. Since 2005 he has worked as chief communications and marketing officer for the Clinton Foundation, as well as marketing for FIFA USA ’94 and Comic Relief USA for HBO.

Minassian talks frankly about the role of communications in this extraordinary election and how media is shaping voter’s views in the US. He delivers insights and analysis of the US relationship with Ireland, and how Bill Clinton’s communications skills were a key driver in the talks that led to the Good Friday Agreement.

To listen to the podcast series go to www.wekick.ie/kcast or listen to it on Spotify, Apple Podcasts and Google Podcasts. 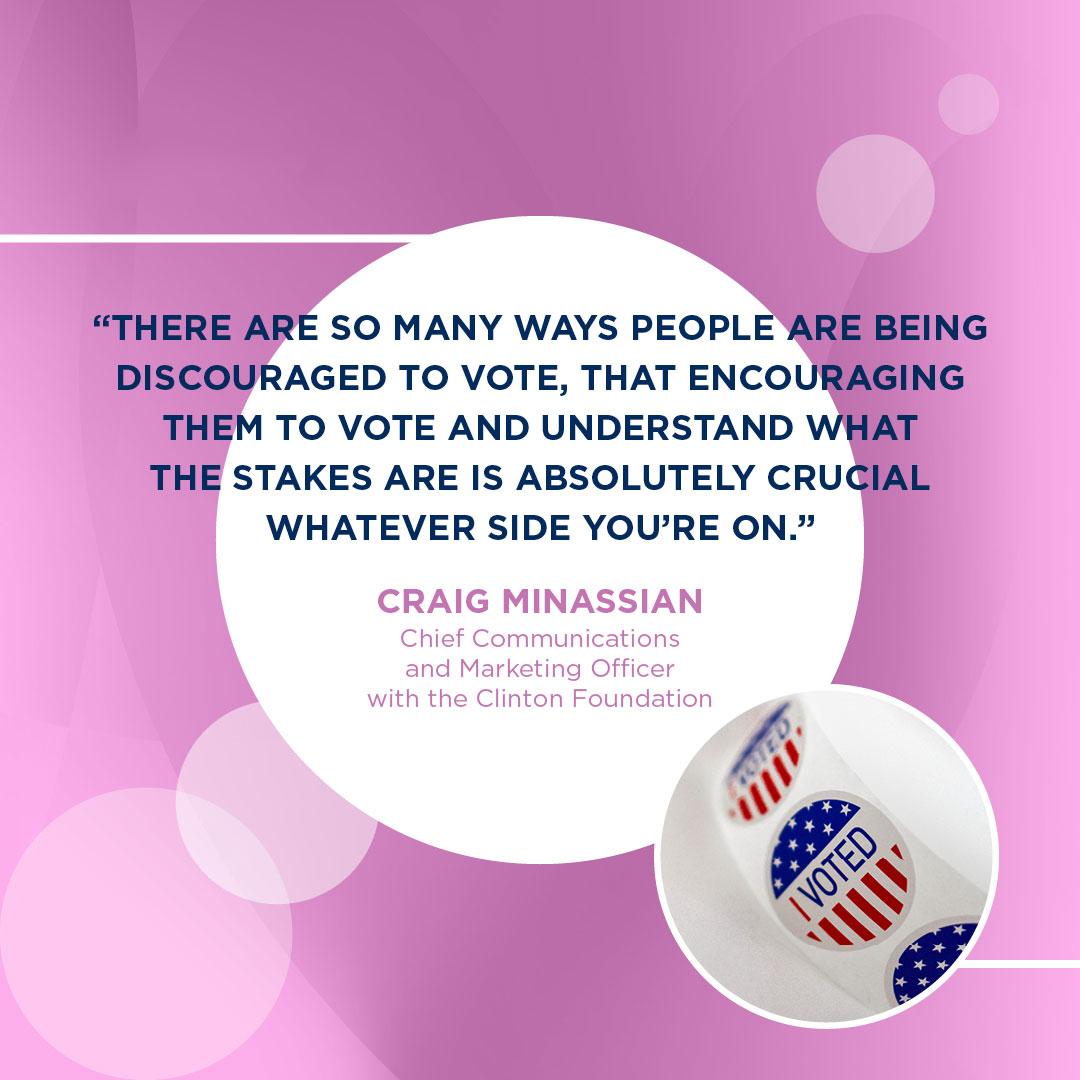