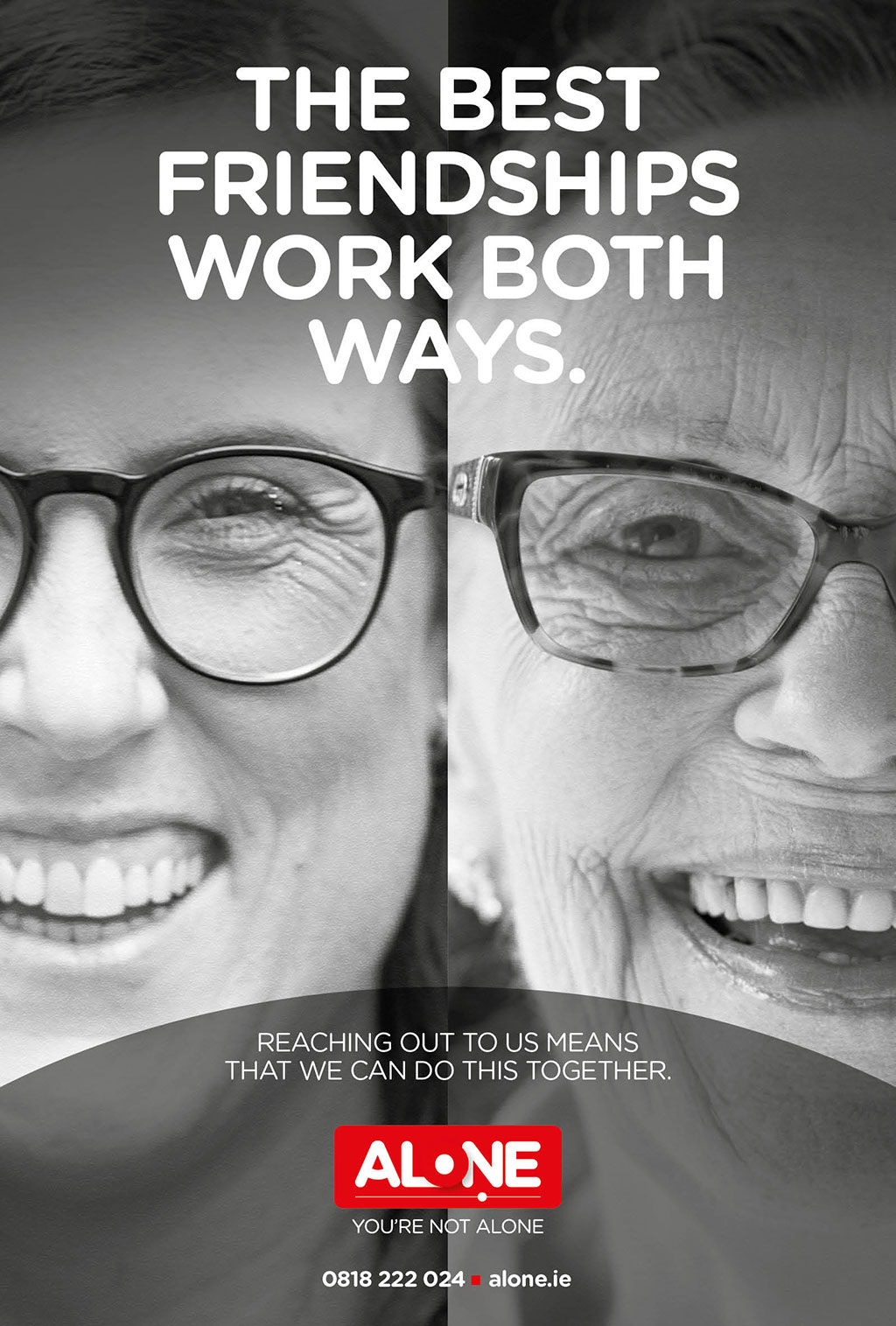 ALONE’s response to the pandemic has been widely praised and recognised as being to the forefront in helping older people through the crisis and campaign is all about motivating by saying ‘Thank You’ to the many volunteers who help the charity.  Each ad within the campaign features two images alongside each other; an older person and a supporter or volunteer.

The campaign kicked off last weekend in The Sunday Times and will be rolled out on JC Decaux posters sites across the country shortly. In addition, there will be a co-ordinated social media campaign featuring the participants and their stories.

All creative services, photography and media space has been donated pro-bono.

According to Seán Moynihan, CEO of ALONE: “This year has been very challenging for ALONE with a huge surge in demand on our services and Bonfire have been really professional in responding to rapidly-changing and urgent requests for help. The quality of their creative work is outstanding.”