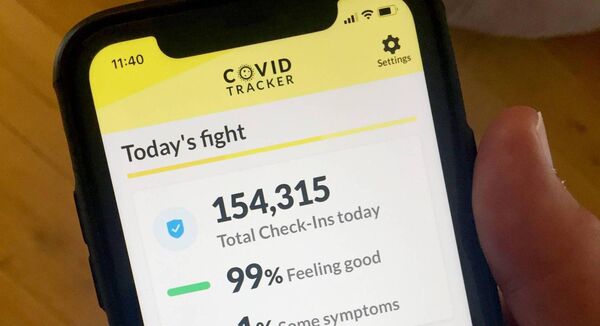 The launch of the HSE’s Covid-19 tracker app was the most significant news story during the month of July, according to the lasts Core Cultural Index report .

In a month that saw the passing of both John Hume and Jack Charlton, confusion over the Government’s Green List and the decision to defer the re-opening of the country’s pubs, the Covid-19 tracker app would appear to have caught the weary public’s imagination while highlighting its support for the contact tracing. According to the Core Cultural Index 93% of the population were aware of the app’s launch, and 81% felt it was important to them.

With some people considering their holiday options the announcement of the ‘green list’ of countries to which people could travel without restricting their movements was the second highest story to resonate with people. “Unsurprisingly, 9 in 10 people (90%) were aware of this announcement, while 3 in 4 (76%) people said it was important. Sentiment analysis highlights that a quarter of the public felt negative towards this announcement, but half of the population felt positive about the list, and the remaining quarter were neutral,” the Core Cultural Index report.

“Older families were more likely to feel positive about this news than any other group,” it adds. “While more (93%) were aware of the Government’s decision to postpone the re-opening of pubs and nightclubs, this was viewed as important by fewer (69% of the population).”

Despite the significant amount of broadcast time and volume of  print space devoted to the deaths of Jack Charlton and  John Hume during July, their passing ranked fourth and fifth respectively in the Index which highlighted the fact that 4 in 5 people were aware of these losses (84% and 79% respectively). The majority said they were significant moments to them, highlighting the vastly different, but significant impacts of both men on Irish history.

The other main stories to make it into the Top 10 included Apple’s €13 billion tax bill, Minister Barry Cowen’s removal from cabinet, the return of GAA football and hurling championships as well as International Test Rugby.

Core’s Cultural Index is developed from a survey of 1,000 people, representative of the Irish adult population. Fieldwork took place between Thursday 6th and Monday 10th August 2020 and was conducted online.

For more information on the Core Cultural Index click HERE