Facebook was the undisputed social media platform of choice for Irish people during lockdown according to new research from B&A.

Another Facebook-owned social media platform – Instagram, came in second place with 44% of those surveyed saying that they used it during lockdown. Not surprisingly, it over indexed when it came to Generation Z (77%) and Millennials (63%). A further 28% said Snapchat was their platform of choice. Again, this over indexed amongst Generation Z (76%) and Millennials (48%). 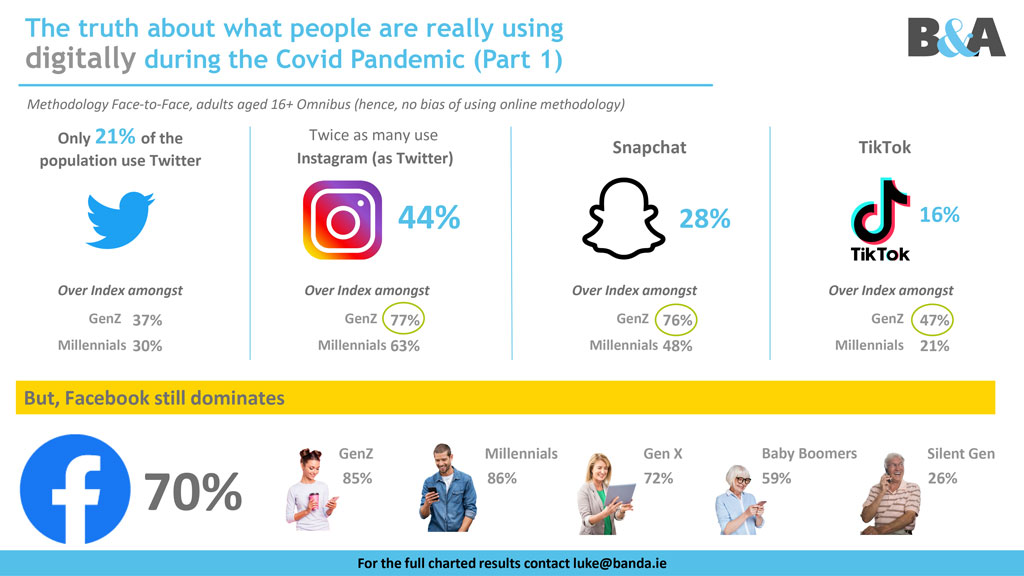 According to Luke Reaper, Managing Director of B&A: “We took advantage of face-to-face fieldwork being back in action to conduct this nationwide representative sample of adults aged 16+ to dispel the digital myths being peddled. It is important that our clients understand the digital dynamics of our society, the incidence and indeed profile of usage. Apart from the obvious generational differences, a clear digital divide exists with the middle class and Dubliners significantly more digitally engaged. These findings have implications for how we communicate and engage with customers as brands and organisations, both public and private.”