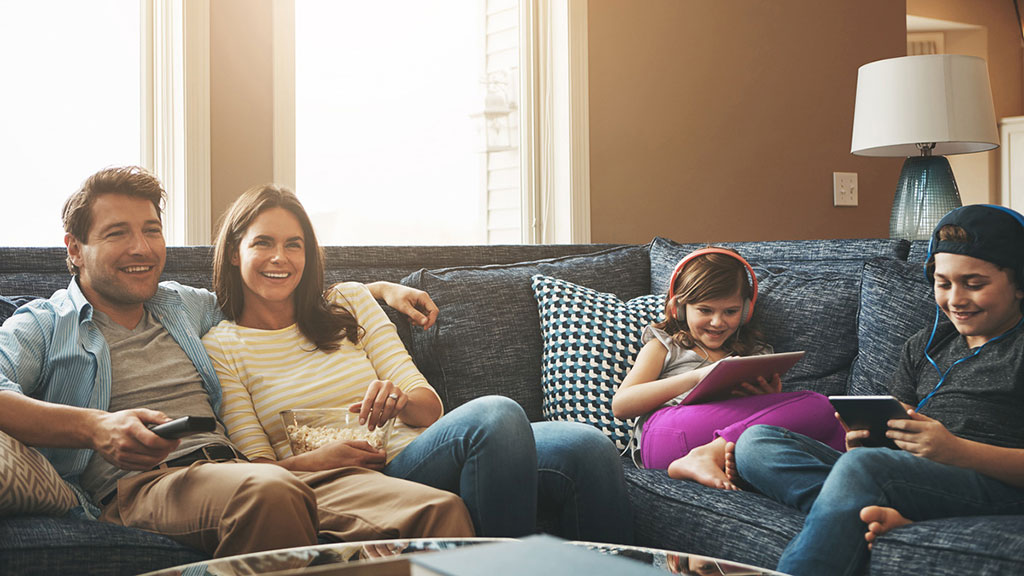 As Ireland prepares for the remaining phases of lockdown restrictions to be lifted, media consumption habits have returned to pre-Covid-19 levels according to the latest wave of research from Core.

According to the research, TV consumption, while still up 4% overall year-on-year,  has begun to normalise since its peak growth of 21% in the first week of April. “We are also seeing fluctuating viewing patterns for younger audiences as programming schedules evolve,” Core notes.

It also points out that viewership of RTÉ’s flagship news bulletin,  The Nine O’ClockNews, while still performing strongly, has “reverted to more typical viewing levels as newsworthiness of the crisis wanes. That said, RTÉ viewership has grown significantly and now commands a 43% share of viewing in the latest four-week period. This comes as RTÉ premiered Normal People, which has been a significant win across broadcast and VOD platforms,” according to the research. 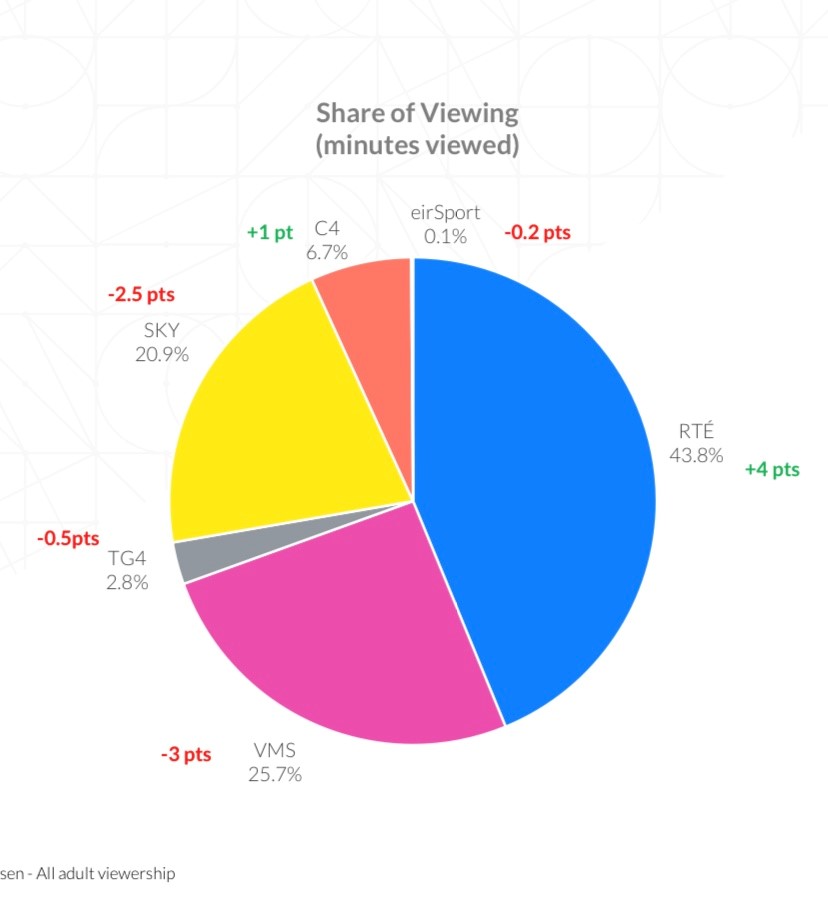 Viewership of catch-up services has seen significant growth throughout the lockdown period and has increased by up to 30%, according to Core.

Consumption of printed and online news is also seeing a return to pre-Covid levels according to the research.

Meanwhile, weekday circulations of newspapers remain under pressure and continue to decline by up to -10% year-on-year, it adds.  “This is in contrast to growth that is being seen across most national newspapers at the weekend where circulations have increased by between +2% and +7% year-on-year.  At the same time, we are seeing double the normal monthly page impressions for all major news sites, these numbers are beginning to reduce month-on-month –a trend to watch in the coming weeks,” the Core research notes. 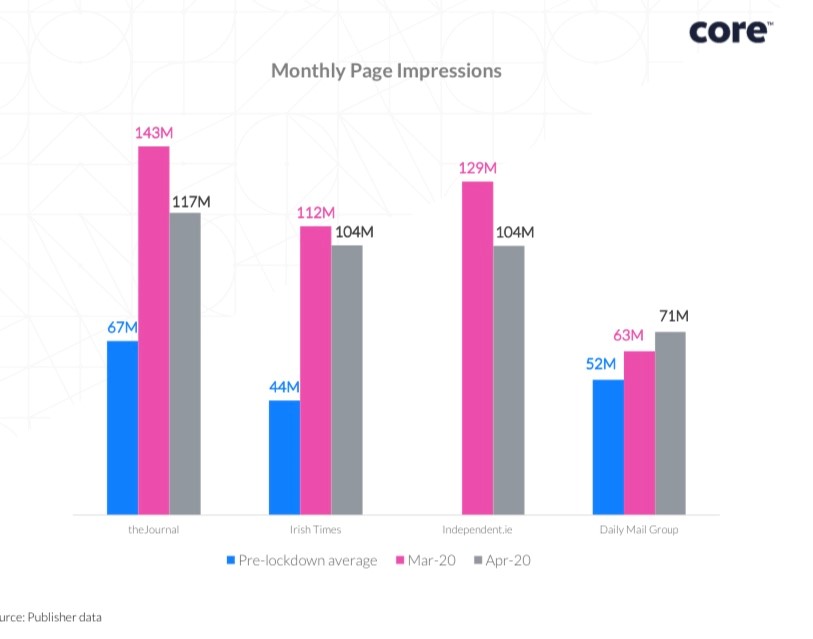 Search terms, meanwhile,  have significantly shifted away from Covid-19 and are now much more heavily focused on events such as Pieta House’s Darkness into Light appeal. UFC results are also popular, suggesting people are eager to find alternative content.

“Our lockdown searches also reflect the growing trend for inspiration, as people try to cut their own hair, make their own cocktails and learn to cook,” says Core.

“Similarly, April saw the lowest number of coronavirus mentions in social media since the pandemic began. Mental and physical health are two of the most talked about topics this month, as government initiatives around health, as well as Darkness into Light, drive conversation,” it adds.

Elsewhere, the surge in podcast content continues, as broadcasters, such as Louis Theroux make their first foray into the audio world. His podcast (now in its third week) is the most listened to in Ireland.

“There is an increase in the journeys that people are taking during lockdown. Apple’s mobility data shows an increase in travel in recent days across all regions, although journeys are still less than 50% of pre-covid levels. In the coming weeks, as lockdown measures ease, media that have been starved of audience like OOH will see the return of some demand.”