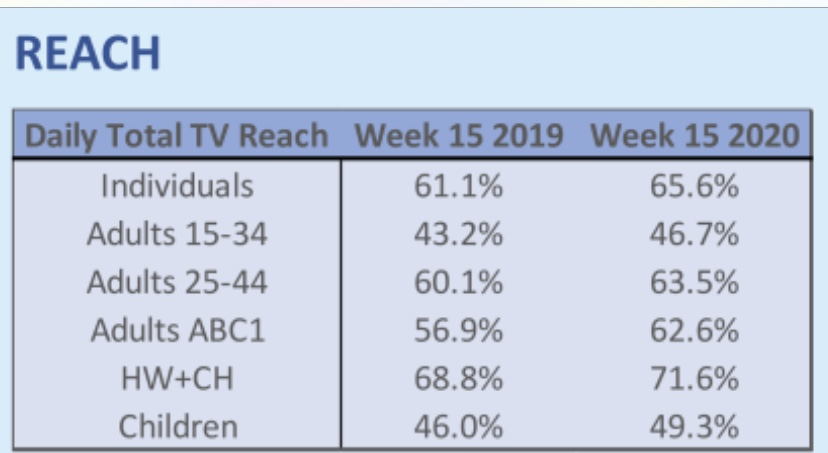 With the lockdown in Ireland still in force, TV viewership figures continue to remain robust with the latest TAM Ireland continuing to show year-on-year increases.

In addition, the average daily minutes for live and “viewing on same day as live” (VOSDAL) continued to be up across all audiences on a year-on-year basis. 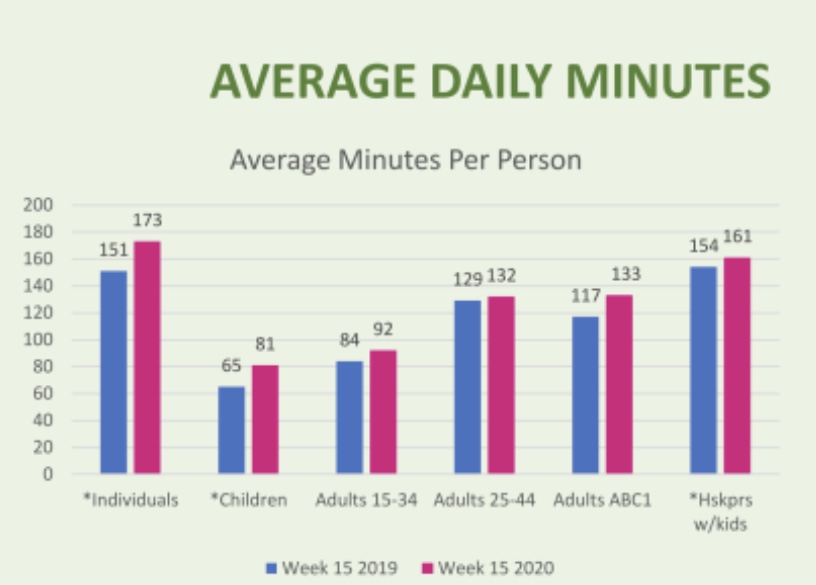 “The value of television as both a trusted news source and entertainment hub has really come to the fore in these challenging times,” says Jill McGrath, CEO of TAM Ireland.

“All this extra time being spent at home is having a significant impact on the amount of time spent viewing television.  Consolidated viewing for Adults 15+ was up 36 mins  per day year-on-year  for the first week in April,” she says.

Television is playing a dual role in Irish people’s lives during this crisis.  On the one hand, as it is such a trusted source of news and information, we are seeing record levels of viewing to news and current affairs programmes. But TV is also helping to keeping the Irish public entertained with increased viewing to soaps and entertainment programmes seen across all channels.”