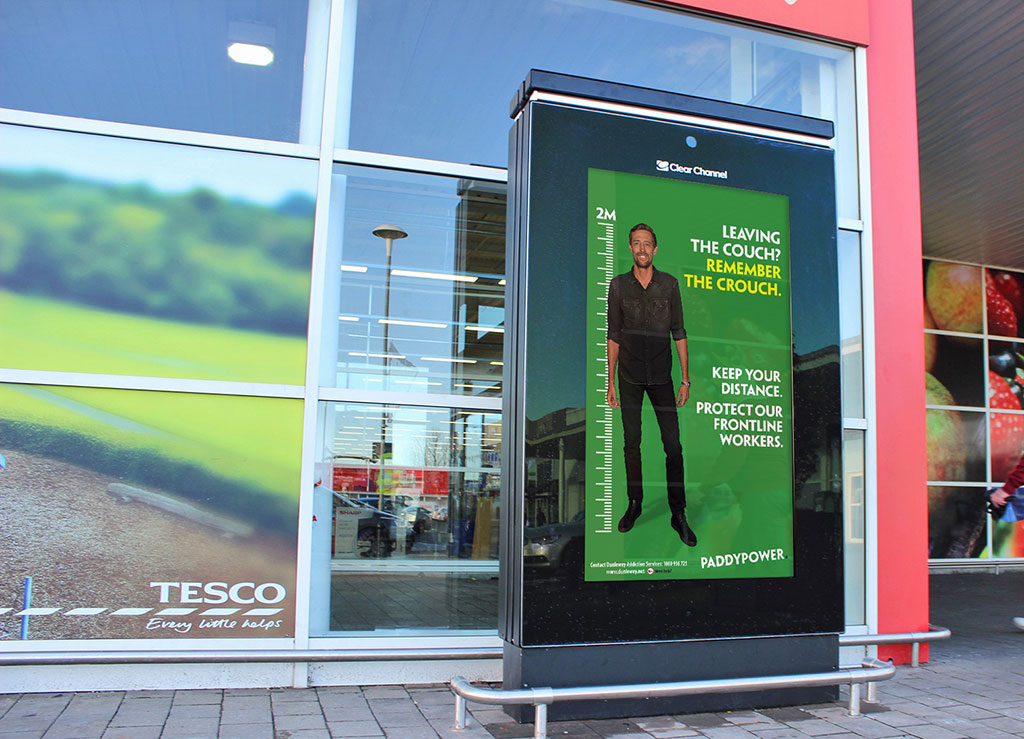 The bookies may be closed and all sporting events cancelled or rescheduled but Paddy Power has utilised Digital OOH as a force for good to remind the public to keep their distance when out of home.

Broadcasting for a four-day period across the Tesco Live network, the bookmaker enlisted its famously lanky brand ambassador, Peter Crouch, as a visual prompt on the importance of physical distance.

Created by The Public House, the former Tottenham, Liverpool and England forward struck just the right note representing the two-metre recommendation as part of the social-distancing efforts to tackle the spread of coronavirus. The messaging which was placed by Mediaworks and Source out of home, was positioned at the supermarket entrances to communicate the important message and connect with consumers in locations that they are present with significant footfall and queuing still evident on the path to purchase.

Scott Molloy, Account Manager in Source out of home commented; “It’s great to see brands using the OOH medium as a way to communicate important public advisory messages in this unprecedented time. Positioning the campaign in retail environments allowed Paddy Power to communicate cleverly in an environment where consumers are.”

Paddy Power himself added; “We’re all being told to stay two metres apart, but who really knows what that means? So we thought we’d spell it out to people with the best example of two metres we could think of – Paddy Power ambassador Peter Crouch. Hopefully the ad raised a smile and encouraged people to stay safe.” 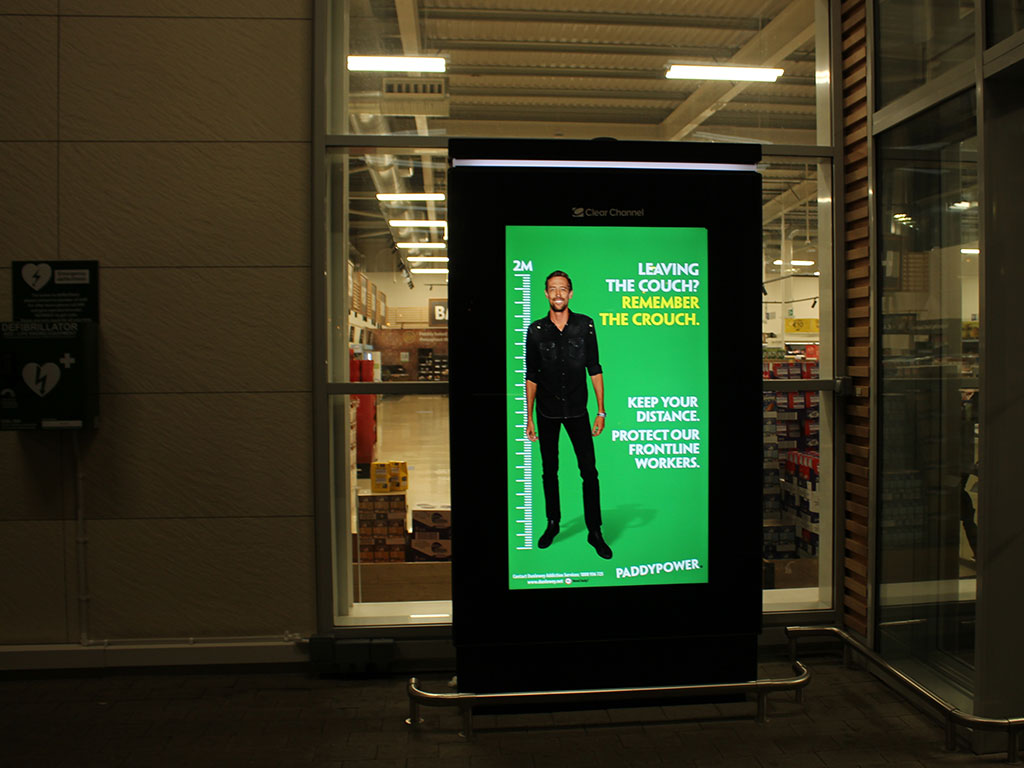