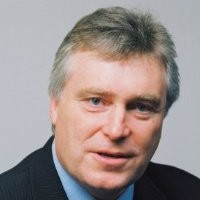 Stuart Fogarty, the former managing director of AFA O’Meara and McConnells Advertising offers some advice to agency bosses who are now facing into a perfect storm.

I’ve been here before. I know what happens.

In the crash of 2008, we saw advertising agency income drop a ‘mere’ 40% because, put simply, advertising is the first thing clients switch off when they struggle.

It’s easy. They stop ad expenditure today, without the need for even a board meeting and when they’re looking through their P&L, they see big advertising savings sticking out like a sore thumb.

You can of course, continually tell them that they’re wrong – brands that advertise in a recession stay stronger blah blah blah – but it’s like standing on Dollymount strand trying to push out the waves. They’ll cut advertising first and, frankly, if I was them, so would I.

When it’s a choice between letting people go or stopping advertising, which would you do?

The 2008 crash looks halcyon, because today, it’s looking like advertising is going nowhere now and, when businesses get back, advertising will not be top of their list either. They’ll be more concerned about getting their machines fired up, people back to work, organising sales calls, getting drivers on the road, putting product in the hands of customers to generate income which, when they are paid, may go towards advertising. So, there’s going to be a time lag.

Added to that, as we sit here in April, it’s looking like a summertime lag, at best. The 2008 crash took nearly two years to right itself. And summer coincides, as the horrible ad gods would have it, in the annual June/July/August ad shutdown anyway. Traditionally most agencies do more business in an October than they do in June/July and August combined and that’s been the way for a thousand years.

Like all businesses, agencies have fixed monthly overheadswhich probably account for between 30% and 40% of income, with rent being the obvious one.  I’ve heard of some agencies faced with rent in excess of €100,000 a month. Add to that health insurance, mobile phone bills, likely 5% pension contributions, insurance, company cars  and so on. Then there’s the salaries which can account for up to 60%, sometimes more.

Deferring the fixed overhead now, is possible, to avoid the constant dip into current cash reserves but in effect, you’re just moving debt into other months. It’ll still have to be paid and it will have to be financed from cashflow later. That day cometh.

Staff salaries can be cut (if they agree), redundancy is a substantial cash cost now, so you’ll avoid that, and anyway you’ll need those staff resources too in order to provide a service later. Agencies are a measure of their staff after all. Your assets go home in the lift every night.

In the short term, the likely course is you’ll finance as much of it as you can from reserves and defer what you can. See what happens. Too big to fail. So were we, Ireland’s biggest agency at the time.

A ‘holding pattern’ in the hope of better days ahead but with no clients today in the mood or even available for business conversations (they too have other things on their minds), you’re living in hope. Fingers and toes crossed.

You cheer yourself up with ‘what if’ healthy looking projections that do not materialise. Possibly government assistance will help?  (They will until they run out of cash too and bonds will eventually start to wobble). Or bank loans for liquidity? (They won’t because like you, they don’t know where you’ll be in three months). You think, but it’s all short-term.

Then you open the wine.

We did all of that and in time, it’s worthless.

Because, as no bright horizon appears, the debt burden increases and either you pull the plug or someone else does. And it can happen quickly. We were trading on a Monday, gone on a Thursday morning. Four days. We should have acted faster and not lived in hope and kept our reserves.

There is a way out. The change that needs to be taken now, is structural.

I have been beating this drum for 10 years – all business is an online business. That includes agencies and if ever you needed the proof, look around you today.

The solution for agencies is to provide their services online, as much as they can, without the need for high staff (and the associated other overhead such as cars, pensions, mobile phones, VHI etc), no high rent and frankly, better 24/7 and 365 delivery. Automate whatever you can and it makes clients stick.

Client self-op platforms for planning, media buying (traditional and digital) in real time, automated invoicing, online support/advice via Skype (to home workers in some cases), sophisticated client dashboards and even creative uploads of advertising material. Media agencies can do what they do best in person, media planning and then automate all media buying but with the same margins.

Admatic has that turnkey solution for Agencies.

You start now and you/we build on it. We do it with you because we know the agency business. Backwards. We’re here to help.

The game has changed, the time is up, move fast and move now.

Been there, done that and have the T-Shirt.

Stuart Fogarty has been working in the advertising industry for the last 30 years and is a former managing director of AFA O’Meara and McConnells. He is also a former president of IAPI.  He is also the founder of the mediatech company Admatic (www.admatic.ie)  and the video agency Streamabout (www.streamabout.com)