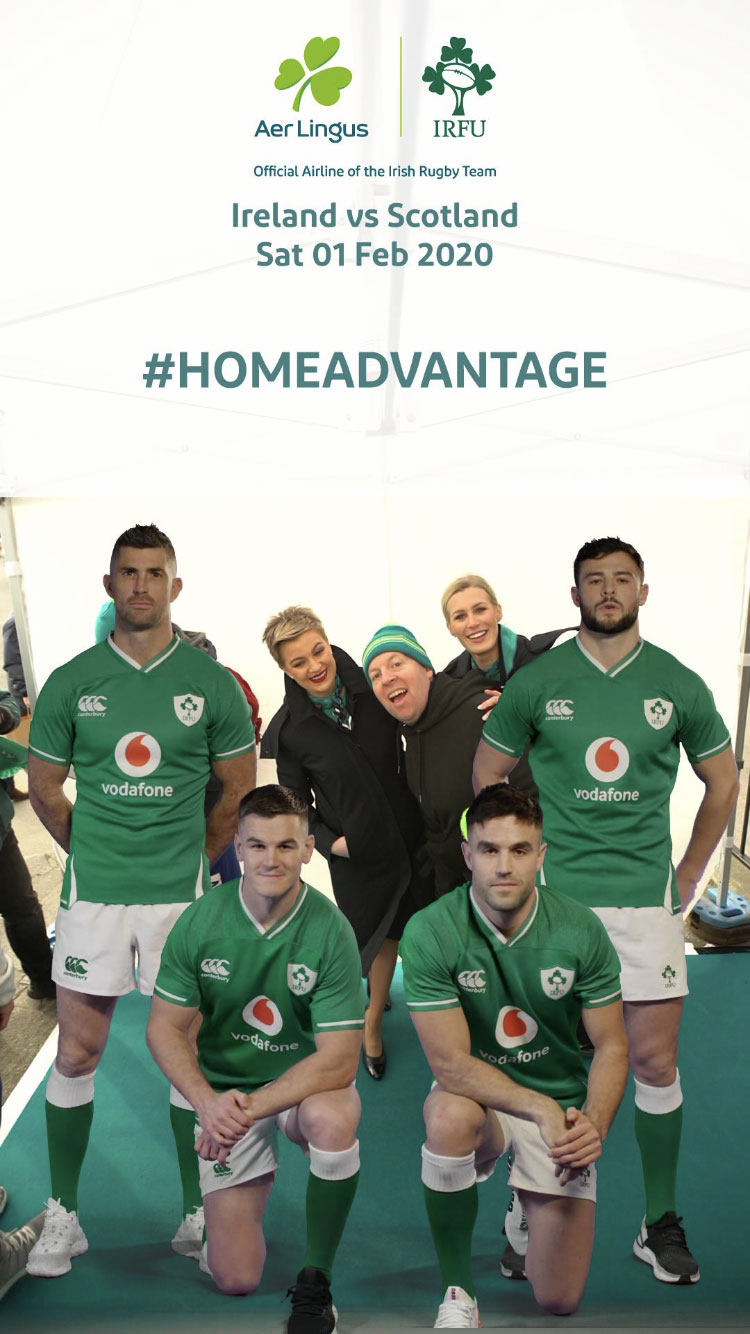 For the opening game of Ireland’s Six Nations campaign last weekend, Aer Lingus activated an experiential OOH fan experience that added fun and engaged matchgoers in the vicinity of the stadium.

Bringing home advantage to the stadium, an AR interactive screen outside the Aviva posed as a photo booth which allowed fans to take a virtual photo with a group of Irish rugby players. The rugby players included Johnny Sexton, Conor Murray, Robbie Henshaw and Rob Kearney.

Pre-recorded footage of the players was incorporated into the live action screen. The AR technology then overlaid the players and placed them alongside fans as if they were posing for a photo.

Aer Lingus branded woolly hats were also handed out to fans as they made their way past the activation and on to the stadium with many fans wearing the branded hats for their player picture.

Output from the activation included amplification on social media with many fans sharing their photos online and Aer Lingus producing a highlights reel from the opening game to push on its social media networks.

Teams in Carat, PML and Hedgehogs VS Foxes devised and executed the activation.

According to Pat Cassidy, head of digital, innovation and technology, PML Group: “With this activation for Aer Lingus, we combined both the physical and digital world to create an immersive fan experience for match goers. It was a huge success on the day and capitalised on Aer Lingus connection with Irish rugby.”