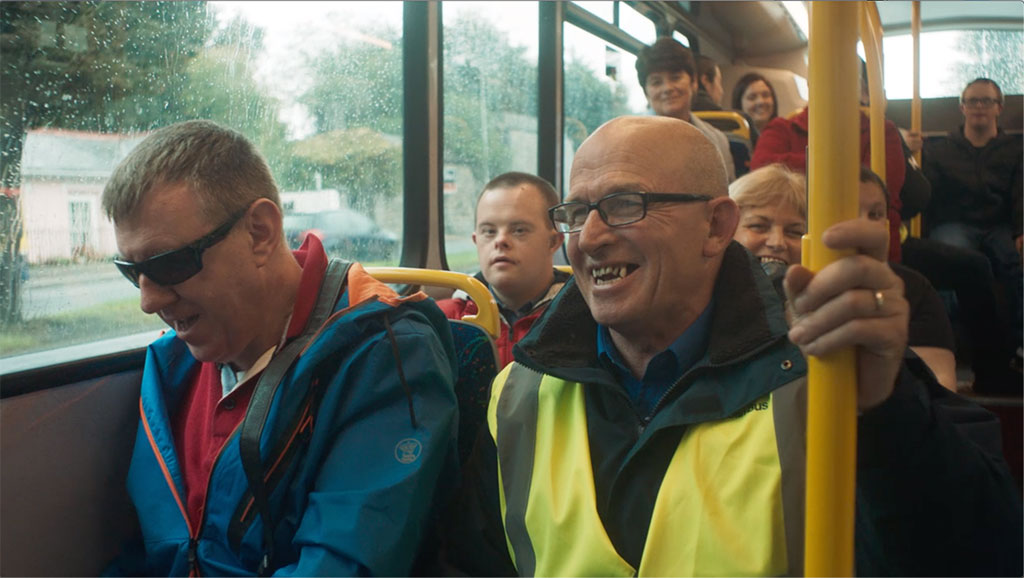 Rothco | Accenture Interactive has created a touching documentary style video for Dublin Bus which celebrates the work of one of its employees who has championed the company’s Travel Assistance Scheme  which helps those with disabilities travel around the city using public transport of their own.

The company wanted to showcase the life-changing impact of the scheme and to do this, they chose Roger- the person behind the scheme – who has given the freedom of the city to thousands of people with disabilities.

Over 100 previous participants of the scheme were approached and asked to take part in the video. Whilst their needs and disabilities varied, they all had one thing in common – a newfound freedom in their lives.

The resulting documentary-style video sees Roger led to believe he is shooting a how-to style video about the scheme, when in fact he was at the centre of something bigger.

We help get people to the most important destination of all – Freedom – with the Travel Assistance Scheme. Proudly funded by @TFIupdates. pic.twitter.com/wHbsGz3JcR

In the film, previous participants are brought by bus to the Dublin Bus depot to surprise Roger and thank him for his work. Not only this, but viewers also hear about the participants’ personal journeys to freedom. Finally, Roger is welcomed by the Lord Mayor of Dublin and informed that the Travel Assistance Scheme will be honoured with a Lord Mayor of Dublin Award for its contribution to the city.

According to Alan Kelly, COO of Rothco: “‘Bigging someone up’ has never caught on here in Ireland. It’s just not the done thing. We have a highly effective tall poppy syndrome at work here to keep up all in check. However, there are exceptions. Roger Flood, the Travel Assistant at Dublin Bus, is that exception. This is the story of someone who goes above and beyond to help others every single day and nobody who watches this film will grudge him his two minutes in the spotlight. Some heroes don’t wear capes, they wear hi-vis Dublin Bus jackets.”

Mary Ryan, Marketing Manager of Dublin Bus, adds: “As part of our ambition to drive inclusivity and diversity, truly representing our real customers, we’re delighted to be able to continually offer this incredible service to the community we serve every day. This scheme is just one other way in which we help to move all the people of Dublin around the city. With the NTA, we hope that this campaign will give recognition to those dedicated to working in the scheme, but even more so, bring awareness of this amazing resource to those who will benefit most from it.”