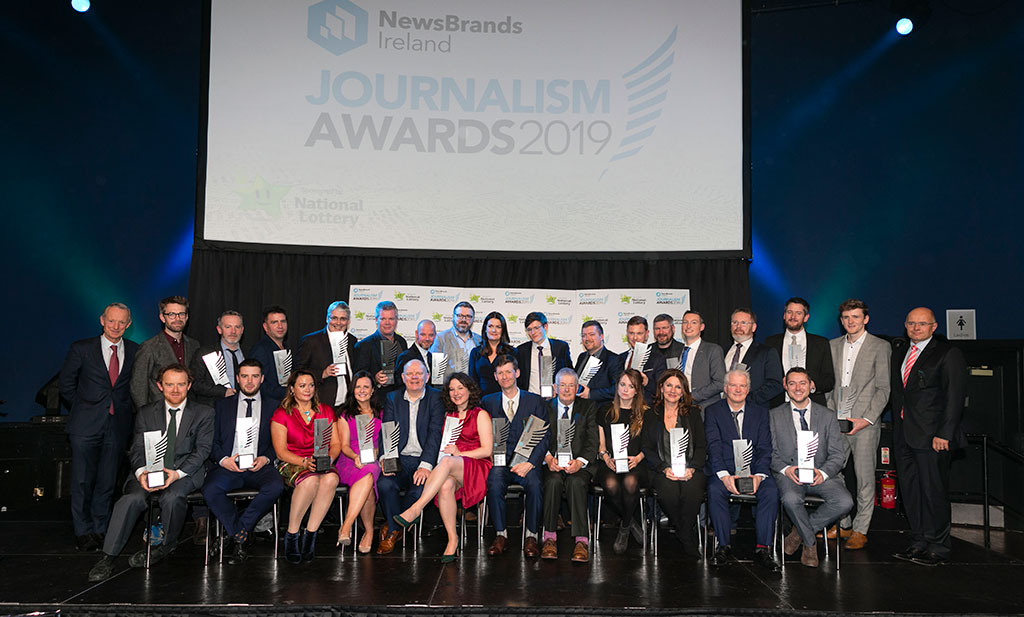 The importance of quality journalism in our day-to-day lives was once again on display at the annual NewsBrand Ireland Journalism awards which were held in the Mansion House this week.

Sponsored by the National Lottery, the awards showcase the very best in Irish journalism and the news brands behind some of the biggest stories over the last year.

A total of 26 category awards were presented at the awards which span all areas and disciplines of modern journalism and are open to work published in print, website, online, mobile, video, or audio.

The big award – NewsBrands Ireland Journalist of the Year- went to Mark Tighe of the Sunday Times for his investigation  into the FAI’s finances and corporate governance which ultimately led to the departure of its chief executive John Delaney.

Tighe was also awarded the Scoop of the Year and News Reporter of the Year awards, as well as being part of the team to win the Investigative Journalism and Campaigning Journalism awards for their exposure of issues around corporate governance in the FAI.

The award was presented by Vincent Crowley, Chairperson of NewsBrands Ireland, Tim Vaughan, the Chairman of the Journalism Awards Judging Panel, and Andrew Algeo, CEO of the National Lottery who sponsor the Awards.

The Journalist of the Year award, said Mr Vaughan, went to a journalist whose tenacious work “has led to a raft of stunning revelations that raised huge question marks about governance and transparency at one of the country’s most high profile organizations.” 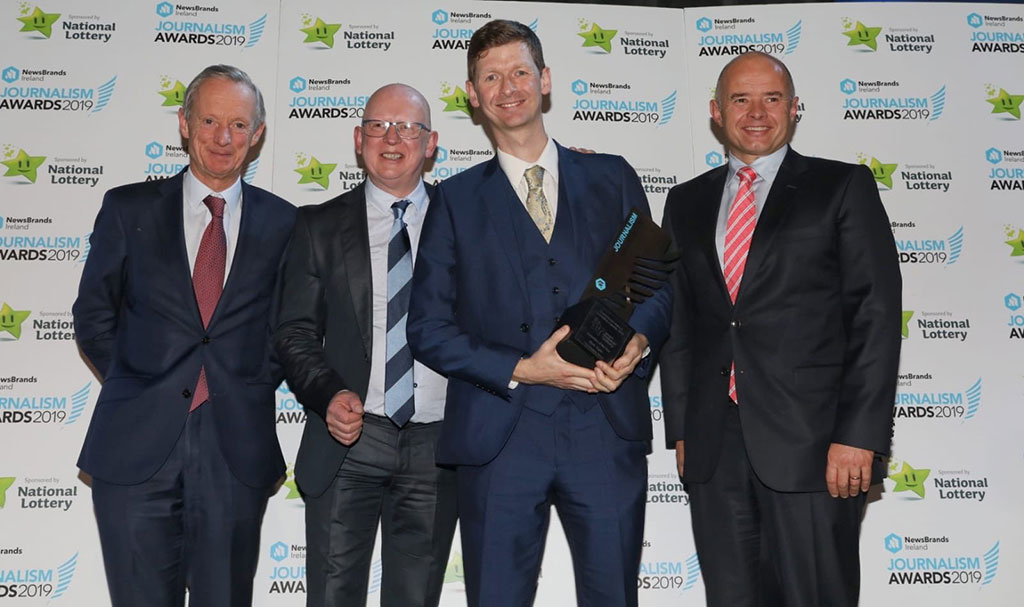 Addressing the audience NewsBrands Ireland Chairman, Vincent Crowley, said:  “People consume more hard news than ever before with our print and digital content read by 74 % of the population. Established brands, such as our member news publishers, matter when people are looking for news coverage. When it comes to news, trust is everything.”

He added that this NewsBrands Ireland continued its ‘Journalism Matters’ campaign which highlights the vital role the press plays in a vibrant democracy and calls on the Government to support measures to ensure the industry’s survival.

According to  Andrew Algeo, Chief Executive of the National Lottery:  “These awards are a recognition of the immense and valued role of journalism, shining a light as it does on all aspects of Irish society and making clear the impact and context of news and events.  The National Lottery is proud to sponsor these awards again this year, and to be associated with the best of work by the print and online journalists of Ireland.”

Business Journalist of the Year: Michael O’ Farrell, The Irish Mail on Sunday

Broadsheet Columnist of the Year: Hilary Fannin, The Irish Times

Campaigning Journalism: The Sunday Times for their FAI campaign

Critic of the Year: Liam Fay, The Sunday Times

Crime Story of the Year: Norma Costello, The Irish Mail on Sunday

News Reporter of the Year: Mark Tighe, The Sunday Times

Podcast of the Year: The Floating Voter, Independent.ie

Scoop of the Year: Mark Tighe, The Sunday Times

Showbiz Story of the Year: Barry Moran, The Irish Sun

Sports Journalist of the Year (Popular):  Roy Curtis, The Herald and Sunday World

Best use of Video: Simon Carswell and Enda O’ Dowd, The Irish Times

Young Journalist of the Year: Jack Power, The Irish Times

Journalist of the Year: Mark Tighe, The Sunday Times