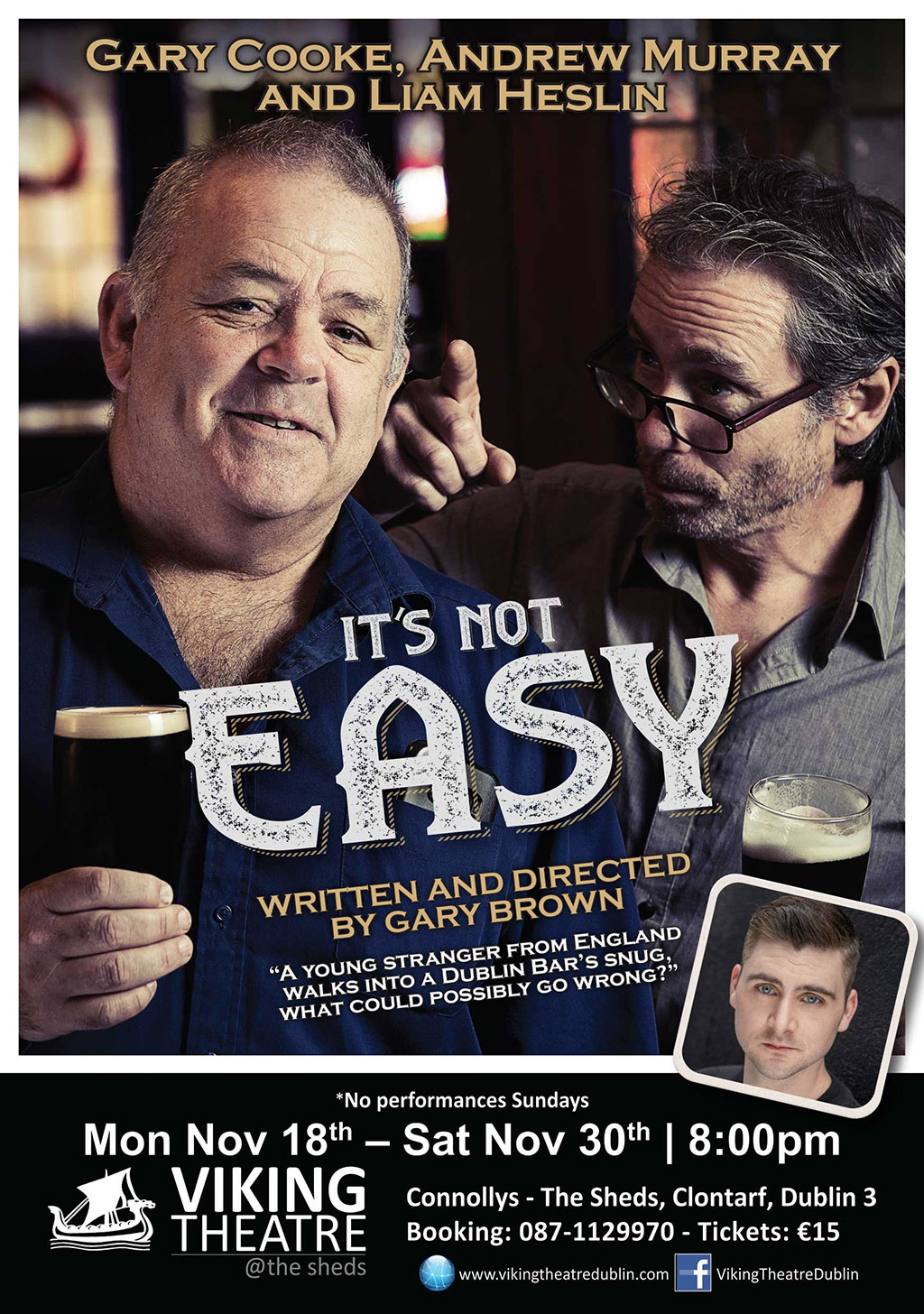 Following on from his successful debut as a playwright with Back Live earlier this year, Gary Brown, one of the industry’s leading marketing and advertising experts and chairman of JWT Folk, will return to the stage with a second production called It’s Not Easy.

Written and directed by Brown, the new play will be staged in the Viking Theatre in Clontarf and will run from Monday November 18th  until Saturday November 30th.

Described as a “witty and dark comedy with a social commentary that forces its characters and its audience to confront uncomfortable issues with edginess , humour and pathos” it will have a cast of just three actors – Gary Cooke, Andrew Murray and Liam Heslin.

For more information and to book tickets visit http://www.vikingtheatredublin.com/bookingcontact/