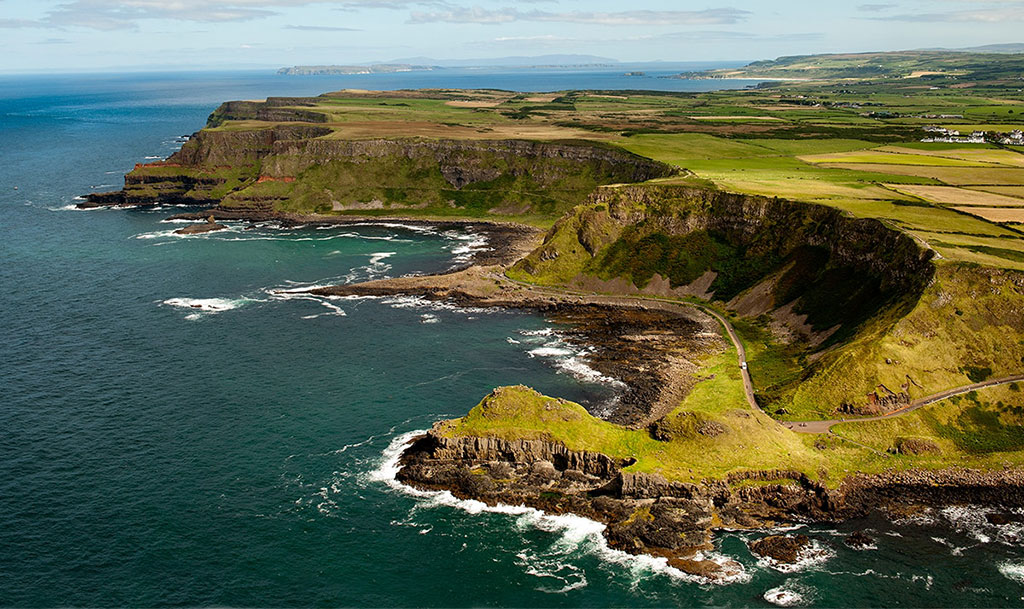 Tourism Ireland has teaming up with TomTom, the location technology specialist, in its latest campaign to promote holidays in Northern Ireland.

The promotion with TomTom is just one element of Tourism Ireland’s new ‘Slow Road’ campaign – which will roll out over the coming weeks in Germany, France, Spain, Italy, the Netherlands and the Nordic region. The campaign will encourage ‘culturally curious’ holidaymakers in those countries to take the ‘slow road’ and to come and discover the spectacular Causeway Coastal Route by car this autumn.

Activity with TomTom will include a dedicated Causeway Coastal Route section on the TomTom website and on the various language versions of Tourism Ireland’s website, Ireland.com. Also, popular European bloggers and influencers will be invited by Tourism Ireland to visit and to use the TomTom RoadTrips platform (which helps travellers discover the world’s great road trips) on their drive along the Causeway Coastal Route – and, in turn, to encourage their fans and followers to come and explore Northern Ireland for themselves. And, a one-page article about the Causeway Coastal Route will appear in the October edition of Traveller, the easyJet inflight magazine which is read by millions of easyJet passengers.

The ‘Slow Road’ campaign also includes social activity on the various Tourism Ireland platforms (including Facebook, Twitter and Instagram Stories), directing its 1.7 million fans and followers to the road-trip section on Ireland.com; email marketing to Tourism Ireland’s database of around 370,000 consumers across Mainland Europe as well as a major PR and publicity push.

The campaign will highlight some of the many great reasons to visit in the off-season months – including our spectacular scenery and landscapes, rich heritage and culture, our Game of Thrones filming locations, as well as our superb culinary offering. It will also highlight the good value on offer here, promoting lots of great offers from Northern Ireland tourism operators.

“Tourism Ireland is delighted to partner with RoadTrips by TomTom, as part of our new ‘Slow Road’ campaign,” said Finola O’Mahony, Tourism Ireland’s Head of Europe. “We’re highlighting holidays in Northern Ireland during the off-peak season and encouraging travellers across Mainland Europe to come and discover the Causeway Coastal Route by car. We aim to take advantage of late booking trends, as there is still plenty of business to play for between now and the end of 2019.”