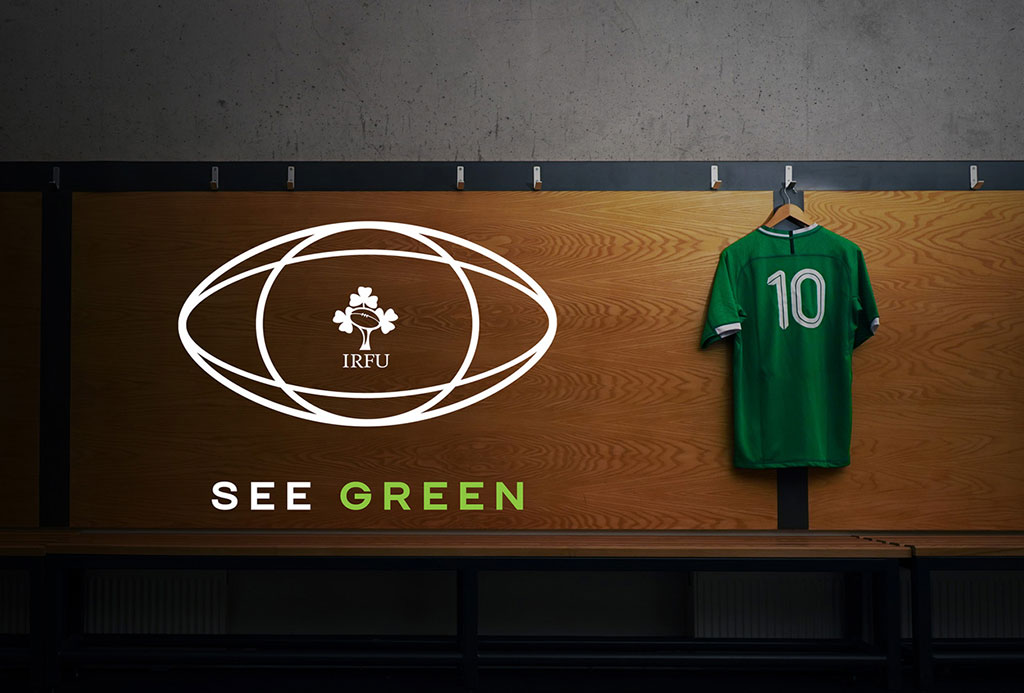 Rothco |Accenture Interactive has teamed up with the Irish Rugby Football Union (IRFU) to help the estimated 250,000 colour-blind fans across the country watch the Irish rugby team in the Rugby World Cup.

As part of the collaboration, a ‘See Green’ Google Chrome extension was built that allows colour-blind users to apply a colour overlay to a video by adjusting the hue, saturation, and contrast. As colour blindness varies from person to person, the tool needed to be simple to use but capable of delivering a personalised experience. By using a  slider-based solution – calibrated by using the IRFU logo – users can  alter the contrast of the shades on screen. The extension can be used on desktop for any matches that are being streamed legally.

According to Adam Crane, Creative Director at Rothco: “Inclusivity is central to Irish Rugby and the team stands shoulder to shoulder with fans. With this campaign we wanted to explore this idea even further. Colour vision deficiency and colour blindness only effects approximately 5% of the population, but we felt that it was a group of fans that we could and should help. See Green is a simple tech fix that can improve the flow of matches for this group. All our research suggests that we have made it a more enjoyable experience following the men in green.”

To highlight the new initiative, the IRFU’s new campaign tells the story of one such fan. Bobby Blakeney, who has been an avid rugby supporter for 74 years, suffers from severe colour-blindness and is unable to distinguish accurately between green and red. Bobby rarely attends live matches and risks mistaking players for those on the opposing team when watching – even when he’s at home.

Philip Browne, CEO of IRFU, adds: “The IRFU are pleased to work with Rothco on this innovative solution for those who are colour-blind. People know all about the importance of the green jersey and getting behind the green team, but for some it is difficult to distinguish between Ireland’s green and the colour of the opposition jersey.  Sports fans from all over the world who experience such issues can now see things clearer. While this tool had been developed with Irish Rugby fans in mind, the solution can help people everywhere to see a whole new world of colour. We hope that people will now See Green for the first time.”

The technology is available to download for free with an accompanying video telling the story of Bobby – and his reaction to See Green – also live on IRFU YouTube, Facebook and Twitter channels. A campaign website has been set up to house the technology, featuring instructions on how to download the extension and a series of ‘memorable Irish rugby moments’ that can be altered with See Green ahead of the World Cup.