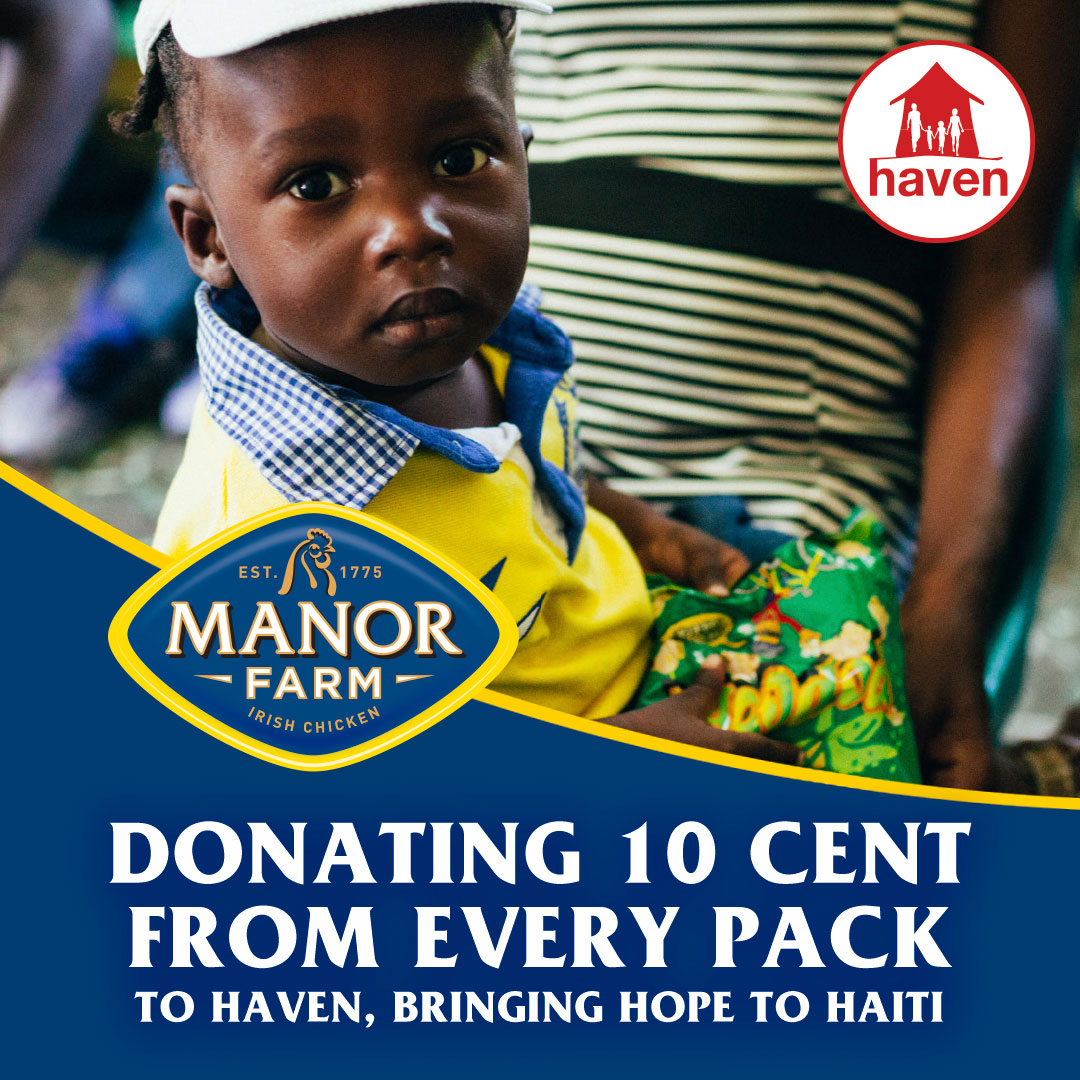 The Marketing Network Group, which includes Prior Communications and Bubble Digital, has launched a fully integrated marketing communications campaign for the poultry processor, Manor Farm and its charity partnership with Haven, the charity which works on the ground in Haiti.

The campaign started this month in retailers throughout Ireland with a 10c on-pack donation ‘Bringing Hope to Haiti; engagement on Manor Farm’s digital media platforms and social media, storytelling which will continue throughout the volunteer trip and also PR campaign with newly appointed Haven ambassador Alan Quinlan. Manor Farm has collaborated with their charity partner Haven, since 2015 and has raised over €300,000 this year to help Haitian families

Speaking about the charity partnership, Alan Quinlan said: “I am privileged to become an ambassador for Haven, and I’m proud of the great work that they do. Poverty and lack of sustainability in people’s lives is an important issue in Haiti and Manor Farm’s continued support of Haven is truly inspiring.”

Separately, The Marketing Network has rolled out a month-long campaign on behalf of client Keelings to promote the company’s range of fresh fruit.

The Berry Breakfast Time campaign revolved around in-store, PR and digital and creative activity. The in-store presence was a combination of on-pack and POS in SuperValu stores while PR activation included a media partnership with Today FM and Virgin Media. The Ian Dempsey Breakfast show week long promotional mechanic encouraged schools to enter and pitch how their school will benefit from winning the €10,000 prize, presented by Ian Dempsey with an outdoor broadcast at the winning school.

Keelings also partnered with Virgin Media to offer Ireland AM viewers the chance to win a €250 voucher every day for a week with one winner scooping a prize of a €1,000 voucher.

The integrated campaign was amplified on all social media channels utilising the Keelings berry breakfast time assets including promoting recipe videos across VOD.