To celebrate its Premier League sponsorship, Cadbury has kicked off a Dynamic DOOH campaign to highlight its position as official snack partner of the League.

Cadbury is broadcasting a variety of football related ads on digital screens in key locations across retail and commuter environments. A multi-layered approach was taken with several Dynamic elements bringing the footy focused campaign to life.

The ‘Match & Win’ on-pack promotion and in-store competitions provide fans the opportunity to win money-can’t-buy Premier League prizes and experiences. The countdown urges onlookers and shoppers to enter the competition with their match predictions. 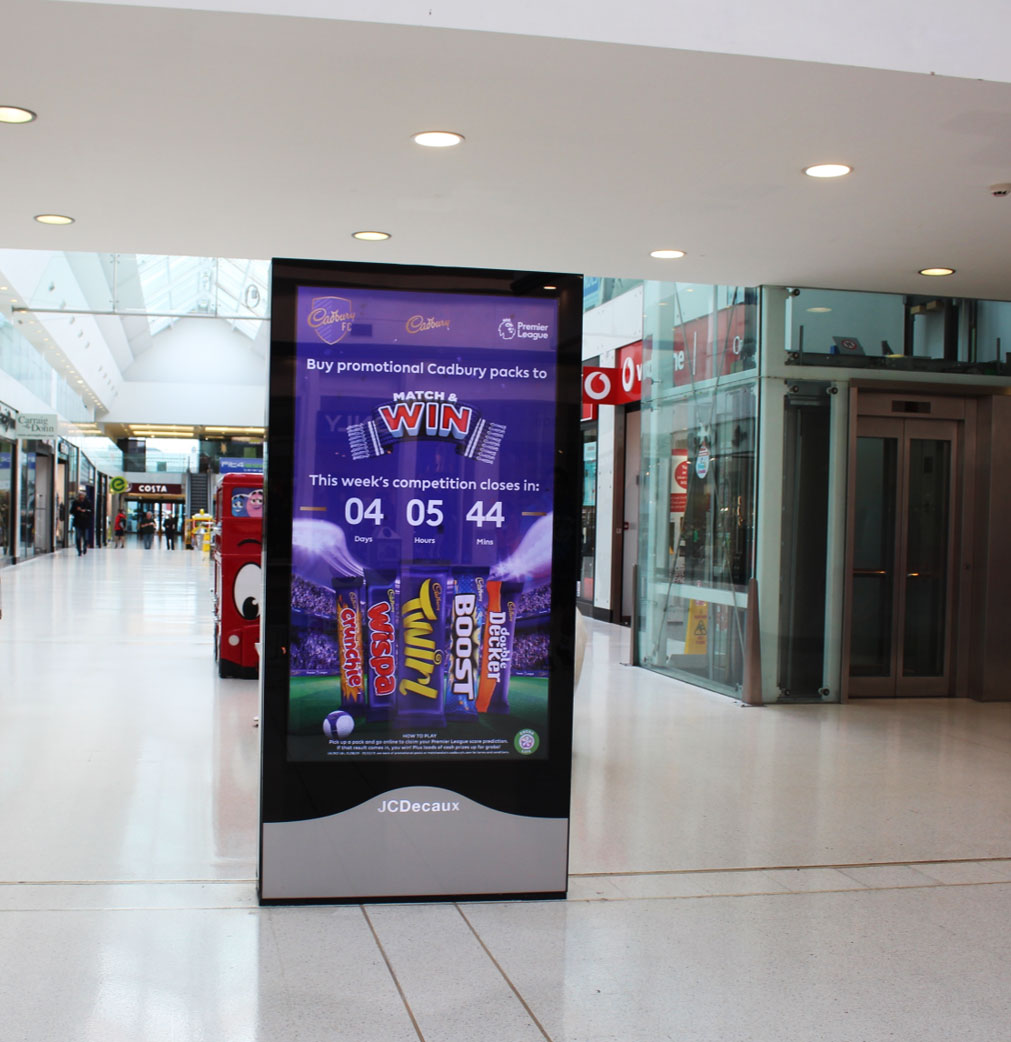 Fixture facts, provided by sports analytics company Opta, are also ingested into the platform to disseminate interesting facts about each Premier League game. This results in 20 facts running from Thursday morning until the games are live each week.

Once the games get underway, live scores are recorded in the Dynamic platform to display the games score alongside the goal scorers to lend a real time aspect to the campaign.

Carat and PML teamed up for the planning and targeting of the campaign, with PML Group’s Design+ delivering the creative. Audience affinity for sport, through Locomizer mobile data was analysed in planning the campaign. Supporting the Dynamic campaign, classic retail and roadside formats deliver reach and visibility in key POS locations

According to Keith Brennan, Account Manager at PML: “We were delighted to launch this exciting OOH campaign for Cadbury and create immersive moments for fans. Using the right OOH mix, the campaign delivers both impact and engagement while further aligning Cadbury with Premier League football. By broadcasting real time scores and contextual information, Cadbury makes sure the football fans among us don’t miss any important Premier League moments when out of home.”