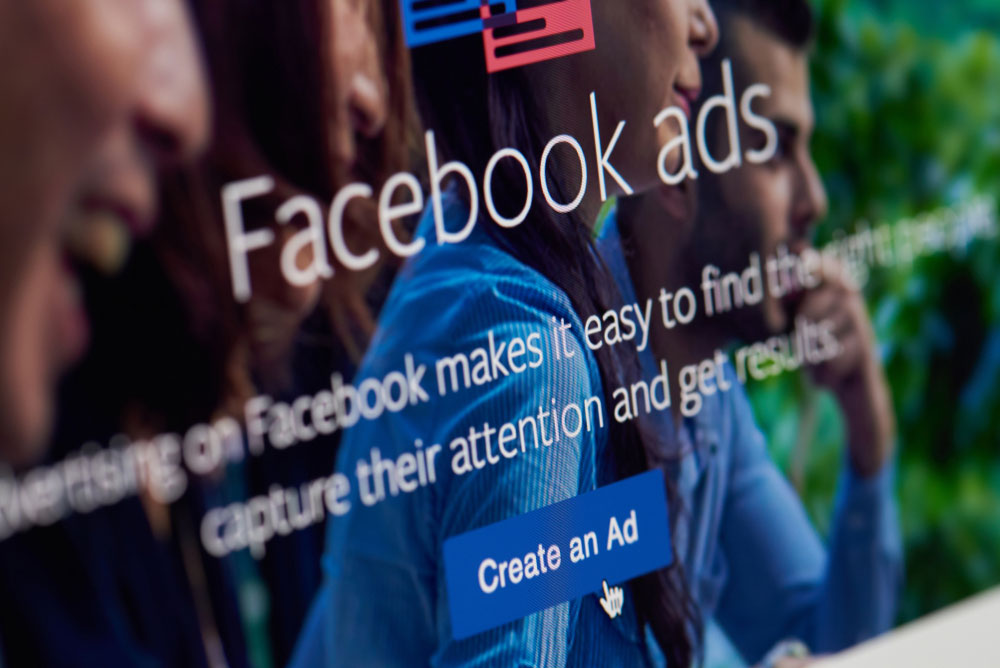 “Far too much of the intellectual firepower of our industry is being spent on fixing problems versus focusing on delighting the people we serve.” Marc Pritchard, chief brand officer, P&G.

For Facebook, who own both Instagram and WhatsApp, Q1 was another very strong period of growth for their business. Revenues rose by 25% to more than $15 billion in the first quarter of the year, while its monthly userbase rose by 8% to almost 2.4 billion. Locally the latest IAB study predicts that Facebook accounts for almost 20% of digital media ad spend. Growth is continuing but there are a few watch-outs from the report;

To summarise, even with all the scandals, fines, warnings in relation to user growth, and privacy concerns, the impact to the bottom-line has been minimal.  But why is this? Why haven’t advertisers moved off the platform after the Cambridge Analytica scandal? Why are advertisers not acting on the recent privacy issues?  Why aren’t advertisers moving their budgets to other channels that are perceived as the safer option? And most importantly why are we predicting continued growth in a platform that is struggling to get past the constant negative PR narrative?

Let us explore the possible reasons why advertisers continue to use the platform, but as part of this, lets also suggest areas that Facebook needs to improve on to ensure advertisers stay on the platform.

Within Ireland, Facebook reaches two out of every three adults monthly. That’s 66%* of the population that’s actively engaging on the Facebook platform alone every month. Instagram and WhatsApp have continued to gain momentum too, with 50% and 65% monthly penetration respectively. When user data and online behavioural insights are the holy grail for digital advertising and your platform has this level of reach, you have scale and control. This is largely the reason why advertisers continue to invest in Facebook.

The Global Web Index survey results shared in January 2019 by We Are Social, feature all of Facebook’s platforms in the top five most used social apps in Ireland – Facebook itself, WhatsApp, Instagram and even Messenger.

This obviously gives Facebook a significant competitive advantage as these apps give it another opportunity to extend its advertising offering. So, using the single platform – Facebook – advertisers can now set up ads to reach Instagram, Messenger and WhatsApp users all in one space. All advertisers must do is choose the best bidding strategy to align with their campaign objectives, roll out their campaign and deliver results in the most efficient, scalable way possible.

Prediction: When Facebook announced early this year that it planned to integrate Instagram, WhatsApp & Messenger, it came as no surprise to most people. It has been long suspected that it’s Facebook’s ambition to create a WeChat type of business model in the Western world. It appears to make business sense. For example, businesses wouldn’t have to go through the efforts of creating multiple services for all of Facebook’s companies but layer on to a single platform. In simple terms this means a Messenger Chatbot for example, would work just as well on WhatsApp, encouraging accessibility and therefore further investment on to the platforms.

Facebook’s targeting parameters can seem endless, that’s because they are! You only have to look at Facebook’s Business Success Stories to see the positive impact targeting can have on business results.

Facebook’s trading currency is data. This is their own CRM data based on your behaviour while on Facebook but not limited to that. Over the years, Facebook has forged partnerships with other data companies to expand and layer multiple data points on users in order to have a better and rounded view of its users. Using these off-site signals/ data points Facebook has managed to help advertisers build in strong insights, create custom audiences, look alike audiences and get really creative with their key target audiences.

Prediction: In the past year, Facebook has experienced quite a backlash when it came to the use of users’ personal data. Between being caught misusing data, exposing its users to global spyware or technical glitches which cost users their right to privacy, one thing had become clear. Facebook’s days of trading freely on user data are numbered. The launch of GDPR last May forced Facebook to address the burning question of what the company was doing to address the issues of user data and privacy. It’s taken a year for Facebook to finally announce it’s launching the ‘clear history’ feature which will allow users to take more control of how their off-Facebook data is shared back with Facebook. The imminent launch of the ‘Off Facebook Activity’ product will only partly address this issue. Whether it will have an impact on targeting capabilities is yet to be established.

With Facebook’s varied ad formats and placement strategies, businesses have the opportunity to reach, engage or drive specific user actions. Facebook has always been strategic with how it creates, launches and aligns its ad formats with particular placements to deliver strong campaign performances.

The days of ASUs on your Facebook profile are a far distant memory now. Over the years Facebook has pivoted from one format to another. Whether it’s been squeezing out a ‘Vine’ to start a video battle or a reaction to another emerging social platform like Snapchat’s Insta Stories, Facebook has not been shy about borrowing formats from other platforms. With the latest growth of TikTok and continued growth of YouTube, the focus on video for Facebook is evolving again.

Prediction: After much criticism about quality of content being shared on its platform, Facebook has had to review its video strategy. Facebook recently announced it’s changing the way it ranks video and will focus more on rewarding original content that’s up to three minutes long, user engagement and loyalty. The shift from the short 15 – 30 seconds memes makes you wonder why this pivot and why now? With a cleaner, stronger content platform, Facebook should drive better performance for brands advertising too and strengthen viewership rates. Reviewing their video offering is a priority. If you compare the product to other channels, TV and VOD, they quickly need to see an improvement in completion rates, viewability and mute rates as they consistently underperform versus their largest competitors.

Clients always want to know how their campaigns are performing and the return they are getting from their investments. Facebook’s platform is built to deliver instant report data and insights to satisfy clients who want to know what’s happening now. The level of detail is impressive. The options are there to report at campaign, ads, demographic, location level or to focus on key metrics like views, actions, reach, or even revenue being generated by your Facebook ads. The detail to which you can drill down gives advertisers a better understanding of who is seeing or engaging with their ads.  All this data can satisfy their business stakeholders and very easily align with business goals.

Prediction: The biggest issue has been the lack of transparency when it comes to the data being reported on. When Facebook was first criticised for inflating its video metrics measurement, it rolled out a marketing partner program to better help advertisers evaluate the ROI of their media spend on the platform. Facebook has since partnered with multiple third party partners like DoubleVerify, who currently analyse stories. Transparency is a must and is constantly called out by all the leading agencies and brands.

There is no doubt Facebook and Google will continue to take most of the digital investment in the local and global markets. We’re predicting that the combined revenue from this duopoly will be approximately 78% of the total digital ad spend in 2019. The growth expected on Facebook will come from their focus on Stories, Video and Messaging.

There are clear issues that they need to address though. How they’ll integrate the three platforms without breaching any data legislation; GDPR and privacy concerns don’t seem to be going away; their VOD offering needs to improve to be in line with the standards we expect from their competitors, and finally transparency in relation to their data. Currently all the tech giants operate with a severe lack of transparency which will need to be addressed for advertisers to increase investment with confidence.  Advertisers are asking the right questions about the platform but continue to invest at a phenomenal rate. Growth is slowing down in the western world, and so will ad revenue, as predicted in their latest quarterly earnings report.  Negative headlines will continue, and media outlets, agencies and brand managers will continue to give their view on the future of the platform.

It’s safe to say the demise of Facebook is exaggerated in the short-term, but long-term increased pressure from legislators in the US and Europe could slowly chip away at their overall business model. Facebook is so big now, that its safe to say advertisers will continue to invest in the platform, as long as the consumer stays on it.