Since it was launched last month, the new Samsung SkyScreen in Dublin Airport’s T2 has proved to be a very popular choice for advertisers and is already 50% sold for the busy Christmas period, according to Ronan O’Donoghue, Head of Advertising & Commercial Partnerships, Dublin Airport.

The LED digital billboard SkyScreen was  installed in Dublin Airport’s Terminal 2 in June. Located ‘airside’, beyond the security screening area right in the heart of T2’s newly refurbished retail shopping area, restaurants and bars, it’ spositioned to maximise passenger dwell times.  Measuring  9 x 3 meters, SkyScreen can run 10”, 20”, 30” or 60” AV content in a number of flexible combinations.  With a 2.5mm pixel pitch, it also affords brands the opportunity to be experienced in true high-quality digital LED definition at 180 degree viewing angles. Broadcast enabled, SkyScreen also has the capability to be transformed into a giant TV screen, says O’Donoghue.

“The Samsung powered ‘SkyScreen’ marks the next chapter in our digital transformation journey at Dublin Airport. In addition to our 64 digital AerPods located across both terminals, this new statement site now confirms Dublin Airport’s digital footprint as one of best available in the Irish advertising marketplace. Thanks to the supreme quality provided by Samsung, SkyScreen not only delivers large scale to a large audience, it also delivers a best-in-class digital LED experience unlike anywhere else. It doesn’t get much bigger or better in digital out-of-home right now,”  he says.

According to Adrian McInerney, General Manager for Samsung Business in Ireland: “We are delighted to team up with DAA to deliver a 27 SqM Samsung LED Video Wall in Dublin Airport. This is our best in class, largest and brightest LED technology and will be seen by millions of passengers travelling through Terminal 2, Ireland’s premier advertising location. The new LED video wall will allow advertisers to accurately represent their brand and deliver an impactful message to viewers. With the deep colours and accurate reproduction of Samsung Narrow pixel pitch, LED advertisers can perfectly reflect their brand assets and messaging – the perfect opportunity to deliver an immersive experience and memorable content.”

According to O’Donoghue, recent Red C Research shows that  82% of passengers surveyed agreed that brands they see advertising at Dublin Airport are considered ‘trustworthy.’ In addition, 81% say they are in a ‘happy’ mood – making them more receptive to advertising. 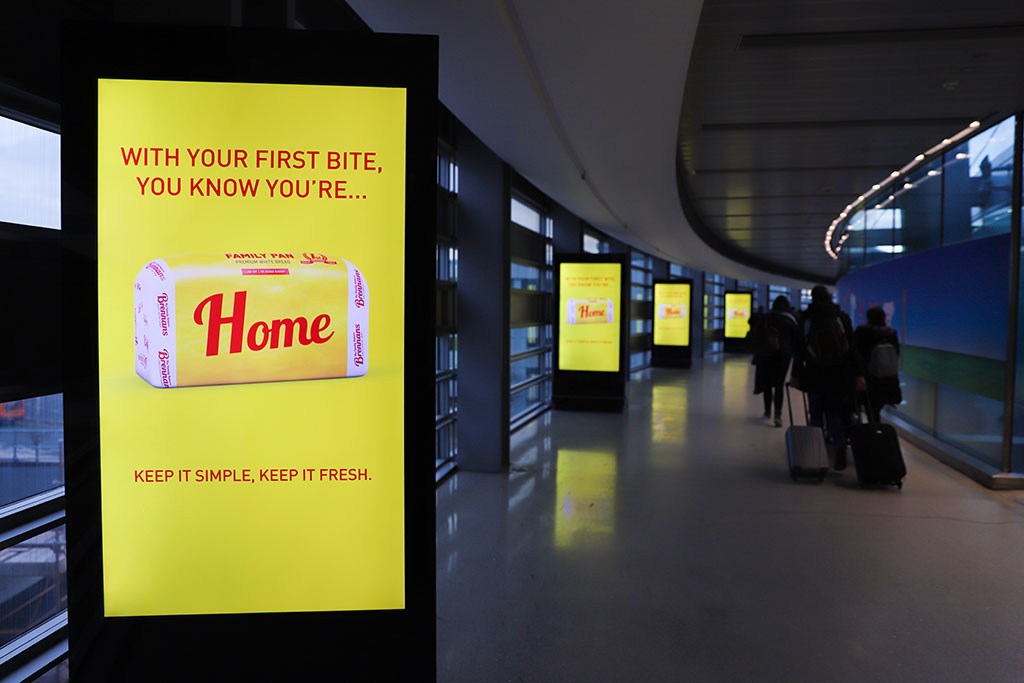