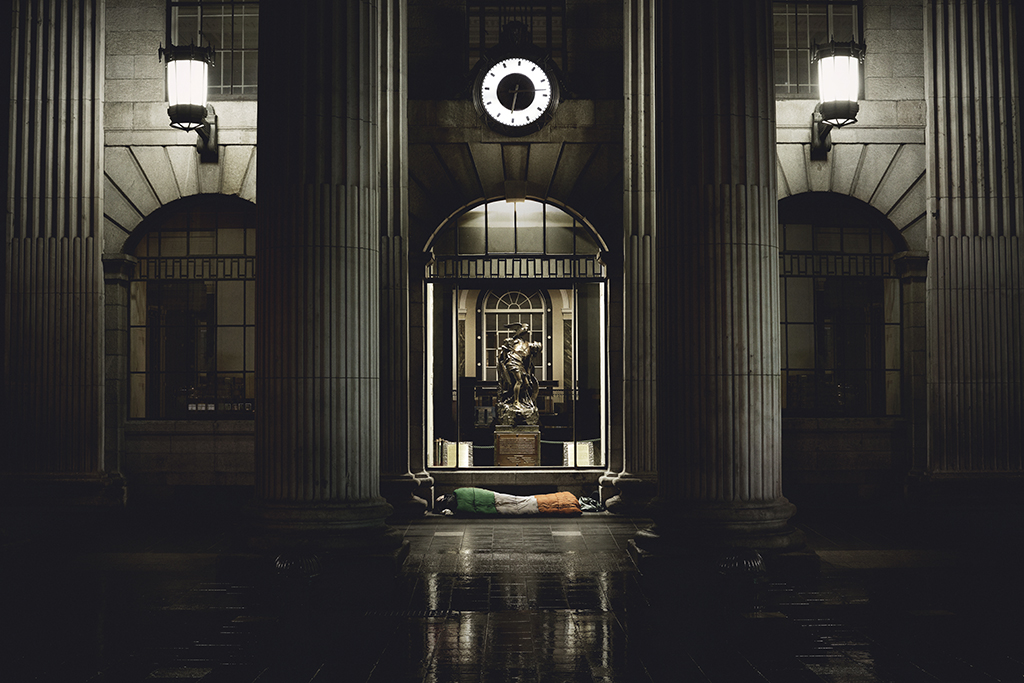 The campaign was awarded one Yellow Pencil in the PR category for Low Budget and two Wood Pencils in the Experiential and Media Categories.

The ‘Sleeping Flags’ campaign raised public awareness around the plight of homeless ex-Defence Forces personnel in Ireland. To do so, ROTHCO reimagined the Irish tri-colour, a symbol of national pride, as a sleeping bag, the universal symbol of homelessness. Veterans were given these symbolic sleeping flags to protest in the shadows of Ireland’s most historically significant locations.

The shocking spectacle and public appeal sparked a passionate debate across social media, national news, and even the Irish parliament, about how the nation treats the people who have given everything to serve their country.

In response to the campaign, which was executed on a low budget, the Irish government donated a desperately needed new building to O.N.E, ensuring more homeless veterans could be saved from the streets.

Creative Director on the campaign at ROTHCO, part of Accenture Interactive, Stephen Rogers comments: “Getting recognition from D&AD for our Sleeping Flags campaign is so humbling for the whole team involved. The plight of homeless veterans in Ireland and the tireless dedication of O.N.E. in helping them was something that struck everyone that worked on the project from the very beginning of the journey. We are immensely proud that the campaign brought national attention to this issue and drove donations to O.N.E. but the biggest result for us was the receipt of an essential building from the government to help take more homeless veterans off of the streets of Ireland”.

In response to the success of the campaign, Sinead Black of O.N.E. commented “Talented, dedicated and a joy to work with. Sleeping Flags has given our homeless veterans a face in society. Congratulations Team Rothco you deserve every success”