BBDO Dublin has launched its first brand and advertising campaign for the GAA following the agency’s appointment as the GAA’s creative agency last December.

The partnership between the agency and the GAA has seen the roll out of a new brand platform that celebrates the shared values of the GAA, connecting with what players, members, supporters and administrators collectively cherish and hold true.

The fully integrated advertising campaign, “GAA – Where We All Belong / Tá Áit Duinn Uilig Ann,” will run across TV, (where the 60 and 40 second versions will air both in Irish and English) cinema, out of home, radio, VOD, digital and social and will be followed next week by the launch of a standalone campaign to promote the GAA All-Ireland Championships.

“GAA – Where We All Belong / Tá Áit Duinn Uilig Ann,” was launched with the unveiling of the new GAA manifesto – an affirmation of the Association’s mission, vision and shared values, as well as a celebration of the people who make the GAA what it is. This manifesto was distributed to the entire GAA community at home and abroad, with the goal that it be displayed wherever Gaelic games are played. 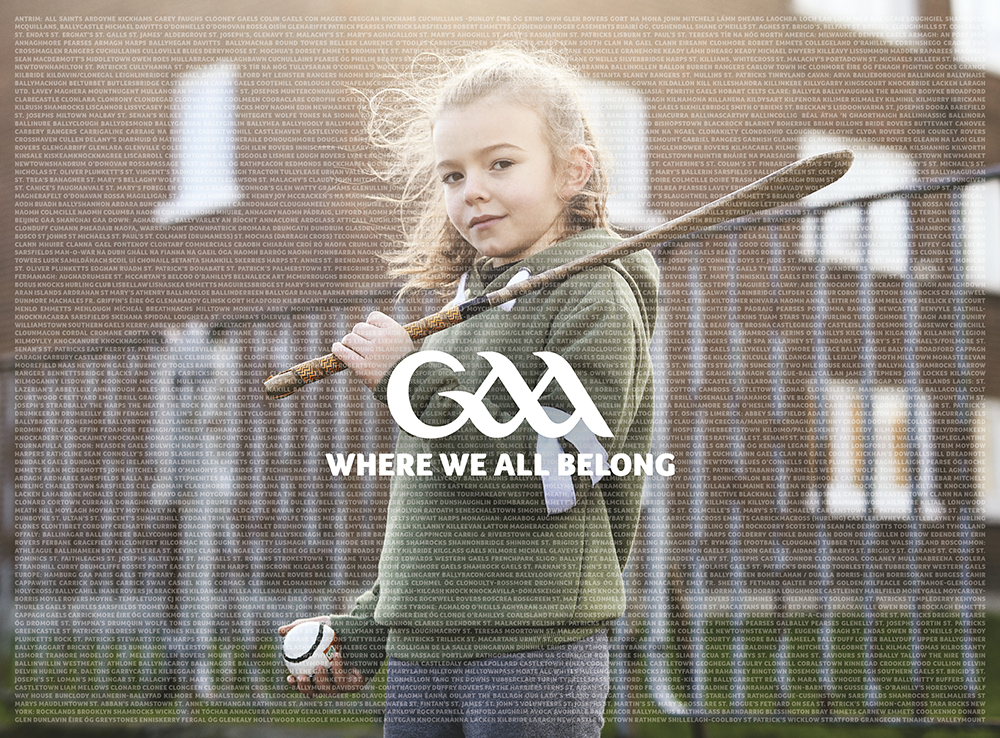 The manifesto unveiling marks the start of a wider campaign that celebrates belonging to the GAA. This initiative follows in-depth research among 8,000 people into what the GAA really means to them in modern day Irish life. This research revealed that the sense of belonging the GAA gives to people is of utmost importance to them.

Caitriona Ní Laoire, Head of Account Management, BBDO Dublin, said: “There’s nothing else quite like the GAA and ‘Where We All Belong / Tá Áit Duinn Uilig Ann’ is a campaign featuring the young, the old, players and coaches, administrators and supporters – all the people that make the GAA what it is. We’re immensely proud that our team has played its part in bringing to life the very essence of the GAA in a way that everyone can connect with, champion and celebrate.”

Noel Quinn, GAA Senior Marketing & Media Rights Manager, adds: “Participation and involvement in the GAA forms a major part of people’s identity and everyday lives in Ireland and abroad. This club, county, country and continent-wide network was harnessed like never before for our campaign and the organic reach achieved during its launch is clear evidence of the Association’s scale and the impact of the message. The sentiment and stories brought to life by ‘Where We All Belong’ have connected with all levels of our GAA ecosystem and #GAABelong has very quickly been adopted into the everyday GAA digital vernacular.”

GAA clubs across the country played a supporting role in the campaign, with BBDO Dublin casting members across the four provinces. Similarly, clubs from home and abroad are represented in the backdrop of the TV end frames, out of home, social and digital display.

In a first for commercial music, acclaimed Irish musician Colm Mac Con Iomaire has allowed his work to be used as the soundtrack to “Where We All Belong.” The track “Bád Ban – White Boat,” from his album: And Now The Weather (Agus Anois An Aimsir) will feature across TV, cinema and radio.