Rothco | Accenture Interactive and AIB in collaboration with Women’s Aid, have launched a new campaign to highlight the financial abuse of women in Ireland.

As Ireland’s largest financial institution, AIB is actively tackling a range of issues affecting its customers. Working behind the scenes, its dedicated Group Advocacy department, established in 2018, had identified that financial abuse within relationships was a serious issue within Ireland. This led to a collaboration with Women’s Aid, the nation’s leading organisation dedicated to stopping domestic violence against women and children – who revealed the shocking extent of the issue (over 198,000 women or 1 in 10 women over the age of 15) – on a campaign to raise awareness and reach out to women suffering financial abuse.

Having easy, convenient access to our money is something we all take for granted. But for financial abuse victims, gaining access to money can be a much more confronting and traumatic experience.

To demonstrate this and increase understanding and empathy for financial abuse victims, ROTHCO created the ‘Abusive Teller Machine’ – an AIB ATM that took on the controlling behaviour of a financially abusive partner when people attempted to withdraw money from their account. “Why do you need more money?” “Are you hiding money from me?” “If you’re lying, I’ll find out.” These were just some of the questions and threats that turned a simple, everyday experience into something insidious and eye-opening. As customers attempted to access their money the questions became increasingly intrusive and intimidating, before the customer was ultimately denied their money and the reason for their experience revealed – the fact that over 198,000 women are suffering financial abuse by their partners at any given time.

Customers were then directed to seek support from Women’s Aid if they, or someone they knew, were suffering. 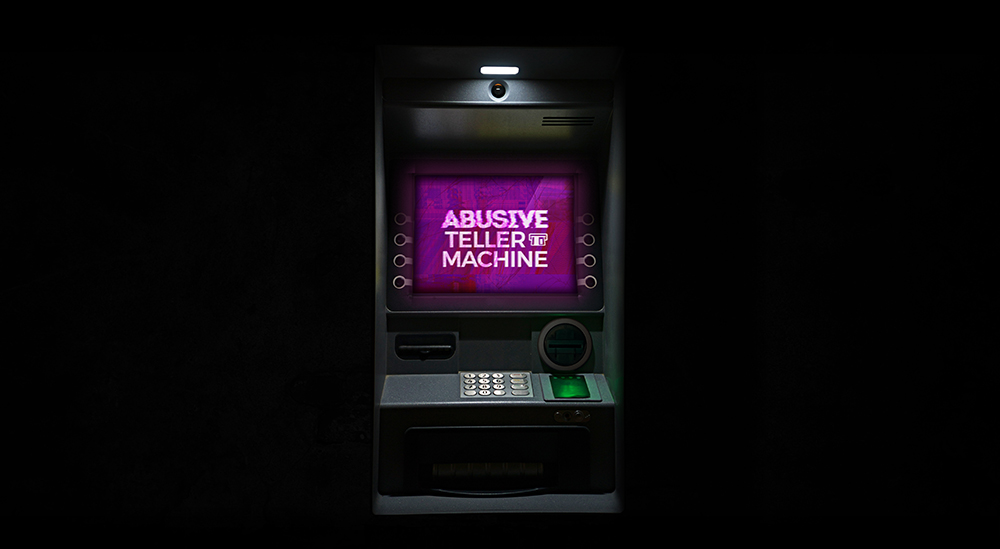 Mark Doyle, Chief Marketing Officer at AIB comments: “Through our discussions with Women’s Aid it became clear just how big an issue financial abuse within relationships is in Ireland, and how little it’s being talked about specifically. Given the numbers of women affected, we wanted to collaborate with Women’s Aid to raise public awareness and education levels around what constitutes financial abuse, and to ensure anyone who is suffering knows who to turn to for support. At an organisational level, we’re ensuring we have the right support in place to meaningfully assist any of our customers who are experiencing financial abuse.”

As well as raising awareness, the activation had the ultimate goal of providing victims, or concerned family and friends, with both the resources to know what to look for and on-call expert support of Women’s Aid. Alongside the campaign, AIB has has put in place a range of initiatives around the issue, to ensure any customers experiencing financial abuse by their partner receive the support they need.

For the Abusive Teller Machine interaction to be effective, customers couldn’t know what to expect. So, a series of hidden cameras were set up in an AIB branch to capture their reactions during their confrontation with the ATM. A Women’s Aid and AIB representative were both on hand to directly support anyone affected by the experience.

The Abusive Teller Machine is an unscripted film which will appear online across Women’s Aid website and social channels, along with AIB’s social channels.