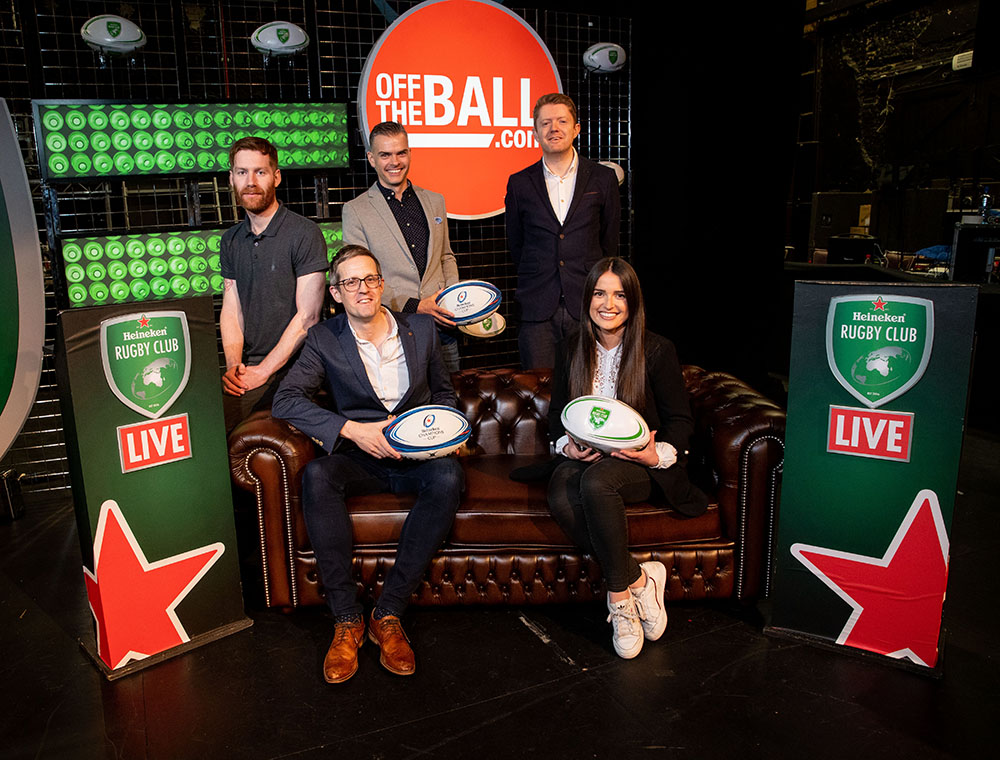 Heineken Ireland and Media Central have announced that the successful Off The Ball Heineken Rugby Club roadshow series is back again with a series of events planned for the remainder of the year.

With the Rugby World Cup in September and Leinster and Munster still in the hunt for the Heineken Champions Cup, the popular roadshow expects to draw record crowds this year. Kicking off in style last week, with Michael Cheika at the Olympia Theatre in Dublin, Off The Ball Heineken Rugby Club aims to place fans at the heart of the action in what promises to be an incredible year for rugby.

Speaking at the launch, Heineken Senior Sponsorship Brand Manager, Ronan McCormack said: “Heineken® has a proud and rich history with rugby in this country, and we are delighted to continue to deliver the best possible rugby moments away from just the 80 minutes on the pitch.  Who could forget when Martin Johnson finally broke his silence of that red-carpet incident in the National Concert Hall? Through this partnership with Off The Ball, we hope to add to that this year and look forward to some very exciting shows around the country.”

Ger Gilroy, Managing Director, Off The Ball adds: “We are delighted to be partnering with Heineken® again this season, with our Off The Ball Heineken Rugby Club events.  We look forward to capturing some great moments in the run-up to the Heineken Champions Cup and the Rugby World Cup, with some of our regular contributors Brian O’Driscoll, Keith Wood and Alan Quinlan, alongside a host of star guests like we have had over the last year, Johnny Sexton, Warren Gatland, Serge Betsen and most recently Michael Cheika.”

According to Anna Doyle of Starcom, which brokered the sponsorship: “As we enter the fifth year of this exclusive partnership with HEINEKEN Ireland and Off The Ball it is clear the relationship has stood the test of time simply because it places the fans at the heart of the conversation. Every year we continue to build on the consumer experience, testing, learning and reapplying consumer feedback to ensure the most relevant, immersive and memorable experience for Ireland’s rugby enthused audience. Our 2019 partnership has a few surprises in store stimulating rugby and all sports fans to embrace the sociability that rugby inspires.”