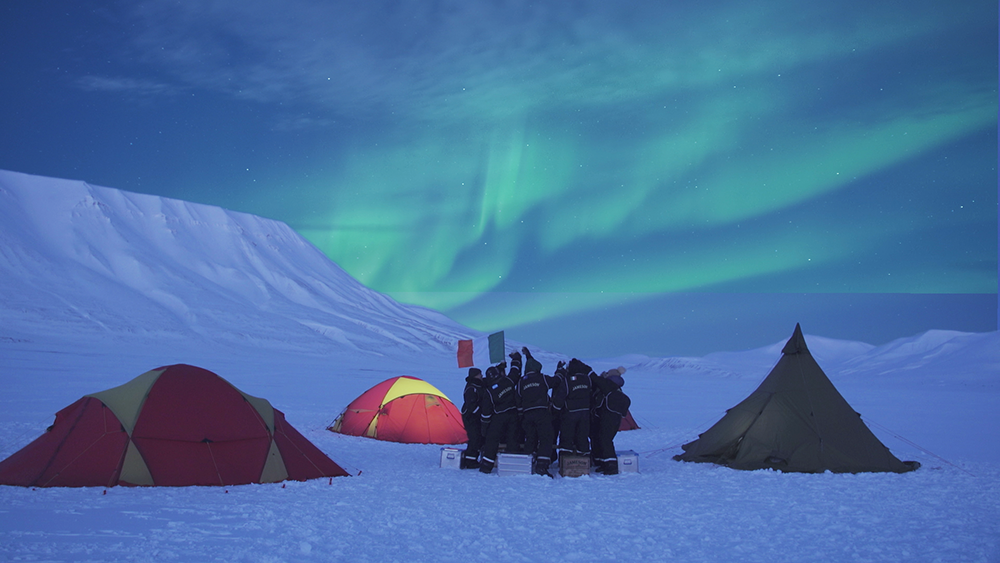 St. Patrick’s Day is a party that has travelled well, celebrated in every corner of the globe by both the Irish and the Irish-for-a-day. But this year, a group of Jameson fans went to a remote part of the globe that hasn’t celebrated St. Patrick’s Day – Svalbard, Norway, just 650 miles from the North Pole. Locals are nearly outnumbered by polar bears, snow and glaciers dominate the landscape, and there’s no Irish pub in sight.

As the creative agency behind Jameson’s St. Patrick’s Day global campaign, The Public House hatched the expedition idea, which saw four groups of friends from India, Argentina, Ireland, New Zealand traverse across Svalbard Norway, for one very special reason – it’s the geographical representation of the year 1780 (the year Jameson was founded). A 60 second online film was created quickly after the expedition to inspire Jameson fans around the world that it’s not where you are on St. Patrick’s Day, it’s who you’re with.