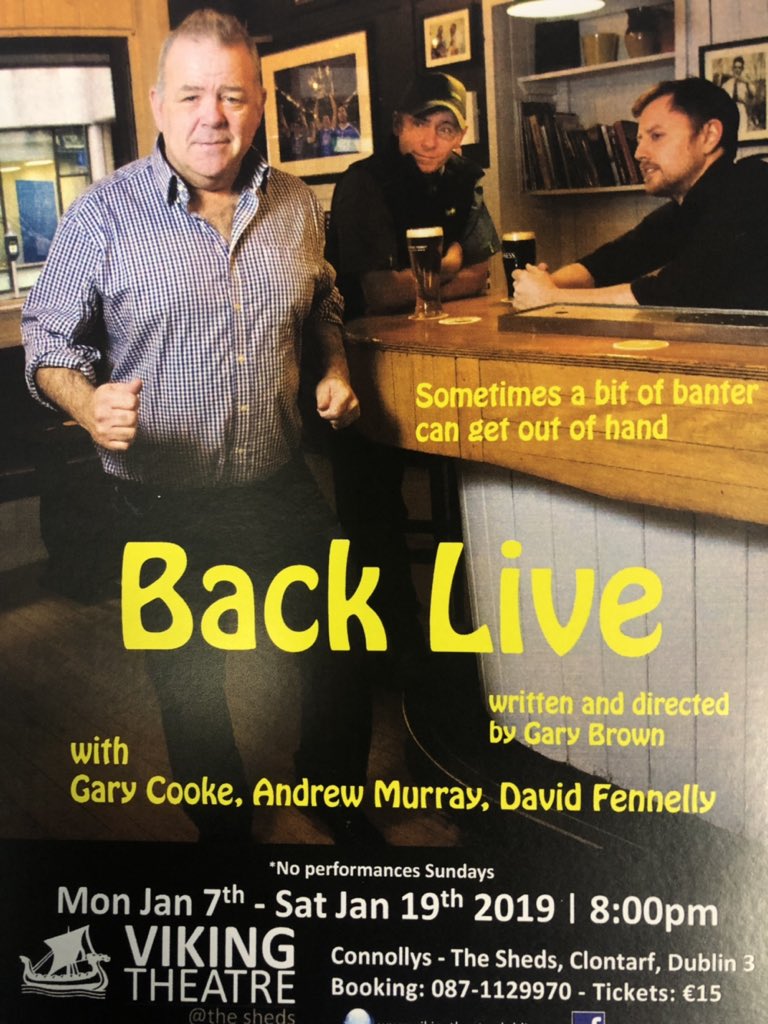 Gary Brown, one of the industry’s leading marketing and advertising experts and chairman of JWT Folk, is set to make his debut as a playwright with a new play called Back Live which will be staged in the Viking Theatre in Clontarf in early January.

According to Brown, Back Live is a story of banter and slagging and how it permeates our culture, but sometimes the banter can be bruising while the slagging can lead to unexpected places.

With a cast of just three actors – including Gary Cooke of Après Match fame – the plot revolves around Gino and Les, two drinking buddies who have a lot in common and they both fancy themselves as men of the world. Jason, meanwhile, is a young barman and son of the owner, who looks up to them, but wonders what goes on behind their mask of outward banter and bravado. What lurks behind their happy go lucky breezy attitude to life? Is there anything in life that is sacred or is everything up for grabs, can their slagging go anywhere or are their boundaries they shouldn’t cross?

Set in a pub, the language of the characters is very real and funny with sometimes a very edgy side to it, says Brown.

For more information and to book ticket visit www.vikingtheatredublin.com