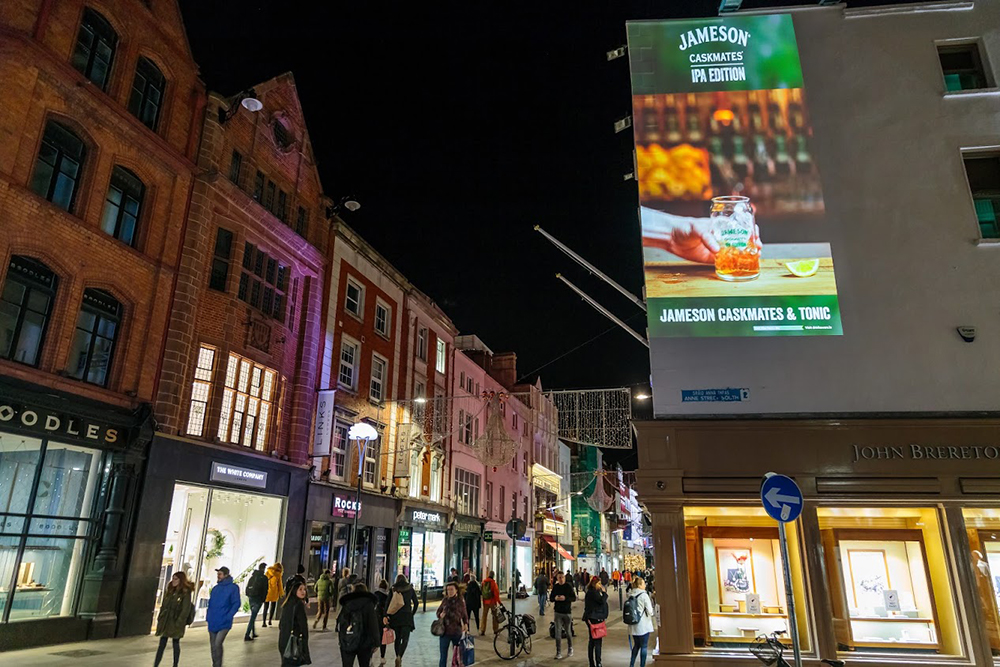 The Irish Distillers-owned Jameson Caskmates launched its new “signature serve” of Jameson Caskmates and Tonic over the recent bank holiday weekend by projection displays across a number of key landmark locations in Dublin, attracting considerable attention from the public in the process.

The campaign involved a collaboration that included Kinetic, Orbscreen and Spark Foundry and the locations used included Barnardo Square, Camden Street, Grafton Street and Dame Lane. In a business first, Dublin based Nightlight used its new ball-joint projection mount to allow for a fully flexible projector setup. To really make it stand out, Nightlight used a ten thousand lumen projector that made the creative highly visible all around the city. The creative for the activation was designed by CKSK, the digital innovation and strategy agency which created a 10 second video as part of the campaign. 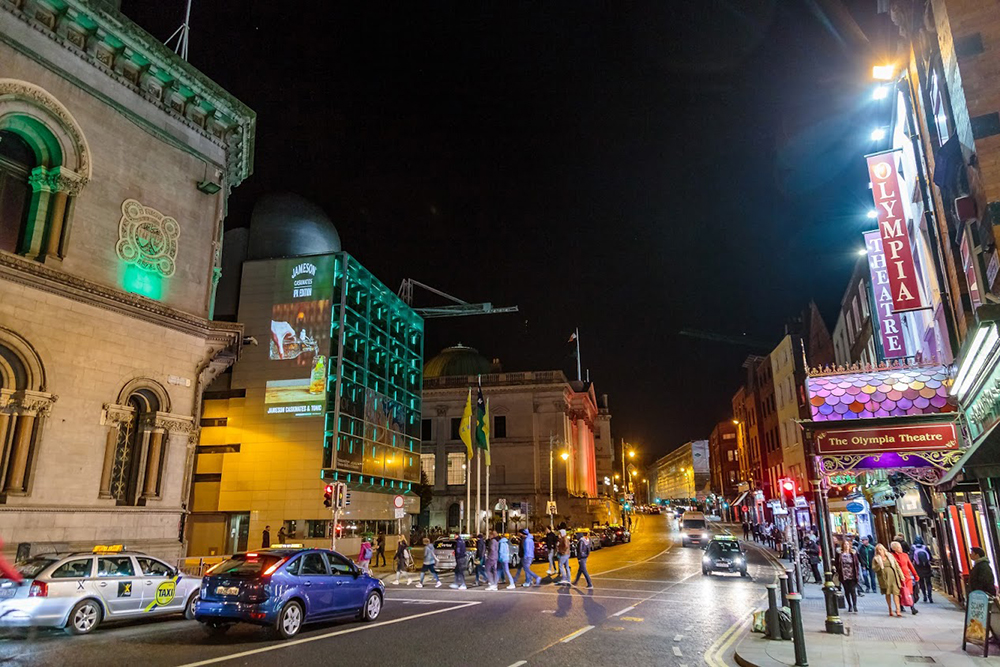 According to Jameson Brand Manager, Ronan Linehan: “Having numerous projections happening over one night in various locations was a first for Jameson. It was the perfect way for us to push the boundaries and really put Jameson Caskmates and Tonic on the map. The projections were hugely effective in garnering attention from consumers and we feel that this type of disruptive activity is what makes Jameson stand out.”